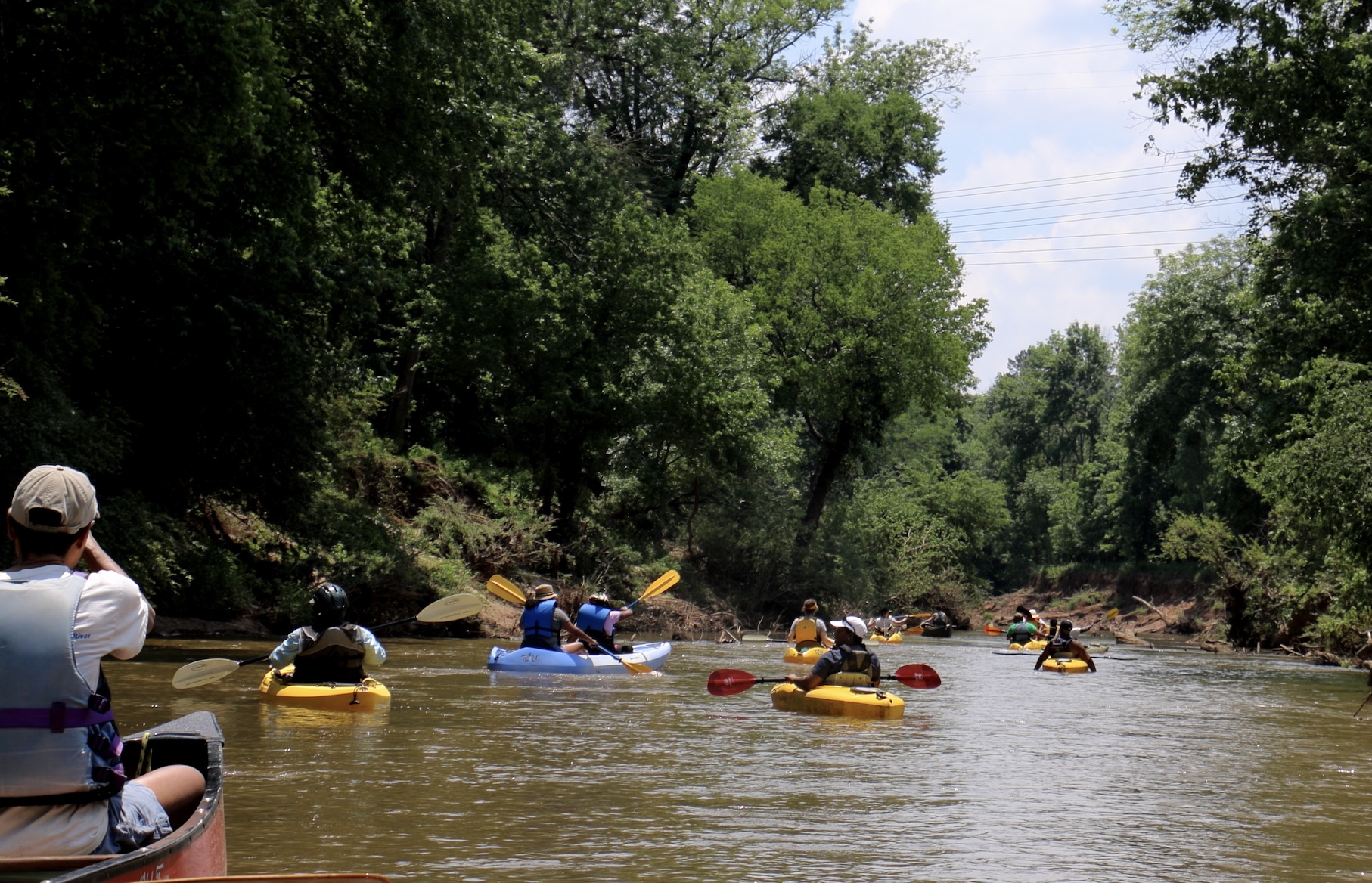 A polluted river isn’t like a pothole – it doesn’t shriek for attention every time you drive over it. The polluted South River is quiet like that, though now its advocates are calling on DeKalb County to stop dumping raw sewage into the river. 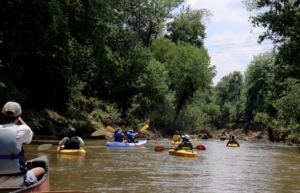 Paddlers enjoyed one of the popular excursions on the South River, traveling in May along a stretch of waterway located within Arabia Mountain National Heritage Area. Credit

The South River Watershed Alliance has notified DeKalb County of its intent to file a lawsuit under the nation’s Clean Water Act. The alliance intends to ask a federal judge to order DeKalb County to comply with a court-ordered federal consent decree and make the fixes to the sewerage system to which DeKalb County agreed in 2010.

The alliance contends DeKalb County has failed to meet a deadline of Dec. 20, 2017 to establish a countywide hydraulic model to show the sewer capacity for the entire watershed during rain and dry periods. In addition, the alliance observes DeKalb County has notified the federal government that it will not meet a June 20, 2020 deadline to complete all repairs in priority areas.

DeKalb County CEO Michael Thurmond’s office released a statement Monday saying Thurmond established compliance with the consent decree as a priority following his election in 2016. The county is aware of the alliance’s intent to sue, according to the statement, which observes: 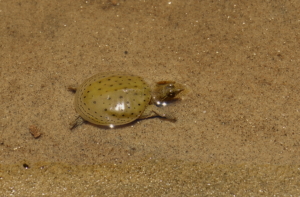 Small creatures that inhabit the South River are visible to the watchful eye during a trip in May. Credit: South River Watershed Alliance

The spills cited by the South River Watershed Alliance are no secret. The county routinely emails notices of sewer spills to those who reeuest the information.

That said, the alliance contends DeKalb County does not always report sewage spills with in seven days – this spreadsheet covers two pages. Another report is fairly dramatic – 20 pages are filled with reports of about 750 sewage spills reported from July 2014 to May 2019.

The South River Watershed Alliance is suing under the federal Clean Water Act because it’s not a party to the consent decree. In contrast, the Chattahoochee Riverkeeper was a party in the lawsuit that resulted in the federal consent decree that resulted in ongoing repairs to Atlanta’s sewerage system. That participation enabled the Chattahoochee Riverkeeper to play a role in monitoring progress.

DeKalb County’s defense of complaints about its sewage releases has been similar to Atlanta’s former defense – the sewerage system is old, leaks and can’t meet the demand of a burgeoning population. Rain events worsen the woes as stormwater runoff further overwhelms the system.

Jackie Echols, president of the alliance’s board, said Monday the time has arrived for DeKalb County to stop dumping raw sewage into waterways and commit to a step-by-step timeline. Without a schedule for interim repairs, the work won’t get done on time, Echols said.

In a statement Echols observed: 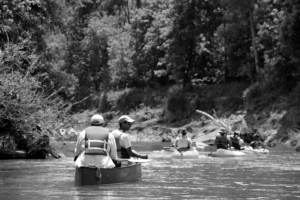 Paddlers on the South River see an array of grasslands and forested areas typified by a mix of oak, hickory and pine trees during a trip in May. Credit: South River Watershed Alliance

The statement from Thurmond’s office provides these specific details of DeKalb County’s efforts to eliminate spills:

The statement also addressed delays at the Snapfinger Wastewater Treatment Facility Expansion project. The work was to be complete in 2016, according to a Dirty Dozen report by the Georgia Water Coalition. The project now is 57 percent complete and due to open in February 2022, at a capacity of 55 million gallons a day.

The statement provided this reason for the delay: 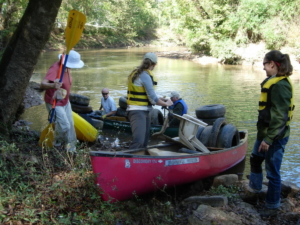 It’s far from home for most of the people in metro Atlanta. It springs from the ground near Atlanta’s airport and isn’t really heard from again.

Pollution woes in these rivers in this system have been cited by the Georgia Water Coalition. The coalition’s annual Dirty Dozen report included Altamaha River in 2015 and 2018; South River in 2016; and Ocmulgee River in 2018.

The convergence of concerns about the South River and its impacts on it streams and communities farther to the south prompted this comment from Altamaha Riverkeeper Jen Hilburn: