Atlanta’s two largest utilities – the Southern Co. and AGL Resources – are becoming one.

Southern Co. announced Monday morning that it is acquiring AGL Resources in a $12 billion transaction – one that will create a leading electric and gas utility in the nation.

The combined utility will have nine million customers in nine states.

The boards of both companies met on Sunday and approved “a definitive merger agreement,” according to a Southern Co. release.

The shareholders of AGL Resources will receive $66 per share, a premium of 36 percent.

“As America’s leader in developing the full portfolio of energy resources, we believe the addition of AGL Resources to our business will better position Southern Co. to play offense in supporting America’s energy future through additional natural gas infrastructure,” said Thomas A. Fanning, Southern’s chairman, president and CEO, in the release.

“For some time we have expressed our desire to explore opportunities to participate in natural gas infrastructure development,” Fanning continued. “With AGL Resources’ experienced team operating premier natural gas utilities and their investments in several major infrastructure projects, this is a natural fit for both companies. Moreover, this transaction is expected to position Southern Company to enhance earnings growth while maintaining a strong balance sheet and improving cost-effectiveness.” 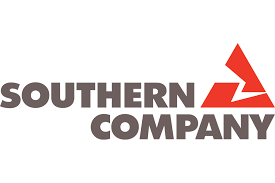 “AGL Resources’ management team and board of directors wholeheartedly support this transaction, and we believe it will provide new opportunities and enhanced value for our shareholders, customers and employees,” AGL’s Chairman and CEO John W. Somerhalder II said in the release. “The purchase price is reflective of the strong platform for growth that we have diligently cultivated over the past several years, and accelerates value recognition for these efforts.”

AGL the parent company of Atlanta Gas Light, is one of the oldest companies in Georgia – dating back to 1856 when it started provided gas lights on Atlanta’s streets.

Southern Co., one of the largest utilities in the nation, is the parent company of Georgia Power, Alabama Power, Mississippi Power and Gulf Power. It also owns Southern Nuclear, SouthernLINC Wireless, Southern Power, Southern Company Generation and Southern Company Transmission. Its origins date back to 1883.

When completed, the combination will create the second-largest utility company in the U.S. by customer base.

The combined company will have:

* Operations of nearly 200,000 miles of electric transmission and distribution lines and more than 80,000 miles of gas pipelines; and

After closing, AGL Resources will continue to maintain its own management team and its own board. It will operate like Southern Co.’s other operating subsidiaries with AGL Resources maintaining its own corporate headquarters in Atlanta.

Customers will continue to be served by their current gas and electric utility companies.

Until the transaction has received all necessary approvals and has closed, the companies will continue to operate as separate entities.

Southern Co. has committed financing from Citigroup Global Markets Inc. and plans to put long-term financing in place prior to the closing of the transaction.

Completion of the transaction is conditioned upon, among other things, the approval of the AGL Resources shareholders and certain state utility and other regulatory commissions. The transaction is also subject to the notification and clearance and reporting requirements under the Hart-Scott-Rodino Antitrust Improvements Act of 1976. The companies expect to complete the transaction in the second half of 2016.

For more information about this agreement, please click here.