Moody’s issued guidance that affects over $30 billion of debt and credit facilities in a rating action released Wednesday.

The action also noted the positive impact resulting from steps taken by utility regulators to manage through the impact of the federal tax reform approved in 2017.

In an earnings call on Wednesday, Southern Co. Chairman, President and CEO Thomas Fanning outlined asset sales that have closed this year and two that are expected to close in 2019. The total value exceeds $4.7 billion:

These transactions were noted by Moody’s analysts, who observed in their rating action: 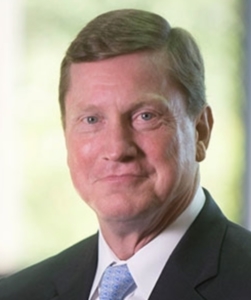 The rating action underscores the extent to which the utilities and their parent company are grappling with complications in construction projects.

The woes at Plant Vogtle are well known. Following the bankruptcy filing by Westinghouse, a major partner, Georgia Power is addressing workforce challenges that are likely to affect the ability to bring Vogtle’s two nuclear plants on line, in November 2021 and November 2022.

Brighter news has emerged from Mississippi Power. The company was on track to complete construction the Kemper Integrated Gasification Combined Cycle plant. It was on track to resolve cost recovery issues associated with the plant, and the received a $1 billion contribution from Southern.

The three events prompted Moody’s in September 2017 to declare the company’s credit outlook as stable.

Alabama Power received a rating that is: