Spelman College graduate Lisa Cook may be the first Black woman to serve on the governing body of the nation’s central bank. 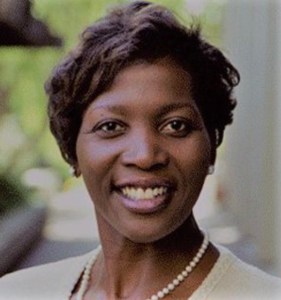 Cook is reported to be a potential nominee to a 14-year term on the board of the Federal Reserve. An official announcement is expected from the White House as early as January, according to a Dec. 28, 2021 report in The Wall Street Journal.

Cook has worked at Michigan State University since 2005, specializing in economics and international affairs. Previously, Cook worked at the Treasury Department and Stanford University and had conducted post-doctoral research at Harvard University. In 2011, she took a year off to serve as a senior advisor on the Council of Economic Advisers, in the Obama White House.

Cook, if nominated by President Biden and confirmed by the Senate, would bring to the Fed board the perspective of a child of Milledgeville. Cook grew up in the desegregation era of Central Georgia and went on to shape her views on economics and human potential at academic institutions in the Deep South, England, Senegal and California. She speaks English, French, Russian, Spanish and Wolof, according to her bio.

Biden has been lobbied by an array of Black-led organizations to name a Black person to the Fed board and other Fed jobs. The NAACP, NAACP Legal Defense and Education Fund and Black Economic Alliance are among the entities that signed a Nov. 1, 2021 letter to Biden.

“It is time to put professionals with the first-hand lived and professional experience of Black Americans at the leadership table of the Federal Reserve to steer policy, practices, and regulation that will benefit the entire economy — particularly the most vulnerable segments, including Black people…” the letter reads. “There is a pool of strong Black candidates who possess the necessary experience to serve as Chair, Vice Chair, Vice Chair for Supervision, and Member of the Board of Governors…”

Cook earned a bachelor’s degree at Spelman, where she was the school’s first Marshall Scholar. She took a second bachelors degree from the University of Oxford. Cook earned her masters at Senegal’s Universite Cheikh Anta Diop de Dakar before earning her doctorate at the University of California, Berkeley, according to her bio.

Cook has delivered a steady stream of research, much of it focused on financial access for the poor, inequality in invention and the economic impact of hate-related violence. A few examples include: