St. Simons to sea turtles: ‘We’ll be here. Waiting. (For as long as it takes)’

Sea turtles and the volunteers who count their nests share the limelight in the 2020 nesting season in what was the Summer of Pandemic. This includes even the group at St. Simons, which counted just three nests. 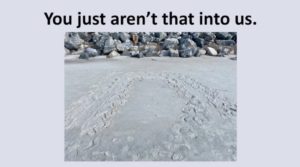 St. Simons Island recorded just three sea turtle nests in 2020, and a whimsical love letter video from volunteers to turtles says the reason is simple: ‘You just aren’t that into us.’ Credit: youtube.com

Most years, turtles take the headline of the annual autumn story about the number of turtle nests found along Georgia’s coast. And there’s good news this year – an above-average count of 2,793 nests, plus more than 170,000 hatchlings, were documented by the Georgia Sea Turtle Cooperative.

This good news was provided through the efforts of volunteers. For the 32nd season, volunteers with the group that’s become the Georgia Sea Turtle Cooperative have helped scientists track sea turtle nests on Georgia’s coast. The number and hours of these volunteers aren’t part of the report to the public of sea turtle nests and hatchlings.

Volunteers came out again in 2020, despite the COVID-19 pandemic and whatever upheaval it was causing in their personal lives.

Volunteers walk the beaches to help count these nests and hatchlings. They deliver data to scientists who crunch the numbers. Whatever their motivations, each volunteer agrees to show up, in weather fair or foul. 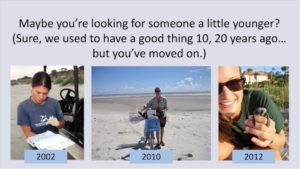 Sea turtles may have lost interest in nesting on St. Simons Island as time has passed and the team of young volunteers has aged, according to a humorous message posted by the St. Simons Island Sea Turtle Project. Credit: youtube.com

They come even when there’s not much to count.

The crowd at St. Simons turned a sun-shiny face to their telling of their low-count summer for the end-of-season video compiled for the coop’s Virtual Fall Meeting, which was posted Oct. 21. In one segment, the St. Simons Island Sea Turtle Project: Our Year in 2020, Catherine Ridley, the volunteer project leader, begins the show:

The count of three sea turtle nests through the entire summer on St. Simons Island prompted Ridley to observe:

And with that, a rendition of Angel of the Morning begins, a 1960s torch song playing behind a series of slides with a love letter to turtles that reads: 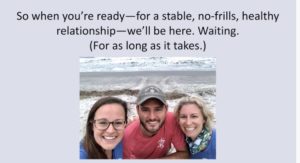 Despite being jilted by sea turtles in 2020, the volunteers of the St. Simons Island Sea Turtle Project promise to remain true. Credit:youtube.com 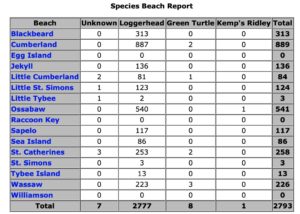 Previous Article
‘Young, gifted and Black’ is not enough for Atlanta’s next generation
Next Article
‘We have to continue these conversations’