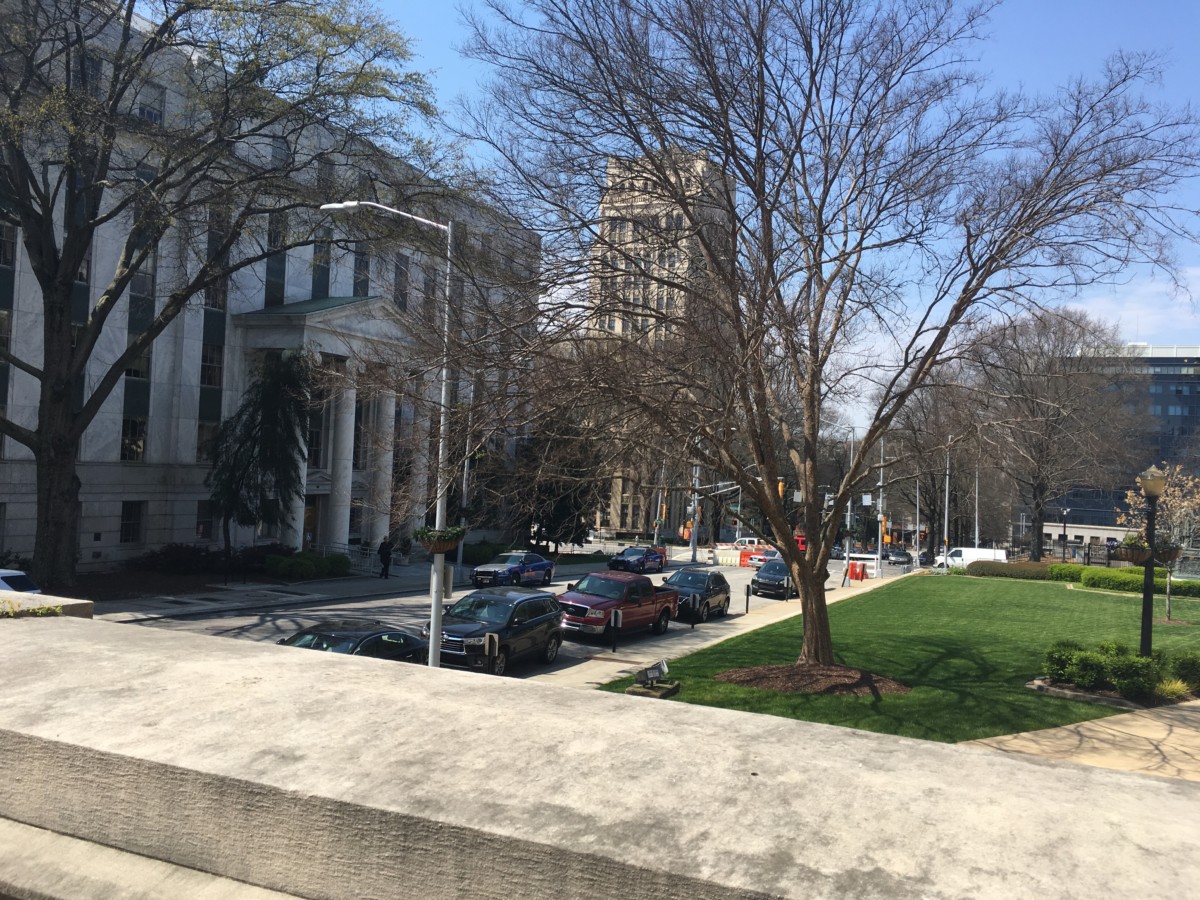 The street that runs between Atlanta City Hall and the state Capitol has become a battle line between the near-neighbors Downtown.

The three-lane block of Mitchell Street alongside the southwest side of the state Capitol has been closed to vehicles for weeks. It was closed just after a young man allegedly brandished a gun at a security guard on that block of the street. 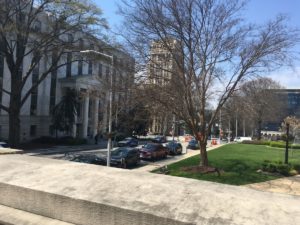 A view of Atlanta over Mitchell Street from the state Capitol. Credit: Maggie Lee

And now the state Legislature has approved legislation that says it shall be closed permanently.

“Our position is still that the city owns the street and we will continue conversations with the governor and GDOT [Georgia Department of Transportation] after the session about the future of Mitchell Street,” wrote Bottoms’ spokesman Michael Smith in an email just before the House voted final approval of the bill.

“Ladies and Gentlemen this is a safety issue, we’ve been talking about closing Mitchell Street since 1953,” said Hatchett, ahead of the House floor vote on Friday.

The bill text claims that the street is part of state-owned property anyway.

The street runs between the state Capitol and its office buildings, so during the three-month legislative session at the beginning of each year, it’s a busy crossing.

The idea didn’t get a warm reception at a meeting of city of Atlanta lawmakers on Friday.

“Is this the first of many streets that they may like? They really like this area around the Capitol. They think they’re making it beautiful for the city of Atlanta,” said state Rep. Pat Gardner, D-Atlanta. “But there is the Fulton County Courthouse and the Fulton County administration building, the … Atlanta City Council area and all of Georgia State that would be impacted the other nine months.”

“I do think this is one where the public would stand with us,” said Cannon.

Just after that meeting, the state House approved the bill by a vote of 106-59.