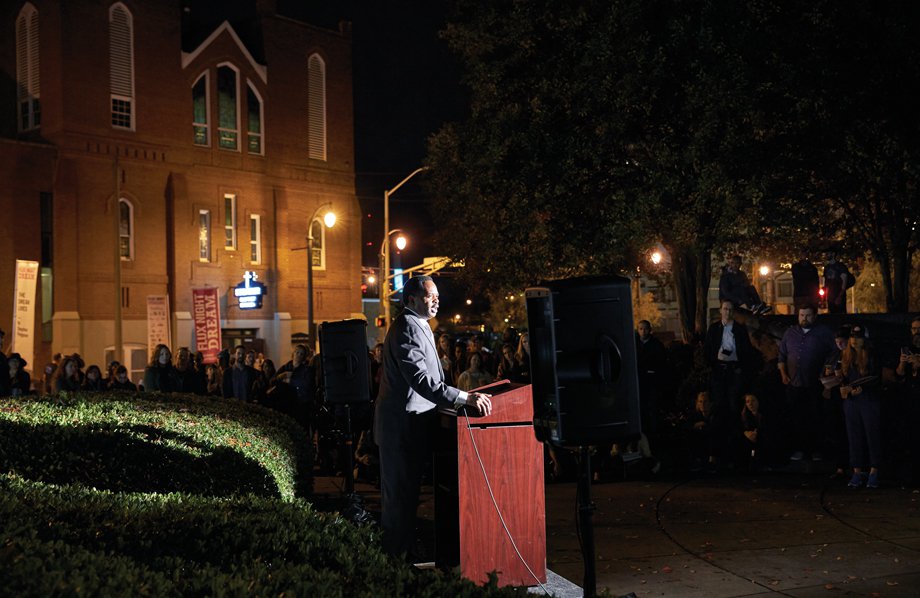 During this 33rd annual observance of the Martin Luther King Jr. National Holiday Observance and February’s Black History Month one of the nation’s most sought after speakers is Stephon Ferguson, whose compelling and captivating impersonation of MLK is said to be one of the best ever heard or performed. He nails Dr. King’s tone of voice, cadence, character and charisma. 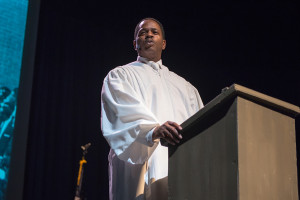 “I try to memorize Dr. King’s speeches just like he said it; the articulation, the voice,” Ferguson says during a recent interview in my SCLC office. “Yes, I act Dr. King, I become Dr. King.”
And, in the blink of an eye he does just that right before my eyes. “Well, I guess you could say I transform into Dr. King. And, then I begin to delve deeply into the philosophy of Martin Luther King Jr. and be able to reinvigorate the ‘Dream’ for people,” he says distinctly and dramatically in King’s voice.
You can snap right into that MLK persona, it seems almost automatic for you, I ask with a stunned smile.

“Well, it is very automatic,” Ferguson continues in his MLK character voice. “It’s something I’ve been doing for many years, and I know it is a gift from God. I just want to be able to take that gift and serve it to the world.” 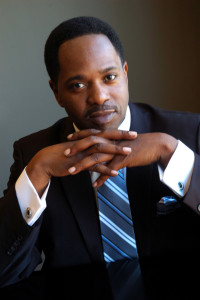 He later explains that, “when I get into the spirit of Dr. King it’s as if – and this may sound kind of strange – Dr. King taps me on the shoulder and says ‘I got it. All you need to do is open your mouth and I’ve got it from there.’ So I know it is my calling. It’s not something I sought out; it kind of sought me out.”

Ferguson first discovered his unique talent 15 years ago while working as a disc jockey and religious comedian at a Fayetteville, North Carolina radio station. A friend heard him imitate Dr. King during a broadcast one day and told him: “Man you sound just like him. You should really consider at least memorizing the I Have a Dream speech. Just imagine how many people’s lives you could bless sounding like him today.”

I took that comment he said and I started learning, Ferguson recalls. “As I began to memorize King’s speeches, I realized that God had called me to help reinvigorate the words of Dr. King.”
Four years ago, Ferguson says, comedian/activist Dick Gregory told him “You come at a good time because 50 percent of the people in America were not even born when Dr. King delivered that speech so when they hear you it is like they are hearing Martin Luther King Jr. for the first time, and that’s really important.” 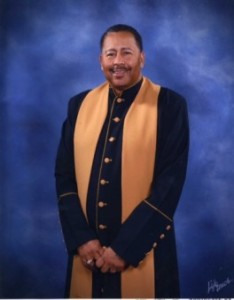 Rev. Dr. William Flippin, pastor of Atlanta’s Greater Piney Grove Church, where Ferguson also serves as Associate Minister, met this prime-time Martin Luther King Jr. mimic in Chicago during the conventions of The Rainbow Push and Alpha Phi Alpha Fraternity several years ago. He was awestruck by the uncanny replication of King’s words and persona.

“His recitation of Dr Martin Luther King, Jr. was a bit frightening and also electrifying,” he recalls. Dr King has been dead for over four decades. Nowhere else had I heard not only the words of Dr King but also felt the spirit and anointing of this prophet of justice and equality. Immediately, we connected and he later became a member of our church (after I told him, he needed a church home). This generation of our young seem so loss and misguided and I rejoiced that Rev. Ferguson was sent just as Dr. King to stir up their souls and our memories that a beloved community can still be realized.” 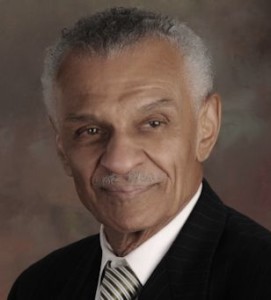 Dr. C.T. Vivian, the renowned civil rights activist and Presidential Medal of Freedom recipient who worked side by side with Dr. King at SCLC is not easily impressed by those who chose to copy or cheapen his friend’s words and work. Ferguson he admits is “very good at it.”

“Of the many people I have heard who attempt to imitate or impersonate Martin King [Ferguson] is a true professional. He is the best I have ever heard. Word for word, he captures the essence of Dr. King. And, if you were not looking at him you really would think he was Martin.”