After three years as associate superintendent for the Atlanta Public Schools, Steve Smith is leaving the school system to return the private sector.

The APS Board of Education approved a consulting contract for Smith to help incoming Superintendent Meria Carstarphen as well as the many school board members to provide continuity during transition. He will be paid $114,300 during the six-month consulting contract.

“I am honored to have served our school system for this critical three-year period and to be part of a team that has had a positive impact on the lives of students in our city,” Smith wrote in a text Monday night. “I will continue to support public education even as I return to private sector work.”

In his role at APS, Smith has been working alongside interim Superintendent Erroll Davis with executive control over all areas of the school system. He has had primary oversight for communications, policy, charter schools and external affairs for the district. 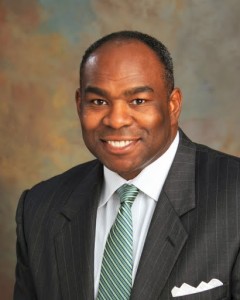 Smith joined APS after starting his own business consulting firm in 2009.

Before that, Smith was vice president of corporate responsibility for Turner Broadcasting System Inc. He served as the company’s liaison to elected officials and community leaders, and he was in charge of the development and implementation of the company’s community relations and market engagement strategies.

Smith has a 25-year career in s 25-plus years of business leadership, including serving as director of administrative services for Georgia Public Broadcasting. He also served as a principal in the Fulton County School System from 1991 to 1997.

Smith is a graduate of Leadership Atlanta and Leadership Georgia. He is a founding investor and board member of a $1 billion community bank based in Buckhead, Atlantic Capital Bank.

In 2010, Smith completed the executive format of the University of Georgia’s (UGA) Master of Business Administration (MBA) program at Terry College. The program included an international residency to Vietnam and China.