The four-day festival is next week. (Photo courtesy of Stone Mountain Park.)

In September, Stone Mountain — the largest exposed piece of granite in the world — will be dotted with annual blooms of the Yellow Daisy. Discovered in 1846, the plant is only found around the mountain. 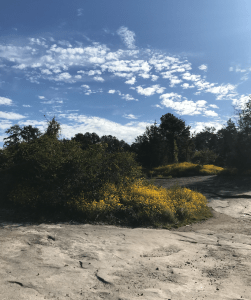 To celebrate the blooming season, Stone Mountain Park is hosting its 54th annual Yellow Daisy Festival — a four-day event filled with art, music and classic fair foods — from Sept. 8 to 11. With a legacy five decades in the making, Senior Manager of Communications and Digital Marketing Jehan Williams said that the festival has become a tradition for many local families.

“It’s generational. Grandma, mom, daughter — they all come together,” she said.

The free festival will include an artist market with over 300 vendors showcasing their work — all entirely handmade — spanning a wide range of mediums including jewelry, metalwork and pottery. 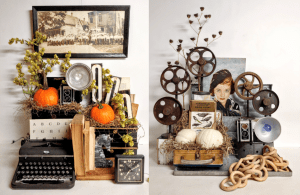 One of the vendors at the Vintage Village. (Photos courtesy of Stone Mountain Park.)

New to the festival this year will be a Vintage Village with curated antiques, home goods, decor and collectibles. Stone Mountain used to host a Country Living Fair, a big hit in the community which featured a similar inventory, but the fair has since been downsized due to the pandemic. The Vintage Village will take its place instead and, Williams added, could eventually become a stand-alone event.

The festival will also feature live music — DJ Chico of Warner Robins, Ga. will curate the tunes for the first two days, followed by jazz, rock and gospel performances on Saturday and Sunday.

Over the years, the Yellow Daisy Festival has received several accolades, including being named a Southeast Tourism Society Top 20 Event and voted one of the top arts and crafts shows in the nation by Sunshine Artist magazine. With over half a century under their belts, the Stone Mountain Park team is proud of its role and staying power in the community.