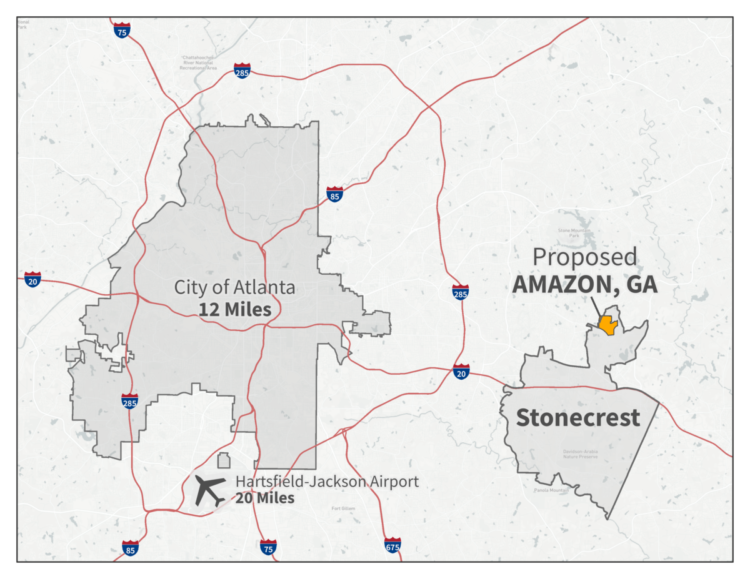 Amazon could have its own city in the Stonecrest area of DeKalb County. Credit: Stonecrest

The DeKalb County city of Stonecrest is doubling down Wednesday morning on its nationally recognized bid for Amazon’s second headquarters, with the unveiling of a guerilla campaign to deliver its marketing message directly to every mobile device in Amazon’s offices in Seattle.

The campaign uses a digital tactic – geo-fencing – to spread the message of Stonecrest’s community attributes to employees of the digital giant. Details are to be shared at a media event Wednesday morning.

Using the wonders of technology, Stonecrest is to deliver a marketing message to the mobile devices of all Amazon employees when they are located at the company’s 30-plus locations in Seattle. The message is to remain visible on the device for a month, according to a spokesperson for smartreachdigital.com. Here’s how the message system is to work: 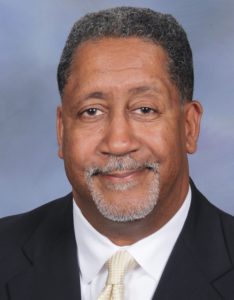 The media certainly has been having a field day with Stonecrest’s bid. It’’s been positive.

Headline News named Stonecrest’s proposal to enable a City of Amazon as the “most creative” bid for the digital behemoth’s second HQ.

Forbes.com cited Stonecrest’s bid first its list of “Marketing lessons we can learn from cities trying to secure next Amazon Headquarters.”

CNBC cited only Stonecrest in its list of potential sites in Georgia for a second Amazon HQ. The ballyhooed site called the Gulch, in Downtown Atlanta east of CNN center, wasn’t mentioned.

The Stonecrest mayor describes the pitch for Amazon as an earnest effort to attract a company that promises $5 billion in investment and the creation of 50,000 jobs.

“We think creatively here Stonecrest and are eager to launch this innovative tactic to educate Amazon executives on the benefits of placing HQ2 in Amazon, Ga.,” Stonecrest Mayor Jason Lary said in a statement. “In addition to obtaining an enduring corporate brand with its own city, Amazon will have immediate access to the world’s busiest international airport, incredible highway and transit and the most highly-educated minority workforce in the South.”

The Stonecrest City Council already has voted to de-annex 345 acres and donate it to Amazon for construction of the Amazon headquarters. The job of mayor of the new city of Amazon is open to Jeff Bezos if he wants it, according to Stonecrest’s offer.