The founder of StoryCorps came to Atlanta Wednesday evening to celebrate the opening of the “flagship” home for the ambitious oral storytelling initiative.

“We are here to launch StoryCorps Atlanta 2.0,” said Dave Isay, founder and president of StoryCorps.

StoryCorps, which has been taping stories of Atlantans out of  StoryBooth at Public Broadcasting Atlanta’s WABE since October, 2009, has relocated to the Atlanta History Center. The StoryBooth studio is now based in the Franklin Miller Garrett library, named after the infamous Atlanta historian. 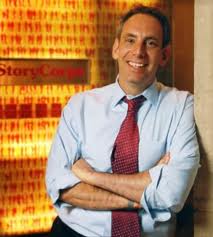 “If you are going to do something that’s going to represent the city, it’s got to be the best, “ said Milton Clipper, president and CEO of Public Broadcasting Atlanta. “There are only three permanent StoryCorps sites in the country, and I thought Atlanta ought to be the best. I hope it becomes the standard for StoryCorps around the country.”

Isay said StoryCorps started in 2003 in a StoryBooth in Grand Central Terminal in New York. The idea is to record a 45-minute conversation between two people. Often times, a three-minute clip of those conversations is aired on public radio stations across the country.

It became a national project two years later, and it now has permanent studios in New York, San Francisco and Atlanta as well as mobile booths that travel the country. So far, there have been more than 45,000 interviews that have been recorded.

All the recorded interviews are housed at the Library of Congress as a way to capture stories of this time in human history.

In Atlanta, StoryCorps is recording about 900 interviews a year, and it has already done about 2,500 interviews. Facilitators help coordinate the process.

During his presentation, Isay played several StoryCorps clips — some funny, some sad, all poignant. 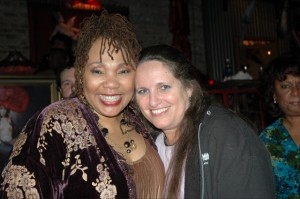 In the interest of full disclosure, my dear friend, Bill Bolling (who I have adopted as my brother) and I did a StoryCorps interview a while back.

A three-minute recording aired on Jan. 15 in honor of Martin Luther King Jr.’s birthday about my memories of King and my friendship with his oldest daughter, Yolanda King. It seems only fitting to post that interview in this story today on the 45th anniversary on the eve of King’s assassination.

“We are collecting the wisdom of humanity,” Isay said. “There are stories all around us. Someday we want for StoryCorps to be part of the fabric of this country. We are telling stories of our shared humanity.”