An interesting meeting is set for June 10, one that will bring elite bankers together with street-wise advocates of the working poor in order to help a low-wealth community in Atlanta. 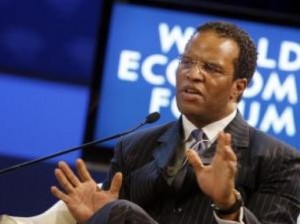 The goal is to devise a program that will teach financial literacy to those who don’t live in a world where financial advisors reach out to them. There’s a chance that lessons in entrepreneurship may be in the curriculum that is to begin this autumn.

Operation HOPE’s CEO and founder, John Hope Bryant, said in a statement that the expanding relationship with Sun Trust will further enable the global non-profit to continue its mission of helping those who are financially disadvantaged to benefit from free enterprise.

Operation HOPE and Sun Trust have been partners since 2010 at Atlanta’s HOPE Center, which provides economic education and empowerment. The dignity center is located at Ebenezer Baptist Church, in the Martin Luther King, Sr. Community Resource Facility. Sun Trust provided a $1 million contribution to that program.

The new program is to be funded with an additional $1 million commitment from Sun Trust to Operation HOPE. 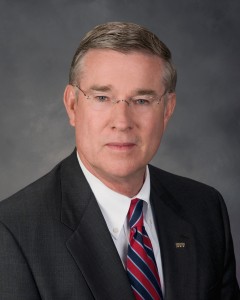 The exact nature of the program, what Mahurin called its “curriculum,” hasn’t been determined. That’s part of the agenda of the June 10 meeting, said Mahurin, whose official title is financial well-being executive. The 42-year Sun Trust executive, who’s based in Orlando, previously served Sun Trust as president/CEO of the Gulf Coast/North Florida division. He started with the bank as a coin roller and teller, according to his biography with the Florida Chamber of Commerce.

Mahurin did say that Sun Trust could support a component of entrepreneurship, especially if it could relate to similar programs offered elsewhere in metro Atlanta.

Both the Metro Atlanta Chamber of Commerce and Invest Atlanta, the city’s development arm, have established programs to foster those who are trying to start businesses. Invest Atlanta formed a non-profit entity in April, named Startup Atlanta, to serve as a central hub for new ventures and chose Bess Weyandt to serve as its executive director.

“Operation HOPE has experience in that and, if there’s a partnering opportunity, we’d love to find out more about it and how we could hitch on to that,” Mahurin said.

Mahurin said a site in Atlanta for the new program hasn’t been confirmed.

One possibility he mentioned is in Centennial Place, the mixed-income developed by the Atlanta Housing Authority at the site of the former Techwood Homes, near the Georgia Tech campus and the Coca Cola tower.

Previous Article
Atlanta improves its ‘ParkScore’ rank, but still in bottom half of U.S. cities
Next Article
‘Frances HA’ — a funny, unexpected and adorable film about a dancer