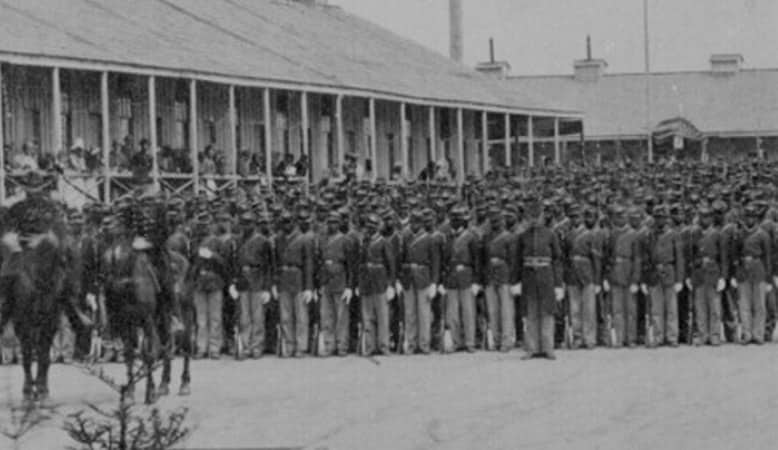 Susie Baker King Taylor, born in 1848 in Liberty County, is celebrated as the only African American woman ever to have written an autobiography of her enlistment and service as a teacher and a nurse in the first all-black regiment in the history of the U.S. army. Yet very little has been written about her private emotions, frustrations, and disappointments. These aspects of Taylor’s life resonate very deeply within my own spirit, and are just as compelling as her public achievements.

More poignant to me is the continuity of female kinship networks that this Geechee-born heroine of freedom was able to maintain among her family in the South and the community that she built in the North. And I am inspired by her profound knowledge that these kinds of relationships among black women were essential to their social, emotional, and spiritual well-being.

She wrote Reminiscences of My Life in Camp with the 33rd United States Colored Troops not as a regimental history and not as a slave narrative, but as a catharsis to soothe her soul from the racism that bruised her personally. In her native Geechee, an Africanized-English creole language spoken among blacks who retained West African traditions on the coastal Georgia plantations, Taylor wrote Reminiscences in order to “krak teet fa ‘eel ‘e bodi en soul en myne“: speak for the healing of her body and soul and mind.

The decades after the Civil War and Reconstruction saw a proliferation of racial discrimination, riots and violence, and segregation of public facilities throughout the North and South. During the war Taylor, in her youthful hope and naïveté, viewed emancipation, freedom, and justice as the great equalizer, but she matured into womanhood with her eyes wide open about the truth of American constitutional ideals and its meaning in the lives of African Americans in the United States.

In 1866 Taylor had begun to feel the hatred of southern whites towards free blacks, especially those who had defied southern plantocracy by escaping the plantations and siding with the Yankees. The love of her life, Sergeant Edward King, who she married during the Civil War, was a non-commissioned officer of the 33rd USCT and a master carpenter. He was denied numerous jobs in Savannah because white business owners viewed him as a black traitor. When King died a few month later and Taylor was left a pregnant widow alone in the city, she traveled back to Liberty County to be with the women who had nurtured her as a child and who taught her to “play fool and catch smart” as an important tool for survival in the antebellum South.

The twentieth-century writer, folklorist, and cultural anthropologist Zora Neale Hurston wrote in Their Eyes Were Watching God, “There are years that ask questions and there are years that answer.” For Taylor the questions mounted: What am I going to do? How will I support my son and myself? What kind of work will afford me the economic resources to live freely in liberty? The answer that year came in the decision to forego her dream of teaching in the South to secure work as a domestic up North, leaving her son with her kinfolk in Georgia. Taylor realized that who she had become upon her escape from slavery and enlistment in the 33rd U.S. Colored Troops in the War Between the States was not who she could be as a free person in the South.

When Taylor first arrived in Boston in 1874, she frequently corresponded with her kinfolk in Liberty County, writing letters especially to her grandmother Dolly and her mother, Hagar Ann, who were caring for her young son. By righteous stealth she had become a teacher during the war, but her passion was nursing. It was in her matrilineal bloodline to heal and care for the hurting. As a child, the stories she absorbed while in her mother’s and grandmother’s laps were about her great-grandmothers Dolly and Susanna, whose professional fame lay as midwives delivering babies along the coast and inland in Riceboro, Darien, Midway, Walthour, and Doctortown.

By 1879 Susie King had married Russell Taylor and continued to work as a domestic. Ever a compassionate caregiver, she and her black club women founded Branch #67 of the Women’s Relief Corps (WRC), an auxiliary of the Grand Army of the Republic that assisted Civil War veterans — essentially an extension of her service as a nurse in the Union army. The WRC promoted Memorial Day and patriotic education, and petitioned the federal government for nurses’ pensions, working closely with Congress to legislate and pass the American Nurses Pension Act. 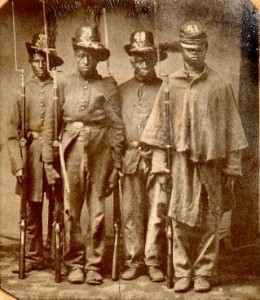 Taylor’s kinfolk back home in Georgia were rightly proud of her accomplishments up North: over the years she was well respected among white and black women’s groups for her bravery, courage, and heroism during the war. Taylor’s leadership skills were also admired by the veterans, particularly by her comrades of the 33rd, whom she met occasionally in and around Boston. They would extend their gratitude to her for teaching them their letters and their numbers and caring for the wounded in Company E. A few of them even encouraged her to write about her experiences with the 33rd, as they were all getting up in age.

By 1892 Taylor applied for her Union Army nurse pension. In 1895 when congress and the national WRC reviewed the 1892 Union Army Nurses Pension Act, Taylor’s and other black women’s applications were again rejected on the basis of their official enrollment titles. In 1863 young Susie and other black women had enrolled as a “laundress,” but performed the same work as white nurses. Formally, the pension act excluded laundresses. What a blow to her identity! She must have thought, How do nurses betray nurses? How does a black woman ask the United States Congress a question about its betrayal to black women who served the Union army?

1896 would be the year that she would get the answer. The U.S. Supreme Court ruled in Plessy v. Ferguson that the doctrine of “separate but equal” was constitutional. What another devastating blow to black people and the meaning of the 13th and 14th amendments to the U.S. Constitution, which formally abolished slavery and granted citizenship, due process, and equal protection of the laws in this country. Taylor considered this an ominous foretelling. Little did she know that this landmark case would wound her as if she herself had been maimed by an enemy attack during the War Between the States. 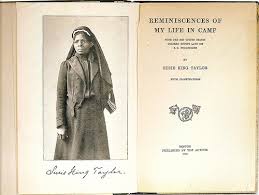 Two years later, in February 1898, Taylor received an express letter that her beloved son, now 31 years old and an actor playing a starring role in a production of Lion’s Bride in Shreveport, Louisiana, had suddenly fallen ill and was hemorrhaging severely. Shreveport was no friend to blacks, and its doctors were not interested in providing medical attention to the “uppity” ones. When Taylor arrived in the city a few days later via Southern Railway’s Queen and Crescent passenger train, her son’s prognosis was grim. She immediately walked back to the station to purchase a ticket for private accommodations so that he could be transported to Cincinnati,  where doctors would care for persons no matter their race. Southern Railway refused to sell her a ticket.

After his death, she returned to Boston to perform her duties at Branch #67 and to do light domestic work. On April 25, when the Spanish-American War broke out, the corps sent care packages, but her typical enthusiasm for civic service was not there. The black Boston newspapers were reporting on the racial discrimination by the U.S. military toward its brown allies in Cuba, and this made her blood curdle. At the beginning of August that brief conflict was almost over. But on August 6 Susie King Taylor turned 50 years old, and set out to write her story. The years had asked so many questions, and now she would take four years to answer those questions on her own terms. She “unrabble e mout bout waat Afrikan ‘Omen fa do aat da tyme ob Big Shoot en da tribulayshun ob de Afrikan churn in dis Nayshon en de hole worl“; that is, she talked about what black women did during the Civil War and the struggles of Africa’s children in the United States and around the world.

In 1902 Taylor self-published Reminiscences of My Life. In sharing who she was, Taylor answered her highest calling, and the humble domestic and civic organizer was transformed into the vocal racial uplift advocate and social justice activist.

Many thanks to Dr. Amir Jamal Touré, Geechee-born historian, lecturer, and storyteller, for his Geechee translations.

You can hear Hermina Glass-Hill speak about Susie Taylor King March 22 and March 23 at 10:00 a.m. at the Jimmy Carter Presidential Library and Museum. Please reserve your seat by contacting Danielle Bevacqua at [email protected] or 404-865-7114.

Hermina Glass-Hill is an independent Atlanta-based public historian and research consultant. She is the former associate director of the Center for the Study of the Civil War Era at Kennesaw State University. She is the principal researcher for the National Park Service Kennesaw Mountain National Battlefield Park’s study, Assessing African American Attitudes Toward the Civil War: Tell Our Story and We Will Come, published in 2011.

Previous Article
Americans Weigh In: What is the “Ideal Residence?”
Next Article
Six percent of Georgia’s electricity produced by renewables, an oft-overlooked detail