Swamped by lawsuits, Mississippi gets reprieve in defense of state flag

The U.S. Supreme Court has given the governor of Mississippi extra time to defend the Confederate battle on his state’s flag. The response had been due Thursday, but the state sought an extension because its law department is busy defending the pending state take-over of the Jackson public school district and a challenge of the state’s parole board by a murderer/arsonist.

The new deadline for the state to defend its flag is Oct. 18.

One of Mississippi’s assistant attorneys general asked the Supreme Court to grant a 20-day delay. He needs the time in order to write the governor’s response to a lawsuit seeking removal of the Confederate battle emblem from the state flag, he wrote in a letter dated Sept. 20.

The state’s attorney said he’s so busy responding to recent lawsuits over the school take-over that he hasn’t had time to deal with the lawsuit over the Confederate battle on Mississippi’s state flag. The school lawsuits were filed last week.

According to the Sept. 20 letter to the court from Harold E. Pizzetta, III, an assistant attorney general: 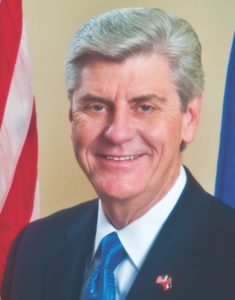 The state of emergency allows the state to take over the school district. The state determined it was a failing district and that students were not safe in some schools. Some parents objected, saying state educators ignored their opinions.

Of note, Georgia voters in 2016 rejected a similar approach to reforming Georgia’s public school system. The state Legislature came back in 2017 and passed a milder version of the take-over plan, which Gov. Nathan Deal signed into law.

The parole board case Pizzetta subsequently mentioned is pending before the Supreme Court. Pizzetta wrote that he’s helping with that case, as well as the school lawsuits.

The parole board case involves a man who pleaded guilty in 1994 to murder and arson. Arvin Rochelle has been filing lawsuits since 2006, contending that the state parole board arbitrarily denied him parole, among other complaints.

As Pizzetta was juggling those issues, he also was to be coming up with a defense of the state flag.

The court refused the initial response from the Mississippi governor, which was no response at all. The governor sent a letter to the court July 10 saying he waived his right to respond to the lawsuit. 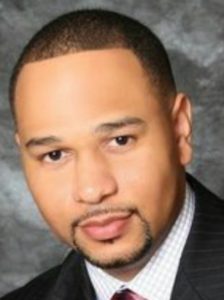 The court demanded Aug. 29 that Mississippi Gov. Dewey P. Bryant file a response to a lawsuit calling for the removal of the Confederate battle emblem from the Mississippi state flag.

Mississippi is the last state in the nation with a Confederate battle emblem on its state flag.

A Mississippi lawyer and his 6-year-old daughter have filed the lawsuit.