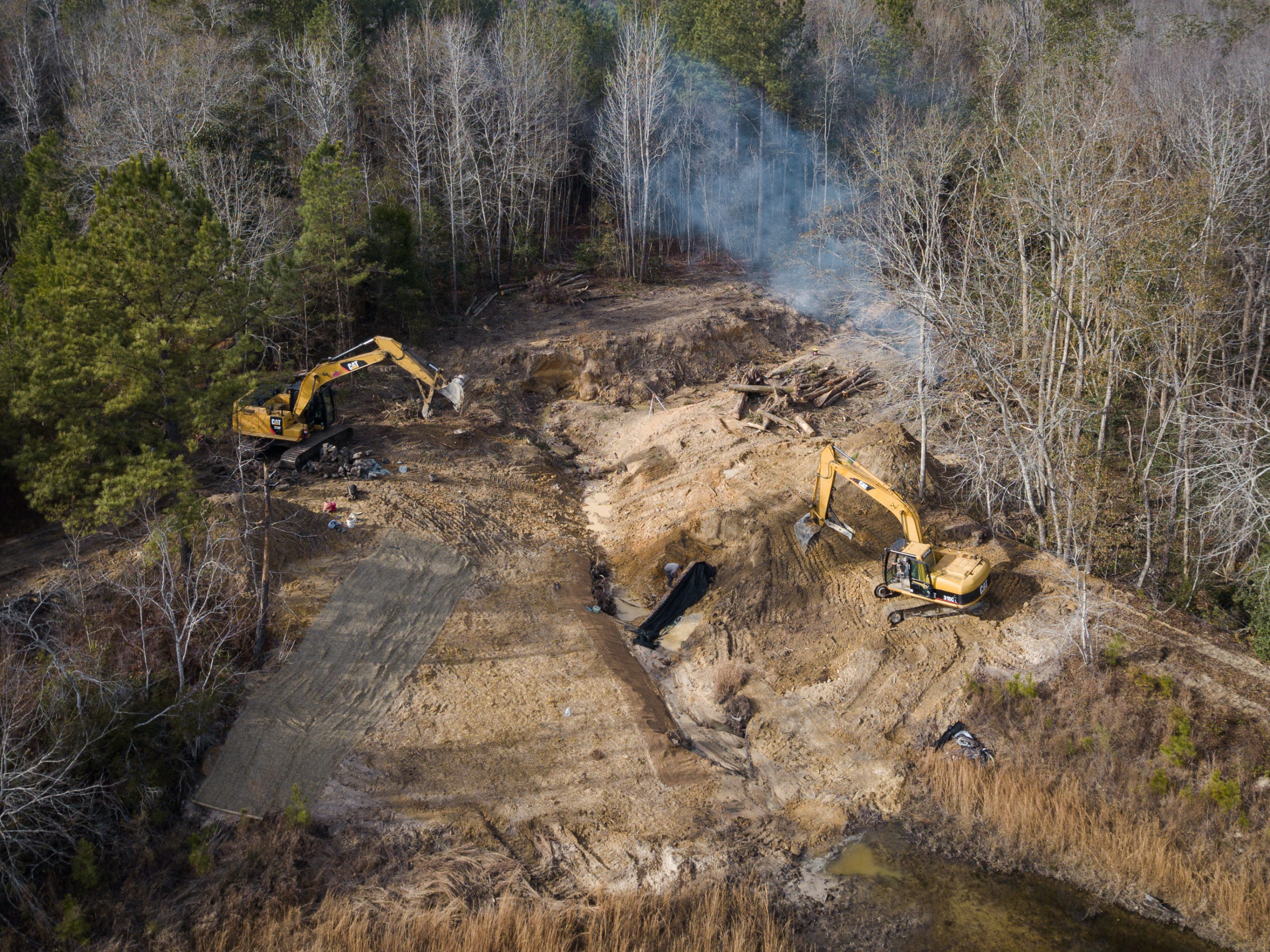 Georgia is home to an incredibly diverse community of aquatic life – we have more species of fish, crayfish, mussels, and salamanders in our rivers than almost anywhere else on the North American continent.  Georgia also has more barriers that prevent fish and other aquatic organisms from accessing critical habitat—such as thousands of obsolete dams—than any other state in the southeastern US.

Dams serve a variety of important purposes such as waterway navigation, hydropower generation, flood control, irrigation and recreation. Obsolete dams are those that no longer serve their intended (or any) purpose. These barriers disrupt the natural life cycles of aquatic organisms, degrade water quality and pose a serious hazard to people.  The Nature Conservancy and the Southeastern Aquatic Resources Partnership built a comprehensive database of previously undocumented dams in the southeast and prioritized them based on the benefit to aquatic biodiversity that could accrue from their removal.

While many other US states have made enormous strides in removing high priority barriers, Georgia lags behind, but though the work of the Georgia Aquatic Connectivity Team (GA-ACT), we have built momentum and a community of practice for speeding the pace of dam removal in the state. One of the hurdles for anyone interested in removing an obsolete dam is a lack of basic information about the process and the GA-ACT decided we needed to compile that information in one place that is easily accessible to all.

Over the past year, a team of contributors sponsored by the GA-ACT collaborated to write the Handbook for the Removal or Modification of Obsolete Dams in Georgia.  Developing this handbook brought together experts from a variety of agencies, regulatory authorities, academic institutions, engineering firms and other conservation organizations toward a shared goal – this process helped built trust between entities with varied perspectives and missions.  As co-lead of the Georgia Aquatic Connectivity Team, I am proud of this significant accomplishment, grateful to all of those who contributed, and hopeful that many people will use this resource to guide them through the process of freeing Georgia’s rivers and streams to benefit people and nature.

The Nature Conservancy works with partners across Georgia to restore and protect the health of rivers, lakes and streams. Get an up-close look at our approaches freshwater conservation by viewing the recording of our recent webinar and at nature.org.