Task Force prepares for move from Peachtree-Pine, next chapter 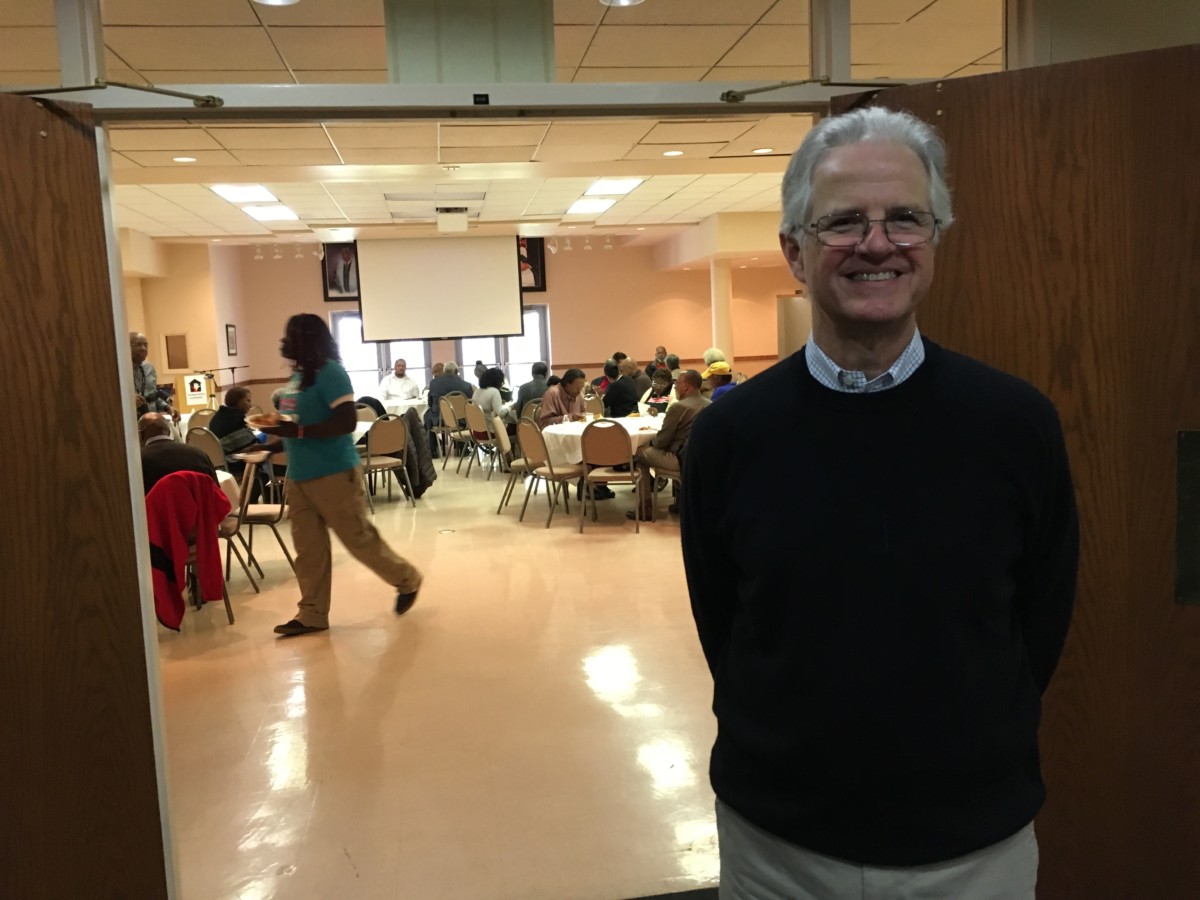 With the closure of its Peachtree-Pine shelter, the Metro Atlanta Task Force for the Homeless is moving, probably to the west side, and it’s going to be about services for people who find themselves homeless, said its executive director. 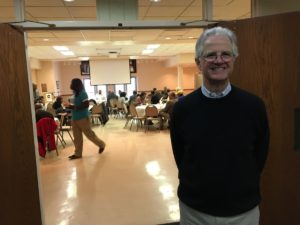 Carl Hartrampf, executive director of the Metro Atlanta Task Force for the Homeless, said Wednesday at Cascade United Methodist Church his organization is transitioning out of the mass shelter service with the closure of Peachtree-Pine. Credit: Maggie Lee

Carl Hartrampf said the next chapter for the organization is coming out of the services that they’ve provided at the shelter.

“The real issue is the underlying causes that continually make people homeless,” he said.

So the vision includes helping clients access things like legal help, a GED or higher education, how to get health care, a home, a job.

He spoke about the plans Wednesday at Cascade United Methodist Church, at a luncheon held in honor of Task Force volunteers. He thanked volunteers from across the faith community and from civic groups for 30 years of help with those services.

Churches have always been the ground support for the Task Force, he said.

“We just want to celebrate that gift they’ve given to the men and to the Task Force. Because now we’re transitioning out of the mass shelter service into more defined counseling and guidance for the men,” said Hartrampf.

The Task Force is leaving the Peachtree-Pine location as part of a settlement in a yearslong legal battle. The Task Force accused the city and Central Atlanta Progress of conspiring to drive off donors to the last-resort shelter. The shelter has been a thorn in the side of the business community and of Mayor Kasim Reed, who has called it “awful,” and said there are rampant drug sales there and that it poses a health risk to the city. But its supporters say it meets the life-and-death needs of people who are on the streets.

Asked if this is the start of a new chapter with the city, Hartrampf said the relationship has changed.

“We’ve been through a traumatic period with the lawsuit. We settled that. We’re moving forward and that then allows us to have new relationships. We worked with the city in the past, we’ll work with them in the future and we’re very hopeful that that’ll produce more services for the people that find themselves on the street,” he said.

The Task Force hasn’t yet picked out a new location.

Longtime Task Force Board member Joe Beasley told the audience of about 50 folks that “I believe it’s a new day for the Task Force. We’re not finished yet.” 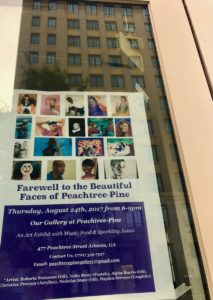 Previous Article
An archeological site, a boat and a water tower make Georgia Trust’s 2018 list of Places in Peril
Next Article
Kerry McArdle to become executive director of Literacy Action