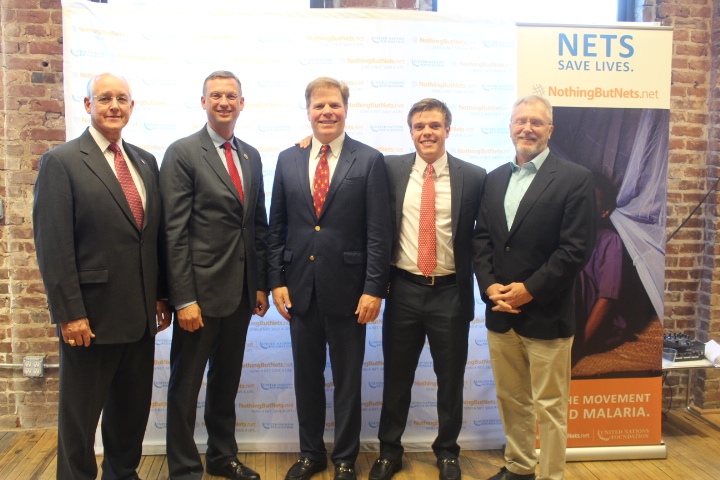 According to the Centers for Disease Control, more than three billion – three times the population of China – people are at risk of being bitten by a malaria-carrying parasite.

The fight to end malaria has deep roots in Georgia thanks to Ted Turner’s $1 billion pledge to create the U.N. Foundation. Working with the United Nations, the foundation has launched a number of health-related campaigns and initiatives, including “Nothing But Nets,” an effort to reduce and eliminate the 500,000 preventable, malaria-related deaths occurring annually.

Every 60 seconds a child dies from malaria. Before the global push to eradicate malaria was launched, the pace was double-time – every 30 seconds. 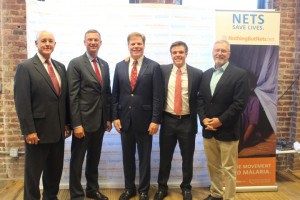 Partners include the United Methodist Church (and its North Georgia Conference) and the National Basketball Association. Nationally, the Church has launched “Imagine No Malaria.”

Locally, churches have raised nearly $700,000; across the globe they’ve raised more than $66 million to eliminate malaria.

Turner’s fight to end malaria extends to his son-in-law Rutherford Seydel and grandson of the same name. The elder Seydel co-owns the Atlanta Hawks and is active in using the NBA and other non-traditional allies to address such issues.

Taking a cue from the family’s push to elevate the fight to end malaria, the younger Seydel called on Hawks three-pointer phenom Kyle Korver to donate a crisp Hamilton to “Nothing But Nets” for each “nothing but net” from downtown.

NBA Champ Stephen Curry, a friend of the Nothing But Nets’ executive director Chris Helfrich, did so during the 2015 season.

Currently, the Nyarugusu Refugee Camp in Tanzania is need of 20,000 nets. A mass influx of Burundi refugees has doubled the size of the camp, already over capacity from Congolese refugees. The camp suffered a deadly cholera outbreak during the summer.

According to the United Nation’s 2015 Millennium Development Goals report, more than six million malaria deaths have been averted in the past 15 years. In just a decade, more than 900 million nets have been delivered to countries in sub-Saharan Africa.