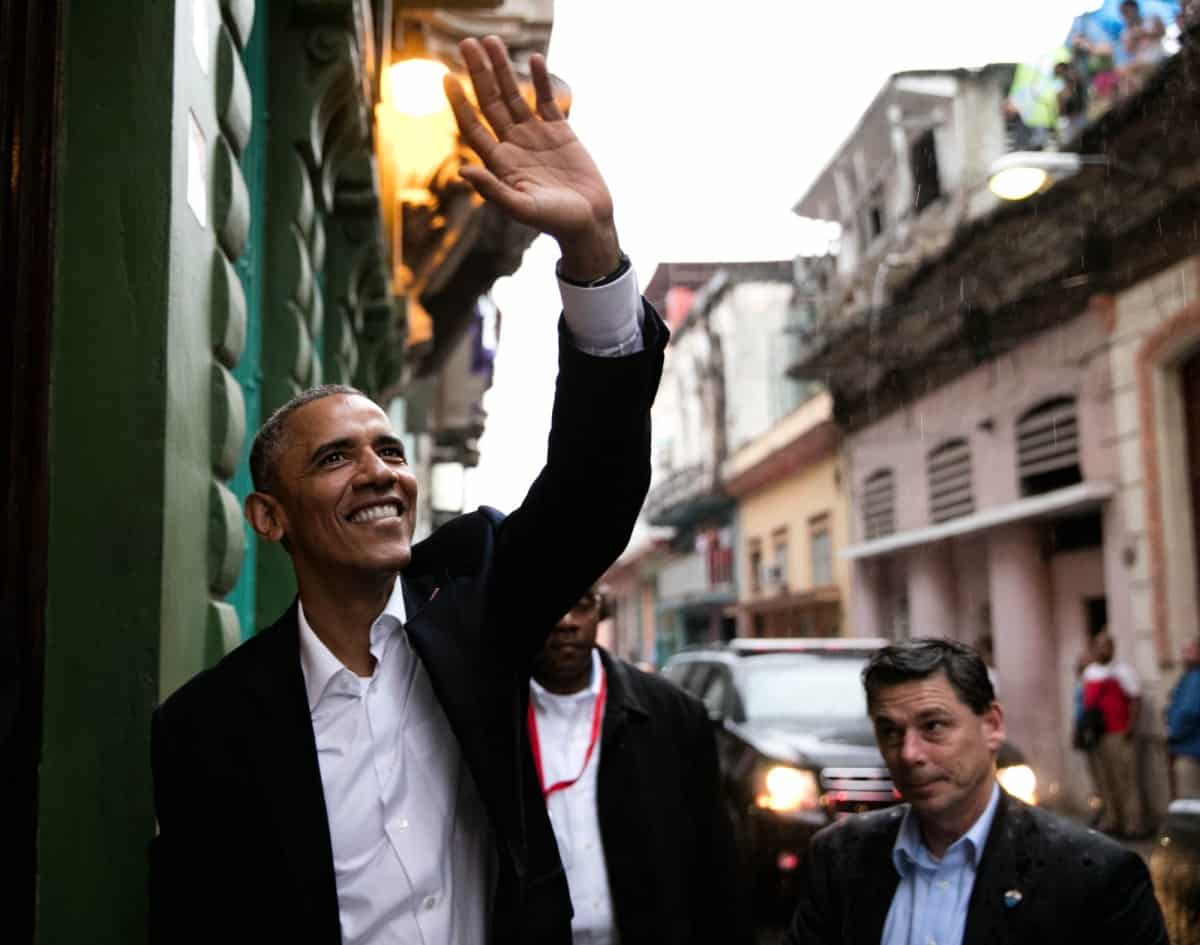 Tommy Irvin saw this coming, way back when.

Back when others still viewed Cuba as an island full of communists, the former state agriculture commissioner saw a population hungry for the non-premium chicken parts which Georgia’s poultry industry was having a hard time getting rid of, and became an outspoken advocate for opening trade with the island.

Where others dreamed of the day when political relations between the hostile governments would be normalized, Irvin looked a little beyond, to the time when Cuban golf courses would be in the market for Georgia-grown sod. The long-serving commissioner had very pragmatic reasons for wanting to move along the normalization of relations between the two countries.

Part of what Irvin foresaw has already come to pass. His successor, Gary Black, reported at a 2014 conference that U.S. poultry exports to Cuba had amounted to $157 million in the previous year, and that’s likely only a chicken wing compared to what’s ahead.

The sometimes chilly air around President Obama’s three-day visit to Cuba, the first by a U.S. president since Calvin Coolidge, illustrated the tremendous political hurdles yet to be crossed before there are normal relations between the two countries. A Republican Congress isn’t likely to lift the trade embargo soon, although Donald Trump has already endorsed the idea, with the understanding that we could get a better deal if he were president.

But the economic illogic of maintaining a trade imbalance with a communist nation on the other side of the world while clinging to a trade embargo with a communist nation 90 miles away is evident. Black, speaking at a conference sponsored by the University of Georgia School of Law, noted that China was Cuba’s biggest trading partner.

“But I wonder — and these statistics are very difficult to put a hand on, but I wonder if we’ve loaded bales of cotton at Savannah and sent them to China, and then that yarn came back to Cuba. That would be very interesting to know; my guess would be probably,” Black said.

Before the revolution — theirs, not ours — there were close ties between Cuba and Georgia, often involving sports of one sort or another.

In the 1930s, the Georgia Teachers College, which became Georgia Southern, played two football games against a team from the University of Havana. The Havalanta Games began in 1949 as a swimming meet at Emory University with teams from Havana and Atlanta, and quickly expanded into a yearly event featuring, according to one report, “baseball, bowling, fencing, golf, pistol, swimming, tennis, trap and skeet.”

Even during the embargo, the cultural lines remained porous enough for Los Van Van, Fidel Castro’s favorite band, to play the Variety Playhouse. Cubans threw quite a party as well in the stands of Atlanta-Fulton County Stadium during the 1996 Olympics, when they beat Japan to win the gold in baseball.

Atlanta’s rocky experience with the Marielitos, culminating in 11 days of rioting at the U.S. Penitentiary, represents a less pleasant familiarity with our island neighbor. Whatever there is that will be good or bad about the coming thaw with Cuba, it will impact Florida first and Georgia, pretty much, next.

Cuban-Americans comprise 3.5 percent of the nation’s total Hispanic population, yet for a brief time before Marco Rubio’s departure from the field, they made up 50 percent of the surviving Republican presidential candidates. That speaks to the considerable political impact they have had on their adopted country.

Both Rubio and Ted Cruz have remained staunch in their opposition to a thaw, but a generational shift in attitudes among younger Cuban-Americans is well under way. Even more interesting is what the generational shift among Cubans themselves may bring. It’s been widely noted that Obama holds wide appeal in a nation where most Cubans are a racial mixture, but racial differences still matter. According to one poll, he’s more popular right now than either of the Castros.

Cubans may not respond with as much warmth to Obama’s successor, but the thawing he’s set in motion seems likely to continue, with considerable implications for Georgia.

Previous Article
Six percent of Georgia’s electricity produced by renewables, an oft-overlooked detail
Next Article
Syria: What to do with refugees? Start with a message of hope.