The allure of history in Rome and Floyd County 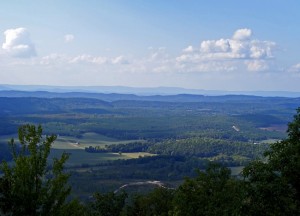 The ridge and valley region of Georgia. Credit: DanielMetrio18.weebly.com

Floyd County lies in the green ridges and valleys about 90 minutes northwest of Atlanta. Its presence is a reminder that we need not travel the world to find exotic monuments and clues to civilizations’ ebbing and flowing. In fact, its history is almost a perfect national prism: the jostling for a place to call home by diverse populations, and the gradual as well as sweeping social changes they ignited. Examining Floyd County’s history, we can see at work the tragedy and triumph of our own human nature.

The known history of Floyd County begins 1,000 years ago when Indians of the Southeast lived in small cities, part of the Mississippian Period (AD 800-1600) chiefdoms that left behind mounds still visible today. These were the people who sixteenth-century Spanish explorer Hernando de Soto encountered when he passed through present-day Rome in late August 1540. 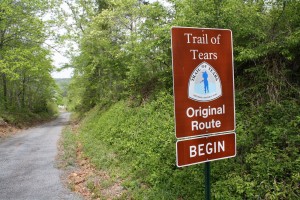 The Trail of Tears in Floyd County.

Though the encounter was brief, its impact was permanent: the European diseases that the Spanish left behind decimated the native population. In the next century another native community would settle in the area, this one migrating from the East and known as the Cherokee. (The restored house of Cherokee Major Ridge is in Rome, and is now known as the Chieftain’s Museum.)

Remarkably, the Cherokee of north Georgia formed the first Constitutional democracy as a “foreign nation” under the direct influence of the United States. And not many years later, they would be forcibly “evacuated” in what the Cherokee remember as “the trail where they cried” — this, along with slavery, is one of our nation’s darkest deeds.

In the small community of Cave Spring, the Georgia School for the Deaf is one of only a handful of residential institutions built for the deaf in pre-Civil War America. By any standard, the school was a great humanitarian effort that grew from Baptist philanthropy. Many in today’s Floyd County know sign language because of the presence of this school, a beautiful testimony to the efforts to reach out to those very often left on the margins of society. 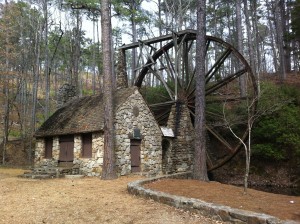 Near the county seat of Rome is Mount Berry. Through the efforts of one of the most extraordinary women in American history — Martha Berry — it became the home of an entirely new kind of institution that gave poor mountain children an opportunity to learn, grow, and morally prosper. Berry College (founded in 1902) is a learning community where students gain practical work experience in such fields as forestry, farming, daycare, animal husbandry, and electricity, while taking academic course work. Its creation at the turn of the century attracted a distinguished list of national visitors, politicians, and financiers who announced it a new model of private philanthropy.

Any one of these stories — from the ancient chiefdoms to Berry College — would be sufficient to tag Floyd as home to some extraordinary epochs. But the list goes on. 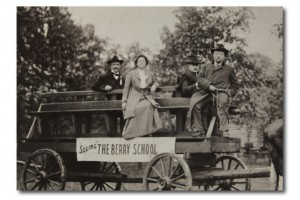 In the 1850s a community of freed slaves from North Carolina settled on the outskirts of Cave Spring in what was later known as Chubbtown. They established peaceable relations with their white neighbors and made a living as millers, blacksmiths, and farmers. What is most remarkable about Chubbtown is that in pre-Civil War Georgia, its existence would have been illegal (slaves emancipated in another state were barred from entry).

After the Civil War, oral histories tell us that the white community of Cave Spring threw a protective arm around their free black neighbors. Descendants of Chubbtown still live in the area today (and one, Nick Chubb, plays football in Athens).

In 1924 Chubbtown residents took another great stride when they organized the building of a public school for their children. It was known as a “Rosenwald school,” after the great Sears and Roebuck CEO and philanthropist Julius Rosenwald, whose partnership with Booker T. Washington made possible the construction of 241 other free schools for rural black children in Jim Crow Georgia. 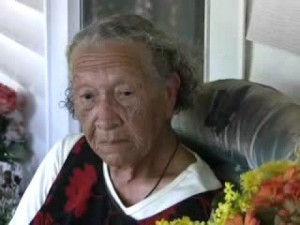 Elvira Bray Stone, a descendant of the original settlers of the Chubbtown community, is interviewed in an oral history project available on YouTube.

Generations of children, raised under the tutelage of caring teachers who were also moral guides, learned not only reading, writing, and arithmetic (and algebra, history, French, and the arts for that matter) but also the civic lessons of responsibility and service.

An “upward” spirit of self-respect and mutual reliance was born from the more than 5,000 Rosenwald schools that philanthropy made possible in the South. Educating future leaders like Congressman John Lewis, these rural schools plowed the ground for the vast changes of the civil rights era.

The history of Floyd County is remarkable and reminds us that we all participate in the unfolding of events in the communities we live in. The great allure of examining local history is the discovery of the amazing array of historical threads that intertwine us; these threads shed light not only on our past but also on the possibilities and potential for our future.