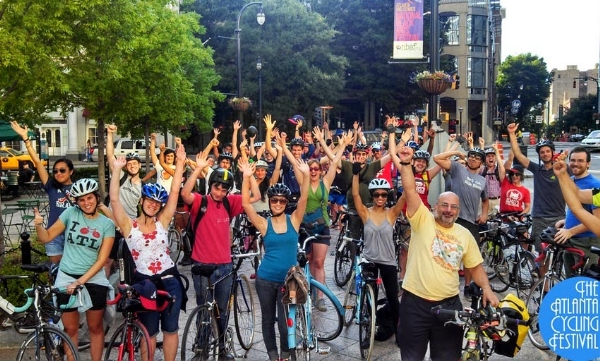 There’s no excuse to sit around the house this week and lament that there’s nothing to do.

Now in its second year, the weeklong Atlanta Cycling Festival is back – growing, mobilizing and energizing the city’s cycling community. 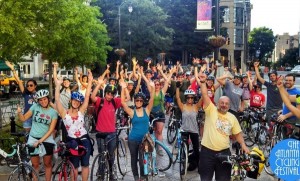 If you missed Saturday’s popular kick-off – the Tour de BeltLine – and other weekend activities, fret not. There are more plenty more events during the remainder of the week that are sure to suit your fancy and help you make up for those summer margaritas.

When cycling, be sure to wear a helmet, bring water and a snack to help you energetically tackle the road. Secure your bike with a lock and have lights/blinkies on hand for riding in the dark. All rides are “no drop” meaning, no one will be left behind.

For a complete list of Atlanta Cycling Events – there are too many to highlight, please visit the website. http://www.atlantacyclingfestival.com

Purpose: This ride will begin at Woodruff Park and make its way through Midtown, culminating at Cypress Pint & Ale. Along the way, cyclists will visit the Center for Civic Innovation, Switchyards and Tech Square, home to ATDC – Georgia Tech’s startup incubator.

Worthwhile factor? You’ll get a look at Switchyards before it opens. Switchyards Downtown Club, the latest endeavor from Michael Tavani, who brought Scoutmob to major cities across the country, is a members-only facility that will serve as an office space, incubator and social hangout for local designers and companies. Can’t make the ride? Catch their weekly podcast featuring individuals who are shaping Atlanta’s future.

Purpose: This ride will pedal off at Hurt Park and end at popular watering hole Bantam Pub. Cyclists will hear firsthand from Alta Planning and Design and others on how they worked together to create a comprehensive, connected cycling network for the City of Atlanta.

Worthwhile factor? You can’t properly celebrate future wins without recognizing the blood, sweat and tears of past and current battles. On this tour, you’ll get to see the under-construction bicycle facility on John Portman Boulevard and hear what’s on the horizon. 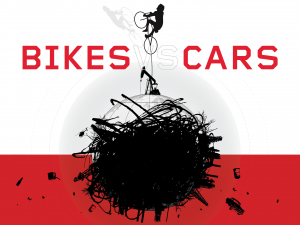 Purpose: Atlanta Velo City Magazine will premier Bikes vs. Cars, a documentary that showcases how the seemingly lowly bicycle has become a vehicle for change. Tickets are available online or in person at Landmark’s Midtown Arts Cinema.

Worthwhile factor? This is the Georgia premiere of Fredrik Gerten’s new documentary. According to the film, increasing cycling from one percent to 1.5 percent of all trips, the United States could import 462 million fewer gallons of gasoline per year.

Purpose: The folks behind #weloveatl – a hyperlocal boosterism via photography movement will join riders for a photogenic tour of Atlanta beginning at the Ashby MARTA station.

Worthwhile factor? Your Instagram-worthy photo could be featured in the #weloveatl mobile gallery truck.

Purpose: With eight starting points, this ride will come together in the Inman Park/Reynoldstown communities and culminate at Noni’s Deli on Edgewood Avenue. Check the website for a pedal-off point near you.

Worthwhile factor: The goal is to line Edgewood Avenue with bicycles for several city blocks, reminiscent of a scene from Atlanta Streets Alive.

Purpose: Celebrate the success of the second annual Atlanta Cycling Festival at a family-friendly event in the Historic Fourth Ward Park. This event will include an expo to meet local cycling business owners, bike repair and tune-ups, music, food trucks and a movie night.

Worthwhile factor: Here’s your chance to thank the festival organizers and the dozens of dedicated activists who work tirelessly to make Atlanta a top bicycling-friendly city.

Helmets off to the Atlanta Cycling Festival for bringing cyclists of all ages and skills levels to explore the city together.

Note to readers: Saba Long serves on the board of the Atlanta Bicycle Coalition, an advocacy organization.

Previous Article
52 miles of managed lanes being built with plans to serve expanded transit bus system
Next Article
Nuts? Sleep trackers? Cross Fit? Which fads to keep and which to lose? How will sticking with the foundations make the biggest difference re: brain-cleaning sleep and age-defying exercise?