In what is one of the most important corporate civic roles in Atlanta, Saadia Madsbjerg has been named as the new president of the Coca-Cola Foundation, beginning June 1. Madsbjerg will also serve as the company’s vice president of Global Community Affairs.

“I’m thrilled to join the Coca-Cola Foundation, which has a built a remarkable legacy over a period of nearly 40 years through giving more than $1 billion to meaningful programs impacting communities worldwide,” Madsbjerg said in a statement. “I look forward to working with the Foundation’s partners and grantees in Atlanta and around the world.”

Madsbjerg is a former managing director of the Rockefeller Foundation, where she led efforts to seed-fund the development and launch of new financial instruments and partnerships designed to channel money from capital markets toward sustainable development.

In her new job with the Coca-Cola Co., Madsbjerg will manage operations of the Foundation, which includes grant making, financial requirements and regulatory compliance for domestic and international philanthropy. 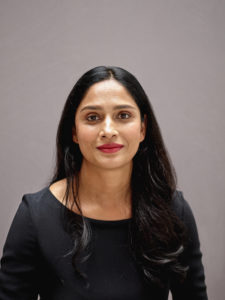 “Saadia brings years of experience in corporate strategy and philanthropy, as well as in launching and leading sustainable, impact investing programs across public and private sectors to address challenges such as climate change, inequality and humanitarian crises,” said Bea Perez, Coca-Cola’s chief communications officers who also head sustainability and strategic partnerships for the company. “We are thrilled to have someone of her caliber and look forward to Saadia building on the great history of the Coca-Cola Foundation.”

The Coca-Cola Foundation, the global philanthropic arm of the Atlanta-based beverage company, was founded in 1984. It has awarded more than $1 billion in grants to support sustainable community initiatives around the world, including protecting the environment; empowering women; and the overall well-being of communities through education, youth development, arts and culture and economic development.

Madsbjerg succeeds Helen Smith Price, who retired in late 2020 after 27 years with the company, serving as president of the Coca-Cola Foundation since 2016 and as its executive director since 2001.

Before Price, Lisa Borders, former president of the Atlanta City Council, served in that role for a few years and left to become president of the WNBA. Up until 2013, Ingrid Saunders Jones was the Coca-Cola’s community face as the longtime leader of the Foundation. She retired in 2013, after working for the Coca-Cola Co. for 31 years.

Madsbjerg will move from New York to Atlanta to join the Foundation, where she will report directly to Perez.

Madsbjerg , 44, comes to the Coca-Cola Co. with an extensive background in philanthropy and the corporate sector.

Before joining The Rockefeller Foundation, Madsbjerg was senior vice president for strategic planning at the New York City Economic Development Corp. She led a portfolio of projects focused on transformative opportunities for creating a more equitable and resilient economy.

Madsbjerg also previously worked in the technology sector at Cisco Systems, advising Fortune 500 companies and public sector institutions on how innovative technology could help create new business models and address critical challenges, such as social and economic challenges caused by an aging society.

Prior to Cisco, Madsbjerg was an associate principal at McKinsey & Co., where she advised multinational companies on corporate strategy. Madsbjerg, earned her bachelor’s and master’s degrees from Copenhagen Business School.

Also, Madsbjerg is the coauthor of “Making Money Moral,” a book that tracks the growth of sustainable and impact investing and features first-hand stories of innovations unlocking private-sector capital to solve critical challenges of the 21st century.