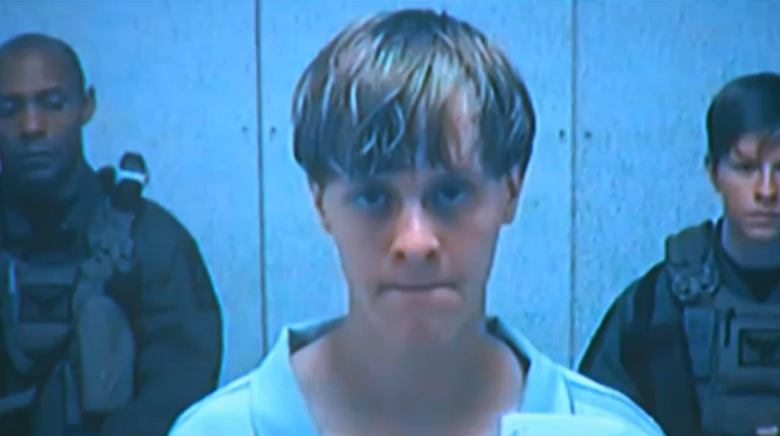 When you put their mugshots side by side — the same pasty faces, the same empty eyes, over and over — it’s tempting to lump all our recent American mass killers into one general category, addressable with one solution. We can react by debating whether there are too many psychotropic prescription drugs or not enough mental health intervention, too many guns or not enough guns, whatever.

But the longer you look at Dylann Storm Roof, the killer who perpetrated last week’s massacre in Charleston, the less he fits any of the easy characterizations we have grown accustomed to making. And that ought to scare the living hell out of us. Look at the line of mug shots again, and he seems a step in a horrible evolutionary chain.

Unquestionably — although, for political purposes, some questions have been entertained — Roof is a vicious racist. But in some ways the nature of his racism reflects the strange nature of 21st Century identity as much as Rachel Dolezal’s race or Caitlyn Jenner’s gender.

I believe the first time I heard the word “wigger” — a street term for white kids who adopt the dress, swagger and speech of hiphop — I was at a gas station in the Columbia-Lexington area where Roof grew up. If Roof in the end swung in a different direction, he grew up in a milieu where black kids sometimes sound like white kids, white kids sometimes dress like black kids, and both get in trouble in much the same way.

“I was not raised in a racist home or environment,” Roof writes in his internet introduction to the world,
and family members have said much the same. He claims to have been galvanized by the Treyvon Martin case three years ago. A cousin has reportedly claimed the racism surfaced when a girl he liked started dating a black guy.

In either case, Roof’s story at that point begins to sound eerily like those girls from wealthy Asian-British families who have run away to become the wives of Isis fighters. “Something on the computer drew him in — this is internet evil,” his ex-stepmother told ABC News. In a state where there is a lot of racism to account for, Roof essentially reinvented his own variety, piecing it together with Neo-Nazi and Old South symbology and references derived from far-right websites.

Just as his late-arriving racism is beyond question, it also seems clear that before last Wednesday he was, just in general, a mass killer wannabe. He showed up at the Columbiana Centre mall last February dressed all in black, asking questions about how many employees there were and when they got off work. That should at least have been a hint.

At the shopping center he was found with and charged with possession of suboxone, a sort of wannabe narcotic, and a friend described him as a pill-popper. Aside from a childhood photo taken beside the Christmas tree, the only pictures we’ve seen of Roof in which he looks at least a little happy were those taken during his perp walk in North Carolina.

The week before the killings Roof told his friend Christon Scriven that he was going to Charleston to shoot up the College of Charleston. Was he just avoiding the subject of his racism with a friend, who happened to be African-American, to be polite, while he felt at ease bringing up the subject of murdering people? Or was his anger so free floating that he didn’t decide until the end how he would express it?

When he did make up his mind, Roof did his homework, chosing the most historic African-American church and one of the most prominent African-American leaders in the state. A recruiter for Isis or al-Qaeda would admire his handiwork.

That’s the really, really scary thing about this latest step in the evolution of these American killers: Dylann Roof was recruitable. The evidence strongly suggests that he self-recruited, but things could be different with his successors up the evolutionary chain. He is that perfect flammable combination of quickly acquired ideology and personal hopelessness which has made massacres at religious sites routine in other parts of the world. If anyone finds a way to recruit a little army of Dylanns, we could all be in trouble.