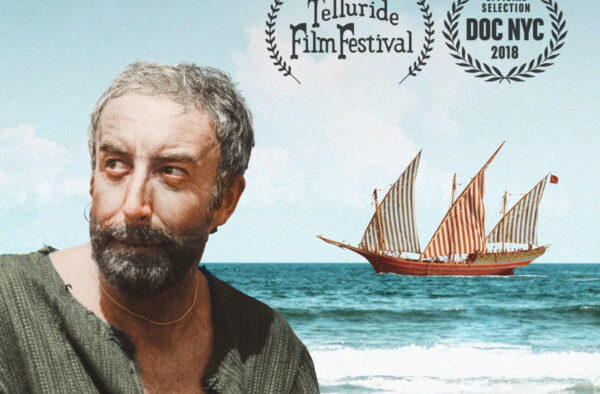 Poster of the movie "The Ghost of Peter Sellers"

Though most outside fireworks were curtailed this Fourth, there were plenty of them inside on your streaming devices. “Hamilton” (or “Hamilfilm,” as its been nicknamed) hit homes like a combination Sparkler, Cherry Bomb, and Roman Candle.

Equally potent, in a very different way and arriving with considerably less fanfare, was the documentary: “John Lewis: Good Trouble,” about the Congressman and civil rights hero.

And even if his career isn’t still gangbusters, you ignore Will Ferrell at your peril. He and Rachel McAdams just arrived in the comedy “Eurovision: The Story of Fire Saga,” about an annual Eurovision Song Contest (Think: “Europe’s Got Talent”).

However, for those of us who are deep-down dyed-in-celluloid (or whatever they use these days) film nerds, the movie to see last weekend was a messed-up, yet fascinating, bit of revenge therapy called “The Ghost of Pete Sellers.” 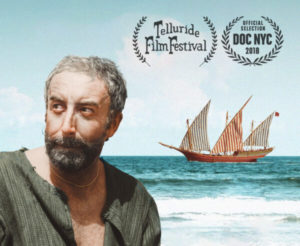 Poster of the movie “The Ghost of Peter Sellers”

Plenty of documentaries exist chronicling the blood, sweat, tears and colliding egos that accompanied the making of such legendary films as “Apocalypse Now” (“Hearts of Darkness”) “Fitzcarraldo” (“Burden of Dreams”) and the never-completed “The Man Who Killed Don Quixote” (“Lost in La Mancha”).

“The Ghost of Peter Sellers” is slightly different. The picture to which it’s parasitically attached is a 1973 pirate “romp” starring Peter Sellers, Anthony Franciosa and Spike Milligan (of “The Goon Show” fame). “Ghost in the Noonday Sun,” as it was called, was completed, in a fashion, after 67 torturous days. And promptly shelved. Apparently, it showed up on TV in the early’80s and as a DVD in 2016.

The director of both “Ghost/Sellers” and “Ghost/Noonday,” is a gifted Hungarian named Peter Medak. At the time he signed on for “Ghost/Noonday,” he’d made some important pictures, most notably the Peter O’Toole cult classic, ‘The Ruling Class.” He’d survived the Holocaust, the Soviets, and his first wife’s suicide. Even so, he’d never been hit by the kind of chaos that Sellers (whom he thought was a friend) was about to inflict.

It all begins promisingly on the sun-soaked shores of Cypress. The impressive pirate ship is a thing of Carnaby Street Beauty with candy-striped sails worthy of a Beatles sea voyage. Its arrival elicits gasps.

For several reasons, the most important being that the drunk Greek captain sailed it straight onto a reef and the thing promptly sank.

That’s Day One of shooting.

The nightmare still has 66 days to go. Sellers decides by Day Two that he hates the movie and wants out. He next decides he hates Medak and wants him out. Sellers also refuses to be in the same frame with his former good friend Franciosa. 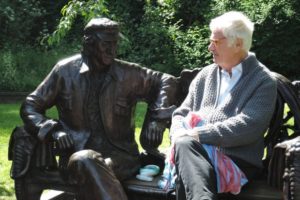 Milligan is summoned to save the day and only makes things worst (at one point, he and Sellers convince Medak to shoot a Benson and Hedges cigarette commercial for some much-needed cash; mid-shoot, both remember they can’t be photographed holding the pack because both are spokesmen for the Anti-Smoking League.)

And this may be the topper: Sellers, who’d already had a heart attack or two, fakes another and gets flown back to London. Two days later, he’s seen in the papers, partying with Princess Margaret.

There are a lot – perhaps too many – scenes of the now 80-ish Medak talking to his old producers and with other directors who dealt with Sellers on other films. It can get tedious, Medak’s need to prove to himself and others that this disaster wasn’t his fault (he didn’t make another movie for five years). But as one of the moneymen shrugs, “We all knew Peter (Sellers) was nuts. We just didn’t know how nuts.”

One hopes Medak found some sort of closure here. The whole enterprise does suggest some sort of expensive public therapy session for which we, the audience, have helped pay for. But you can’t help but like Medak, in all his confusion and resentment. He continued making movies, with a couple of excellent pictures (“The Changeling,” ‘The Krays”) to his credit.

But “Ghost in the Noonday Sun” was never going to be anyone’s masterpiece, and there’s something poignantly unresolved when Medak, near the end, still insists he loved Sellers, that he was “a f***g genius.”

Ah, the seduction of making movies. With seductive and egomaniacal movie stars. There’s a lesson here.