The humanities in Georgia’s public square 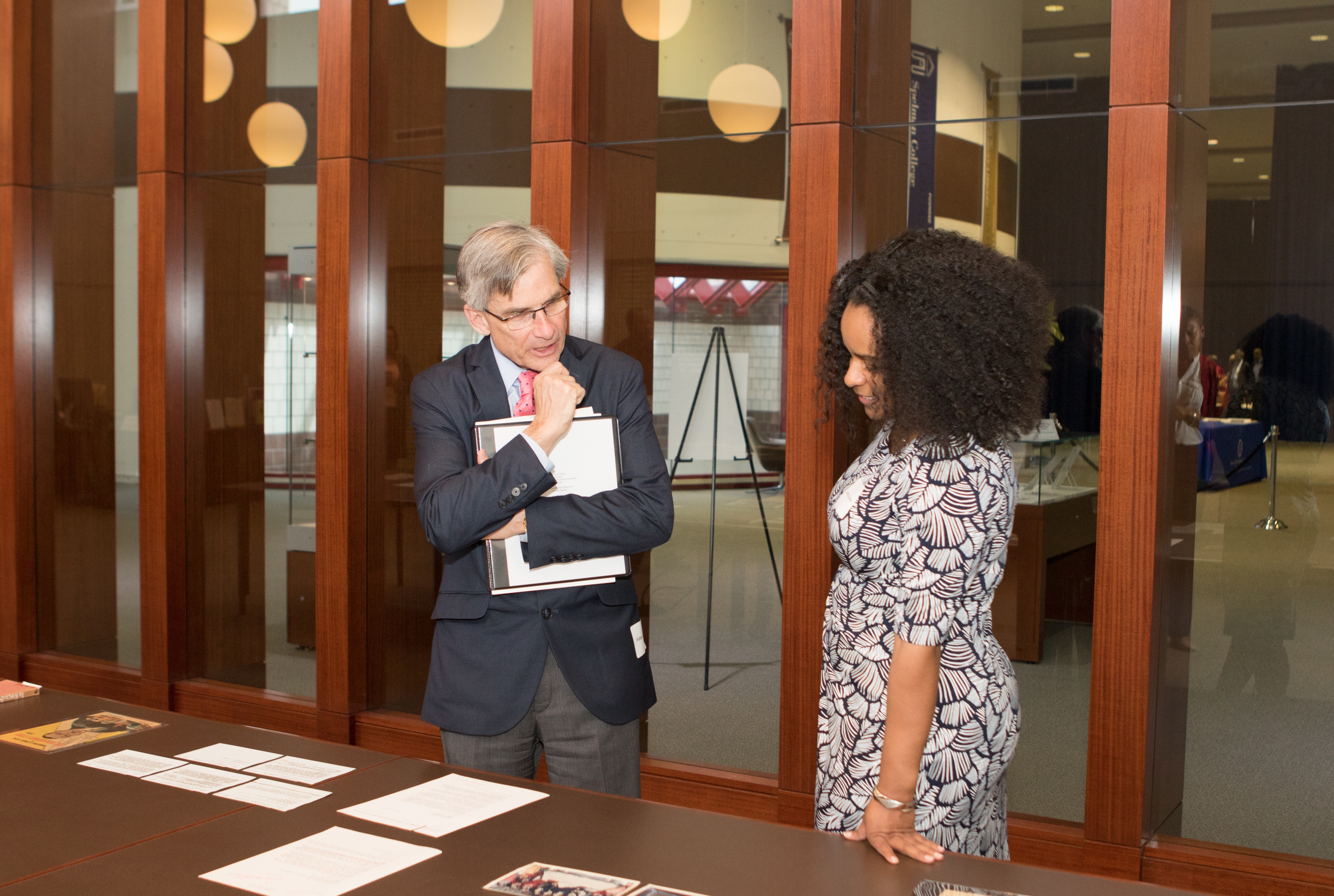 A few weeks ago, my Georgia Humanities colleagues had the pleasure of hosting Dr. William Adams, the current chairman of the National Endowment for the Humanities (NEH), for the day; not in a decade had an NEH chairman visited our state. Our plan for the day was to expose him to the good work being done by Georgia’s scholars and academic libraries. Our theme was “humanities in the public square,” which is also a programming priority of Chairman Adams’s young administration (he was approved by the Senate in 2014). But first, let’s look at that awkward word, humanities.

When the word humanities is batted about in public, most people not at a college or university are likely to take on a puzzled look. At Georgia Humanities, we are sometimes asked, “Are you a humane society?” No, we are not. Nor are we a manatee rescue group (we’ve been mistaken for that more than once). We are a nonprofit organization in the humanities promoting public learning in history and culture.

Humanities is an archaic word that Congress adopted exactly 50 years ago this year as the moniker for a newly created federal agency (the National Endowment for the Humanities) whose mission was to advance history, literature, philosophy, and related areas of study precisely as Congress intended for the advancement of the sciences when it created a National Science Foundation. (The same legislation also created the National Endowment for the Arts.) 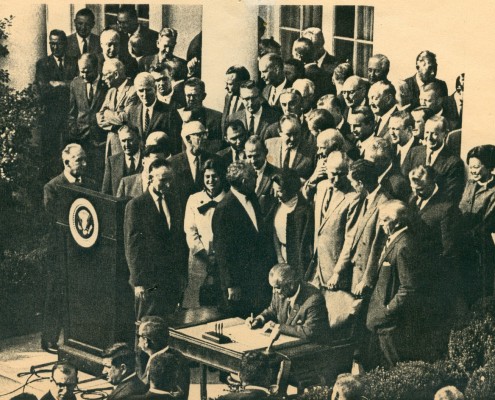 Half a century ago, “the humanities” and “the sciences” were not viewed as opposite ends of a spectrum, and certainly not in opposition to each other — at least Congress and President Lyndon B. Johnson didn’t think so. They believed both areas of learning, the arts and the sciences, were equally necessary to any advancing civilization (in fact, they had been described as “two sides of one coin”) and most especially to one that prided itself on being enlightened and self-governing. After all, many lawmakers of the 1960s were part of that Greatest Generation that helped defeat the Nazis and Imperial Japan in the Second World War. They knew that in addition to the importance of scientific and technological progress, knowing and not forgetting about one’s history and the sacrifices made for civilization’s progress was essential to the public well-being.

Georgia Humanities, the organization I work for, has considered an alternative to that cumbersome “H” word, one of those locutions from the Renaissance era whose purpose remains vital but whose meaning nevertheless is sometimes elusive. Why not simply change our name? As the state partner of the NEH, we thought that step a little extreme.

But what we did do was adopt a descriptive tag line: “Sharing stories that move us and make us,” which is the essence of our work in Georgia and of NEH in the nation. If you have enjoyed PBS’s The Roosevelts: An Intimate History, you know something of what NEH does nationwide.

When we had the chairman of NEH to ourselves in Atlanta, we did what came naturally — invited some of the organizations with whom we partner to tell their stories about the “humanities in Georgia’s public square.” 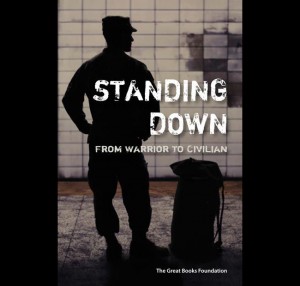 Standing Down: From Warrior to Civilian contains selected readings on the topic of “coming home from war” for discussion by veterans in small groups.

Chairman Adams heard from the Atlanta History Center about its recent outreach programs that use the art of storytelling and drama, and from the Atlanta University Center’s Martin Luther King Jr. Papers project and what the collection reveals about that great man’s moral commitment. He also heard first-hand accounts about the Atlanta Student Movement of the civil rights era from none other than Lonnie King, one of its leaders, and about the “difficult conversations” that the 1906 Atlanta race riot commemorations — or lack thereof — has sparked in recent years.

He heard about the importance of oral history as a means for documenting the stories of “ordinary” people from the national Oral History Association, headquartered at Georgia State University.

Programs for veterans are an important initiative of the new NEH chairman, and in Georgia he met with a discussion leader (a literature professor at the University of North Georgia) who reported on her community-based outreach seminars in which veterans read and talk about excerpts from classic war literature about the challenges of “homecoming.” This Georgia Humanities “Talking Service” program is part of Standing Together, an NEH initiative to promote understanding of the military experience and to support returning veterans.

And he learned about a next-generation university press (our own UGA Press) that publishes high-quality books in the humanities for general audiences. One of those is a pictorial study of Georgia’s historic county courthouses (a project of the Association County Commissioners of Georgia) that has won national recognition. 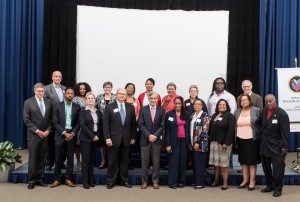 By the time NEH chairman Adams left Atlanta Monday evening, he asked, “What do they put in the water here?” to which came the response, “Coca-Cola!”

But I doubt he was surprised. The South is a storytelling mecca. It is the founding home of the popular NPR-broadcast program “The Moth,” and of literary stylists and geniuses (from Faulkner to our own Alice Walker and Flannery O’Connor), of great preachers and reformers whose eloquence draws from a storied past and the region’s varied faith traditions. Indeed, our nation’s story is amplified in the details of Georgia’s own saga.

And that is the mission of Georgia Humanities and our national partner that turns 50 this year: NEH. Together we are participants in that timeless search for human stories of lasting value that teach, delight, and instruct.

To help make this possible it is important that as a nation we continue to support scholars who research and write, and students who partake of history, literature, drama, poetry, philosophy, and foreign languages in our schools and colleges. There is ample evidence from the millions of people who visit museums, watch documentaries, and read well-researched books that there is a public hungry for what the humanities have to offer. No matter what occupation or profession one chooses, many will (and continue to) find in that cumbersome word, humanities, a friend and guide for life.