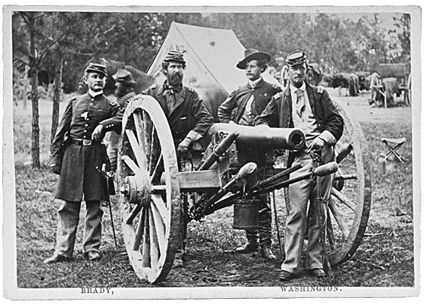 This is the week we’ll celebrate the 242nd year of our glorious union. We will also mark 155 years since that week in 1863 when the Battle of Gettysburg was fought and Vicksburg fell.

The Civil War anniversary is especially timely, because in a Rasmussen poll released last week, 31 percent of Americans said a second civil war is likely in the next five years.

That’s not too surprising, given the general tenor of the political debate in this country right now.

Rasmussen tends to lean Republican in its findings, and it’s notable that in other questions, 59 percent of these voters were worried that opponents of President Trump will resort to violence, compared to 53 percent who believe that “those critical of the media’s coverage of President Trump” will commit violence. That weird wording, an obvious attempt to avoid the phrase “Trump supporters,” could account for the difference in the two numbers.

So whether they expect a civil war or not, a large number of Americans worry about the threat of violence from those who oppose their views, whatever they are. That seems like a prime indicator.

By 37-32 percent, Democrats were more likely to believe another civil war is coming than Republicans, while independents, including those paying the least attention, were least likely to believe this at 26 percent. Again, the difference in the numbers isn’t important as the fact that a significant percentage of people on both sides of the party divide, as well as those not taking sides, see a civil war coming.

We should think about what kind of civil war to expect, if one is coming. The Civil War as it was actually fought was not as tidy as the Civil War of national memory. But it was fought — the part we memorialize, anyway — between armies which marched into battle in straight lines, led by officers trained in the traditions of the Napoleonic Wars.

A second civil war would be nothing like that. It wouldn’t be a war between the states — formal secession seems unlikely — but a war within the states, waged over a vast battlefield of target-rich public spaces. It might begin as some crazed approximation of red versus blue, but it would quickly fragment into all manner of score settling. People would end up killing each other over issues and for causes that we haven’t even thought of yet. The various branches of the military and law enforcement would be less likely to wage war on each other than to face a deadly mission, not unlike what they contended with in Iraq after the fall of Saddam.

One of the first things we think of in terms of our civil conflict is social media, but it’s not even certain social media would continue to exist in a time of heightened hostilities. Control of communications would in any case be a major strategic concern for the combatants.

The United Kingdom, which had controlled the economies of the Southern states before the war, remained neutral during the conflict, and other countries followed suit. This would not be the case in a second civil war. The Russians have already shown their ability at fomenting conflict during an election. They are not the only hostile power, regular or irregular, with an interest in demolishing the United States. All these enemies would have an interest in prolonging armed conflict.

To imagine such a civil war, we should ditch “Gone With the Wind” and think about more recent civil wars, like those fought over much of Africa. Wars like those in which children as young as 10 are armed and trained for battle, and people have their limbs hacked off for no reason. We may hold ourselves to be more civilized than that, but civil conflict can quickly wash away the veneer of civilization.

It could take a long time before acts of terrorism begin to be called acts of war. If there is a war, it will be hard to know exactly when it starts and even harder to bring it to an end.

In short, a second civil war could be unimaginably worse than the first one, and that one was pretty bad. There remain a host of institutional barriers to such a breakdown, dedicated public servants committed to maintaining public order and a majority of the people who are confidant it won’t come to that. Let’s hope that’s enough.

Previous Article
Why Clarkston, Georgia Has Made Parks a Priority, and What Other Communities Can Learn from this Small City
Next Article
PATH 400, Buckhead greenspace expand with guidance from Livable Buckhead