The race to be “craziest” enters its final lap — but are voters still interested? 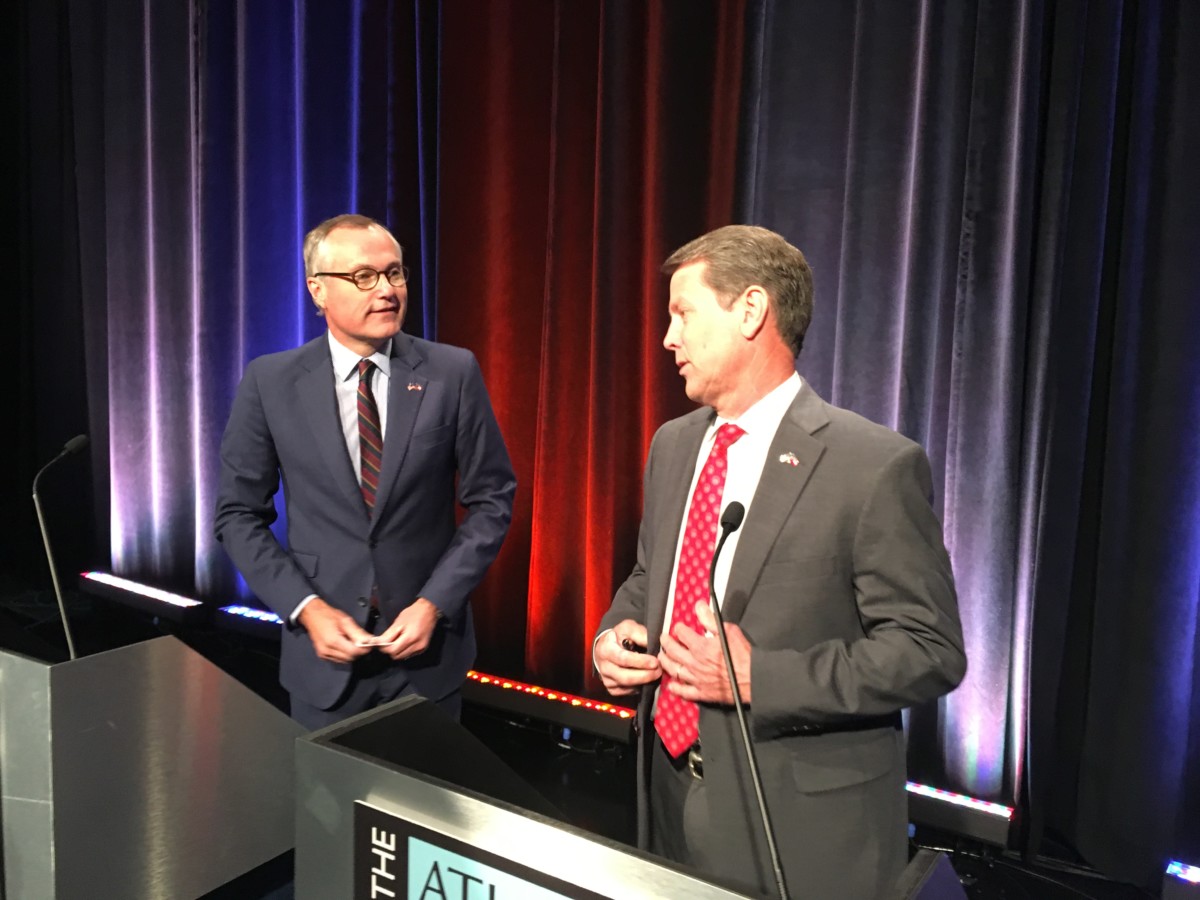 It’s a open seat, the race is neck to neck and lots of money is being spent by both campaigns. By all rights, we should be expecting a healthy turnout next week in the runoff election to pick the Republican candidate for governor.

Whether Republican primary voters do show up in any great numbers to choose between Lt. Gov. Casey Cagle and Secretary of State Brian Kemp could signal how much of a general election race to expect this fall.

In the last open-seat governor’s race in 2010, a total of 680,489 Georgians voted in the Republican primary, compared to 607,441 this year. The drop-off looks even worse when you consider that the 2010 primary was held on July 20, conflicting much more with summer vacation schedules than this year’s May 22 primary.

Could that falloff over eight years be explained in part by the narrowing of the campaign focus to the point where it became, as Cagle described it on the Clay Tippins secret recording, a race to see “who had the biggest gun, who had the biggest truck, and who could be the craziest?”

In the 2010 Republican runoff — held Aug. 20 that year — the GOP got a very respectable return vote of 579,551. This year’s turnout isn’t likely to come close to that, but it matters how far it drops.

It matters in particular for Cagle. His campaign got the needed endorsement Monday of Gov. Nathan Deal, but to change the drift of this race he needs to pick up votes across the big Metro Atlanta counties. That’s where his media dollars can have the greatest effect, and where voters would be least susceptible to Kemp’s grassroots appeal.

“I don’t really believe we will live full time in the Governor’s Mansion,” Cagle said recently, yokeling it up with voters in Toccoa. “I don’t like the air down there.” Like the air or not, if Cagle doesn’t pick up steam across the Metro area, he’s toast.

These are also the counties which have changed most dramatically over these last eight years, and where Rep. Stacey Abrams’ campaign made its most decisive statement in this year’s primary. It’s trickier territory now for Republicans looking to pick up primary voters.

In 2010, former Gov. Roy Barnes won his home county of Cobb with just under 18,000 votes, in a primary in which 23,164 Cobb Democrats voted. Abrams won Cobb with 31,000 votes out of more than 41,000 Democratic votes cast in the county. She got about the same total in Gwinnett — only some 7,000 votes less than the combined total of the entire Republican field.

The increase in activity in these inner suburban counties is a big part of why Democratic turnout increased from a total of 395,487 in 2010 to 555,089 this year.

Barring some extraordinary development, well over a million people will vote for each of the candidates for governor this fall, so primary vote totals aren’t always reliable in predicting how a general election will turn out.

They can tell us whether the universe of those choosing their party’s candidate is expanding or contracting, and that in turn can say something about how broad the candidate’s appeal might be. The universe of Democratic primary voters has expanded since 2010, although it hasn’t overtaken Republican participation.

The universe of Republican primary voters has contracted, and that makes the conservative hard core all the more important. Cagle’s unguarded comment made the same point, more colorfully. So does Kemp’s closer ad, in which he casts himself as the “politically incorrect conservative” in the race.

One interesting detail from last week’s AJC/WSB poll is that Sen. David Shafer, who nearly won the primary with an outright majority, now holds only a 35-31 percent lead over Rep. Geoff Duncan, with 33 percent undecided in the race. That’s a testament to how volatile the Republican primary electorate can be.

One in five Republican voters in the AJC/WSB poll said it was important to them that their candidate be a strong ally of President Trump. Regardless who wins the runoffs, we might likely see this president campaigning in Georgia this fall, and possibly the last president as well. Republicans hold the advantage in this race, but the size of next week’s GOP runoff will say something about how solid that advantage is.