The toxic mix of American mayhem 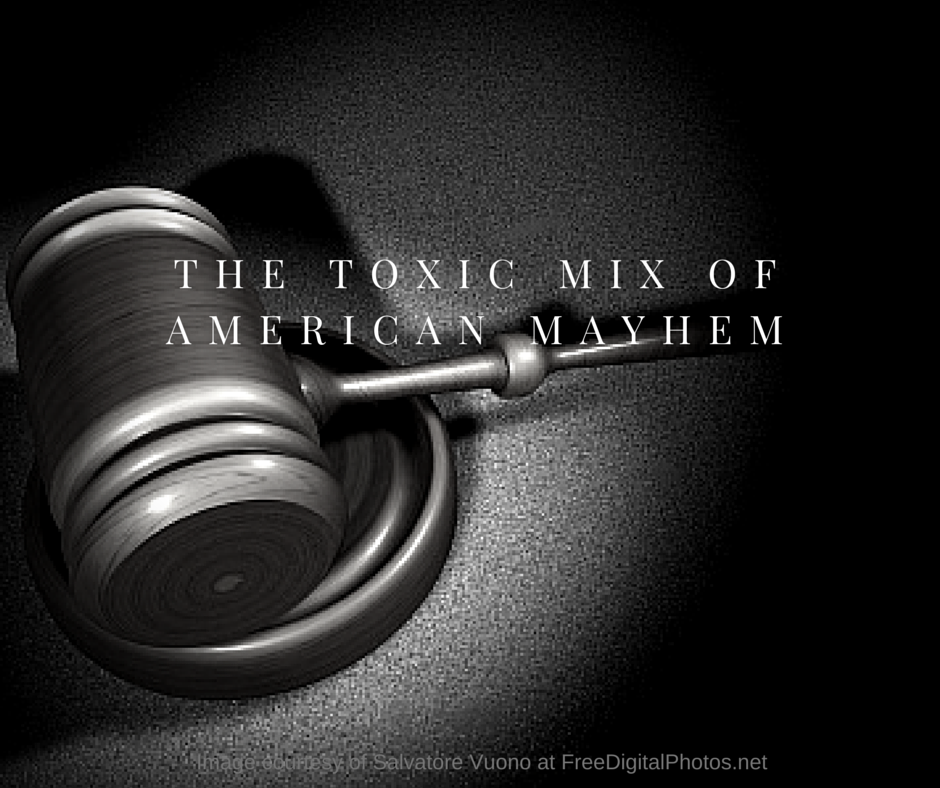 As the pageant of American mayhem has proceeded over the past week or so, replete as always with fresh bodies and fascinating subplots, a couple of things Fulton County Superior Court Judge Wendy Shoob said in a recent interview have rattled around in my mind.

A veteran of 23 years on the bench, Shoob recently finished her second stint on the court’s Family Division. In an interview with the Fulton County Daily Report, Shoob said she had experienced fear more often in family court than she had presiding over criminal cases.

This can’t be too surprising to anyone who’s had experience with domestic violence or a messy divorce, although it’s not often a judge talks about the tensions such conflicts evoke in terms of her own sense of danger.

“There’s a lot of passion: your family, your money’s at stake. Most of our worst criminal cases come out of family situations; a good deal of murders come out of couples splitting up,” Shoob said.

The day after this interview was published, a Douglas County man who had been divorced for five years, upset over taxes and child support, shot and killed his ex-wife, her boyfriend, and two of his children, leaving two other children injured. Then, after chasing his own children out of their house and shooting them in the street, he killed himself.

“Last night I couldn’t get the, ‘Daddy no! Please. No’ out of my head,” a neighbor who witnessed the shootings on the street said the following day.  Yet media attention moved on briskly after the weekend shooting, because there was plenty more mayhem to cover.

In her interview, Shoob noted a change since her first tour in the Family Division which has ominous implications for all of us.

“What shocked me since the last time I did it is that I’ve noticed more mentally ill people, and sick people, than there were before. The children are sick—autistic, with allergies—and the parents are sick. I think our society is sicker on the whole—food, chemicals, whatever. People do not look healthy, a lot of people are on meds, anti-psychotic medications.”

We can debate over whether this additive or that med does more harm than good, but when someone this well-schooled in craziness says that things are getting worse, we ignore them at our peril.

Consider the case of the man who shot three Muslim students last week in Chapel Hill, N.C. We’ve spent a lot of time, perhaps more than they deserve, examining the beliefs he spouted on Facebook. No attention has been paid to what he ate or the meds he was or wasn’t taking, but it may have as much to do with the crime.

Over the past few years there has been a long and largely misleading debate about whether we should focus on mental health or gun control as a remedy for the mayhem — in plain terms, the nuts versus guns debate. As a tragic result of this false dichotomy, we have become far too passive about the clear and present danger of nuts with guns.

Perhaps it was a desire to fit in that inhibited the students from reporting to the police an angry man flashing a pistol under his shirt, carrying on about a parking space. But surely they had the right to do so, and the police would have been obliged to take them seriously if they had. No sensible definition of gun rights can condone the actions which took place in the days leading up to the shooting.

When a woman in Idaho beat, kicked and stomped on her Jewish neighbor in an attempt to convert her to Christianity, authorities labeled it a hate crime. If there were a similar designation, it would also be a nut crime.

But what to do with a shooter who claims to despise all religions? The shooter in North Carolina may be so mentally tangled that he really thought he committed a triple murder over a parking space, but it obviously goes much deeper than that.

It clearly involved a deep animus toward religion and any religious symbol, like the head scarfs the two women he killed wore. It was fueled by a fascination with people getting blown away on screen. And whether it will be officially classed as a hate crime, surely there was a lot of hate involved.