Latest on Views From Peachtree

Sponsored by these organizations:

SaportaReport is proud to present the latest in Thought Leaders from across Georgia. Designed as a general forum where experts may host discussions about their respective fields, SaportaReport Thought Leadership is sponsored by various industry leaders from the Atlanta area. The Buckhead Community Improvement District, the Midtown Alliance, and Central Atlanta Progress are partnering on this column to share their news and thoughts about Atlanta along the Peachtree spine. 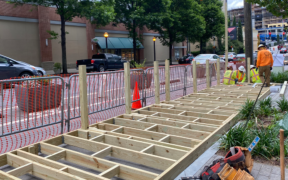 By Forrest Rose, Project Manager, Transportation & Sustainability, Midtown Alliance Midtown Alliance kicked-off construction of two new parklets on the west side of Spring Street between 8th Street and Peachtree Place.  Sounds like good news, right, but what exactly is a parklet? Parklets originated back in 2005 when several urbanists installed an intervention in a […] 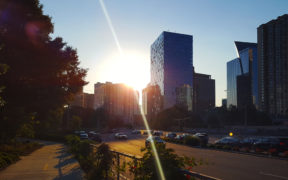 What TSPLOST and Infrastructure Bond Funds Could Mean for Buckhead
May 9, 2022 7:54 pm

By Jim Durrett, President of the Buckhead Coalition and Executive Director of the Buckhead CID In two weeks, on May 24, City of Atlanta voters have a chance to cast ballots to address more than their candidates of choice for certain elected offices. There are also three very important special election questions regarding the City’s […] 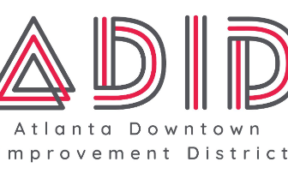 The Atlanta Downtown Improvement District (ADID) today announced the retirement of David (Dave) Wardell, CPP, Vice President of Operations and Public Safety, which will be effective in June 2022. Wardell has served in his role with ADID for 20 years. During his tenure, Wardell successfully led efforts to keep Downtown Atlanta safe, clean, and hospitable […] 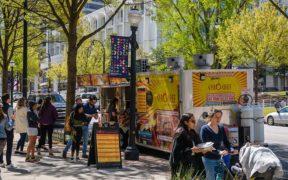 By Ansley Whipple, Midtown Alliance, Project Manager of Programming and Activation A robust public life is an essential component to a thriving urban community. What does this look like? Activity at the street level that delights and invites you to linger, interact, and connect. Public events, programs, and installations that reinforce a sense of place […] 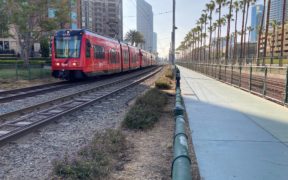 By Jim Durrett, President of the Buckhead Coalition and Executive Director of the Buckhead CID I woke up this morning in San Diego. I was here four years ago on the Atlanta Regional Commission’s LINK trip. When we arrived in 2018, we were greeted by a sight that my friend and colleague, Kevin Green, described […] 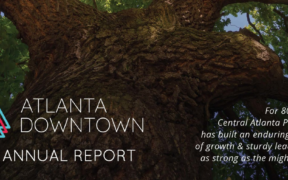 Read the Central Atlanta Progress & Atlanta Downtown Improvement District 2021 Annual Report here   By A.J. Robinson, CAP/ADID President A roller coaster is a wild ride filled with highs and lows, twists and turns, and moments of joy and excitement followed by periods of anxiety and anticipation. You certainly needed to have your seatbelt […] 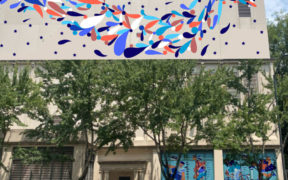 By Lauren Radman, Project Manager, Urban Design and Placemaking at Midtown Alliance Public art enlivens the urban experience and contributes to dynamic public spaces. It’s magical to see blank walls transform into large-scale works of art in real time. After working primarily inside their studios since they moved in late last summer, Midtown’s Artists in […] 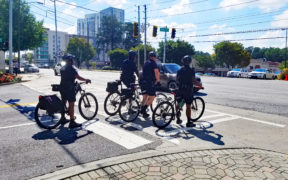 By Buckhead CID A little more than a year ago, the Buckhead Community Improvement District partnered with the Atlanta Police Department to implement a bike patrol to combat crime in the area. Every weekday four off-duty APD officers who are certified as part of the department’s Bicycle Response Team patrol parking garages and parking lots […] 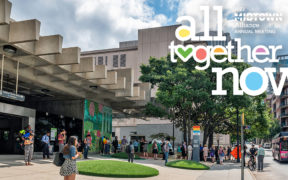 Why Midtown Atlanta is Positioned for Post-Pandemic Success
March 14, 2022 3:42 pm 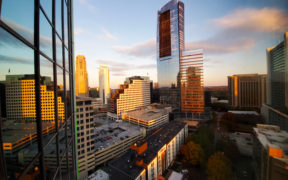 By Denise Starling, Executive Director of Livable Buckhead For a planner like me, stories are best told in charts and graphs. That’s why each year I look forward to the session that Livable Buckhead hosts where the Atlanta Regional Commission gives us a detailed look at the latest data on local and regional growth and […]