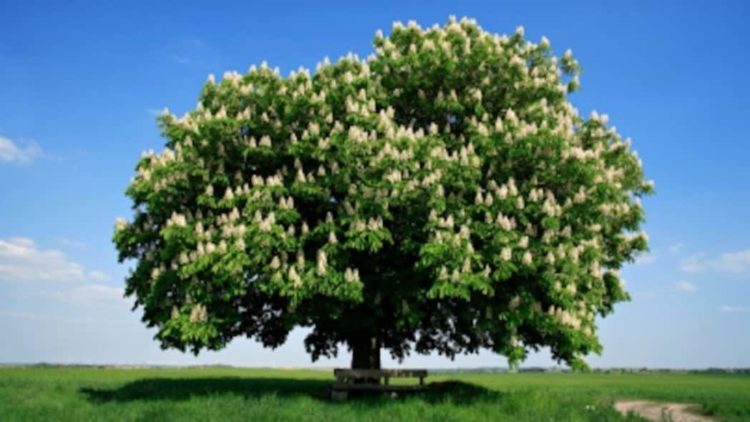 Georgia's stands of American chestnut trees have been beseiged by a fungal infection that cause their death. Credit: thetutuguru.com.au

The 12th annual Hemlock Festival that begins today in Murrayville has added the American chestnut tree as a species it’s trying to protect through proceeds of the outdoor gathering.

Proceeds are to be donated to scientists who are exploring gee-whiz technology to save both trees. The research is underway at the University of Georgia, Young Harris College and the University of North Georgia.

UGA scientists have found a way to generate hemlock tissue and store them cryogenically. One result of the research is the development of a method to clone hemlocks.

The chestnut could benefit from work by other UGA researchers. They have found a way to insert anti-fungal genes into the trees’ DNA. This is the result of a 20-year effort by Scott Merkle, an associate dean for research and professor at the Warnell School of Forestry.

American chestnut trees once were plentiful in Georgia, from the north Georgia mountains to the Piedmont. That changed as a blight arrived in the 1940s and spread.

According to a story in the New Georgia Encyclopedia, chestnut trees don’t thrive because a fungal infection strikes through wounds in the bark. The fungal mycelia destroy the trees’ ability to transport water from roots to leaves.

Trees survive, but they tend to die before they produce nuts or are higher than 30 feet. Previously, chestnuts grew to nearly 100 feet.

The story is similar with hemlock trees. 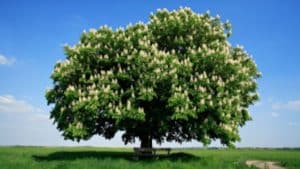 Georgia’s stands of American chestnut trees have been beseiged by a fungal infection that cause their death. Credit: thetutuguru.com.au

According to a report by the University of Georgia, hemlocks are in “terrible danger” from the hemlock woolly adelgid, a pest similar to an aphid that’s native to east Asian and has no known predators in this country. The adelgid appears to kill hemlocks when it injects a toxin into trees while feeding on their sap.

The Lumpkin Coalition, which sponsors the Hemlock Festival, agreed to expand their focus to efforts to preserve chestnut trees:

The coalition was formed to donate money to college and university labs that are exploring ways to protect the hemlocks and, now, chestnuts.

The Hemlock Festival is the organization’s major fundraising event. The 2014 festival raised enough money to enable the coalition to donate nearly $24,000. The festival raised $52,506 in gross receipts and expenses totaled $28,695. The largest expenditure was $13,140 for entertainment, according to the coalition’s 2014 tax return, as reported by guidestar.org.

The coalition does not have paid staff and is managed by its board of directors, according to the tax return.

The Hemlock Festival is to conclude Sunday after a weekend of music and outdoor festivities including a lantern parade, kids nature center, tree climbing, archery and knife throwing, and arts and crafts.

Primitive campsites are available and campfires will be allowed in designated areas. State and federal foresters have banned campfires in other portions of north Georgia because of the drought.

Online ticket sales to the Hemlock Festival are no longer available online, according to its website. Ticket prices range from $20 to $50, according to a report on festivalnet.com.