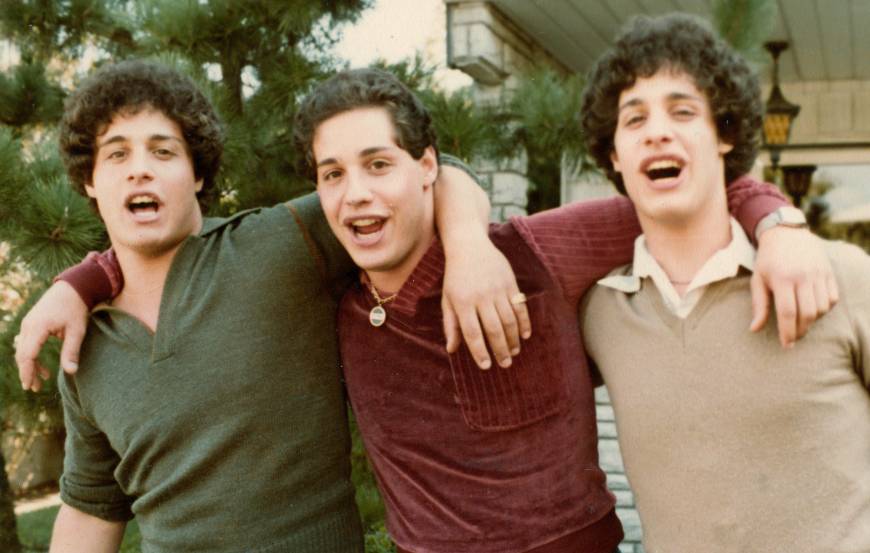 A scene from "Three Identical Strangers"

Everybody finds the first day of college a little weird, but it was, well, doubly so for Bobby Shafran.

When he arrived at Sullivan County Community College in 1980, total strangers were happy to see him. Guys high-fived him.  Girls gave him a hug. 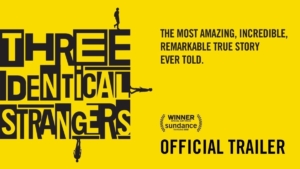 Finally, someone put, well, two and two together and asked him if he was adopted. He was. And the next thing Bobby knew, he was introduced to Eddy Galland, his identical twin. Both had been adopted. Neither of them knew the other existed.

But fate held one more card.

After their “separated at birth” story hit the media, David Kellman turned up. Bobby and Eddie weren’t merely twins; they were part of a trio.

Thus, the stranger-than-fiction documentary, “Three Identical Strangers,” which starts out as a chronicle of an oddity, but slowly turns into something deeper.

Through archival footage, we witness the brothers’ brief fling with celebrity. They’re interviewed by Phil Donahue and Tom Brokaw. They’re featured in everything from Time Magazine to People to Good Housekeeping. They rent an apartment together and make the rounds of Studio 54 and Limelight. They’re a throwaway joke in the Madonna movie, “Desperately Seeking Susan.”

They even open a restaurant in Soho together called — what else? — Triplets.

And then, as one interviewee says, things got “funky.”

Frankly, the less you know about “Three Identical Strangers,” the better. There are reasons the boys never knew about each other, reasons even their adoptive parents didn’t know, reasons I’d rather not got into except to say the phrase “lab rats” comes up. 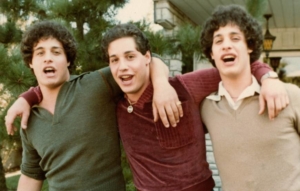 A scene from “Three Identical Strangers”

The movie’s nature-vs.-nurture theme is brought up early. When the boys’ backgrounds – rich, middle class and blue collar – are revealed, David, the “blue collar’ kid from Long Island, cheekily jokes: “My first thought was, he (Bobby) got the wealthy family.”

However, David got the dad they all adored, the one whose immediate reaction was: “Now I’ve got three sons.”

Much is made in the initial scenes about the triplets’ shared tastes in stuff like booze, cigarettes and music. But later on we learn they also shared a tendency, as teens, toward psychiatric problems.

“I don’t know if this is going to turn out to be great or terrible,” observes one of the brothers in the ecstatic first flush of their reunion.

As “Three Identical Strangers” shows us, it turns out to be a bit of both.