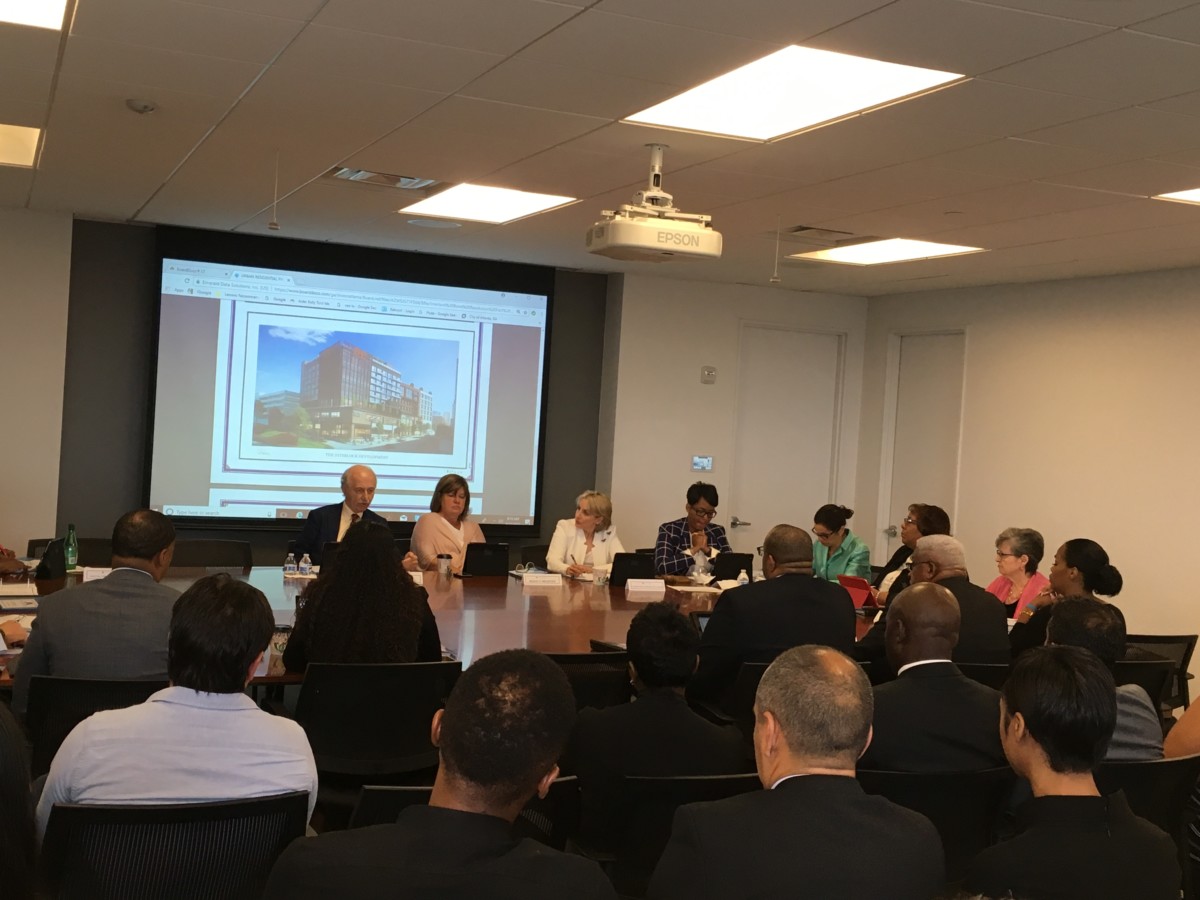 The board of Atlanta’s investment authority on Thursday approved deals that include tax breaks worth $16.1 million over ten years meant to help jumpstart three big developments. But with an eye toward property tax bills going out soon to homeowners, critics asked whether the city needs to be handing out breaks for these works. 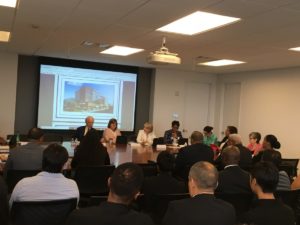 “This is a $7.5 million tax abatement in a very hot real estate market [west of Georgia Tech] … this does not require any incentives,” said Invest Atlanta board member Julian Bene, just before he voted against the first of three deals on Thursday morning.

At issue was the commercial part of the “Interlock” mixed-use project, planned for the southwest corner of Howell Mill Road and 14th Street.

Jeff Garrison, a partner in developer S.J. Collins Enterprises, told the board that the project will come with public benefits, like a bike lane, crosswalk works and green space. And that it will create jobs — both in construction and in retail when it’s done.  A Georgia Tech incubator would be one of the main tenants, and they’ll be given a break on rent.

“We couldn’t have done that without your help,” Garrison told the board.

Bene acknowledged there will be some public benefit, but said $7.5 million is “completely disproportionate” to those benefits.

On the one side, some folks say it’s a good idea to jumpstart developments that will eventually fatten the tax rolls with new apartments and gussied-up offices and the like. On the other side are folks who say some developments will happen without the city’s help or that the city could do more for the public good by collecting full property taxes.

One of the other deals that divided the board was a bond for the restoration of Peachtree Center, which will save the building’s owners $2.9 million in taxes over 10 years. The other is a bond for an apartment building to be built atop an existing parking deck at the southeast corner of Peachtree Center Avenue and Andrew Young International Boulevard.

Atlanta School Board Member Nancy Meister, who also sits on the IA board, voted against all three deals.

Speaking ahead of the Interlock vote, Meister said that many folks across Fulton County are going to get higher property tax assessments this year.

“Now we’re just adding more fuel to the fire at a really bad time,” Meister said. She asked for a delay to rework the deal but said she couldn’t support what was on the table.

But board member Chris Ahrenkiel, a vice president at Selig Enterprises, said ahead of the Interlock vote that doing away with the IA incentives risks delay on of construction. That means delay in making the land more valuable to the city’s tax collector. Delay too long, and the city could miss out on property taxes worth, well, $7.5 million.

“You’re never going to go below what’s paid on the land today [in property taxes,] you’re only going to go up substantially,” he said, and subsequently voted for all three deals.

Read the details of the deals here: