It’s time for music in Georgia 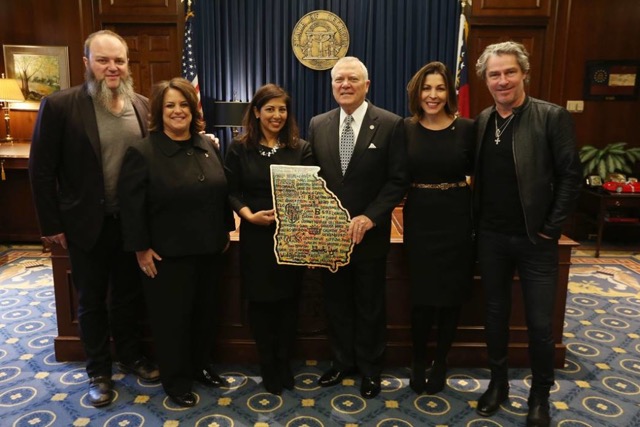 This week, guest columnist STANLEY ROMANSTEIN of Georgia State University makes a case for supporting the music industry in Georgia.

How do we create and promote a viable, growing, sustainable music industry in our state? Lieutenant Governor Zell Miller first put that question to the Georgia General Assembly in 1978 — almost 40 years ago — by naming both a Senate Music Recording Industry Study Committee and a Music Recording Industry Advisory Committee. Similar committees have been constituted under the Gold Dome every year since — and their efforts have paid enormous dividends for our state.

Today, music in Georgia is a $3.7 billion industry that generates, along with jobs for more than 20,000 individuals, approximately $313 million in annual state tax revenue. More can and should be done, however, to promote and encourage the industry’s continued growth. 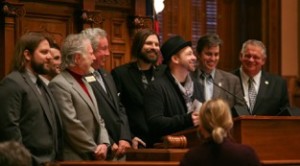 Georgia Music Partners has taken the lead in positioning our state’s music industry to attract large concert-tour productions and to be a premier destination for music scoring for film, television, and video games. House Bill 956, now being considered by the state legislature, would extend tax incentives for music recording and synchronization work done in Georgia and would create enormous opportunity for Georgia studios and musicians to work in recording, sound design and commercials, video gaming, television, and film. It would do for the music industry what similar incentives have done to make Georgia such a coveted destination for film production. Adoption of HB 956 by the state legislature is an essential step in moving Georgia’s music industry forward.

Wednesday, March 2 — Georgia Music Day — will give us an opportunity to highlight that need. It is an occasion to celebrate our state’s rich musical heritage, and an opportunity to remind legislators that our state needs to invest in music and in the business of music for this industry to continue to grow (#TurnUpTheVolume). Our state’s musical heritage spans an impressive array of genres, from classical and jazz to hip-hop and rock, to country and bluegrass. In fact, the musicians alone who call or have called this state home is somewhat staggering — from Ray Charles, Gladys Knight, James Brown, and Little Richard . . . to R.E.M., Indigo Girls, and Widespread Panic . . . to Robert McDuffie and the Atlanta Symphony Orchestra . . . to Ludacris, Janelle Monáe, Sugarland, Usher, Mastadon, and the Zac Brown Band, among a host of others.

In addition to events at the capitol, on March 2 music lovers throughout the state are being encouraged to wear their favorite artist’s or band’s T-shirt to work or school and to share photos of their shirts via social media (#GeorgiaMusic). 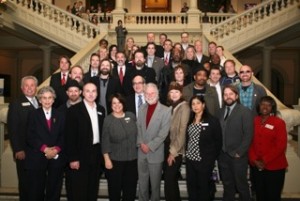 It’s important to note that these important efforts extend far beyond Georgia Music Day: in collaboration with Georgia Music Partners and the Recording Academy (GRAMMYS), Georgia State University (GSU), through its soon-to-be-launched Creative Media Industries Institute, is working to open a meaningful dialogue between our state’s music, film, and video gaming industries and Georgia’s colleges and universities — University of Georgia, Georgia Tech, Kennesaw State University, and GSU, in particular. Our goal is to engage those who are preparing students for careers in these creative industries, because they are tomorrow’s entertainment industry professionals.

On Tuesday, March 8, GSU’s Creative Media Industries Institute will start that all-important dialogue by convening its first Music Industry Leadership Summit, a unique opportunity for industry and academic leaders to talk face-to-face in an open and intimate setting.

Much is being done to create and promote a viable, growing, and sustainable music industry in our state — and even more needs to be done in our quest to make Georgia the undisputed music capital of the Southeast.

Stanley Romanstein is a Professor of Practice in Music & the Arts with Georgia State University’s Creative Media Industries Institute. He serves on Georgia Music Partners’ board of directors.