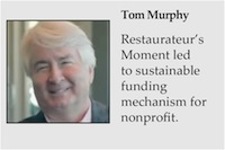 Tom Murphy had been in the restaurant business for years serving nutritious and high quality meals at Murphy’s, his iconic Virginia-Highland restaurant, but it wasn’t until his mother passed away from ovarian cancer that he realized there was a segment of the market that wasn’t being served well. He decided to fill that void and, in the process, created a sustainable funding mechanism that has earned millions of dollars for the Atlanta nonprofit Open Hand.

While Tom’s mother was fighting ovarian cancer 10 years ago, she was faced with the debilitating side effects of chemotherapy and other medicines. Her appetite diminished and her energy level withered. When she did have an appetite, she didn’t have the stamina to cook herself the low-calorie nutritious meals that her body desperately needed to fight her disease.

The difficulties that Tom’s mother faced were common to other cancer patients, but she had an advantage over other sufferers – she had a son in the restaurant business who was able to bring her specially prepared nutritious balanced meals.

“After she passed away, I realized that if you didn’t have a son that owned a restaurant or weren’t wealthy, or weren’t in the position to call Meals on Wheels, you were really out of luck,” Tom said.

That Moment led Tom to research opportunities to fill this growing healthcare market need. His journey began with his brother, a Broadway actor, whose best friend played the large-sized character Newman in the hit show, Seinfeld, lost 117 pounds with a low-calorie prepared meal plan. Tom discovered the plan’s creator had been creating food programs for California actors without any real experience in the food industry and had built a $10 million business.

“So I just came back (to Atlanta) and was really ignited and energized that I was really on to a need,” Tom said. “Looking around, I realized what we were talking about was a terminology that is coming of age called Meal Nutrition Therapy (MNT).”

Murphy then called Project Open Hand, which provides nutritious, and medically appropriate meals to homebound seniors and other individuals with chronic illnesses. More than 5,500 meals are prepared per day and distributed to underserved individuals across 17 Georgia counties. The organization had been funded primarily through individual donations and corporate giving from restaurants such as Murphy’s that donate a day’s proceeds to the nonprofit organization. “I had been donating money but I just didn’t really know about their facility. I just knew about the good cause and good purpose they had,” Tom said.

He visited the facility and told its director at the time, Stephen Woods, about his idea for a program that would combine what he found in the California diet plan with the program the Chicago woman had launched. His concept was to create an exceptional meal plan for those that could afford and would pay for a specialized diet and then use the proceeds to sustain a meal plan system for those that could not afford a specialized diet plan but desperately needed one – such as the programs offered by Open Hand.

Murphy named the new business Good Measure Meals. “My mom used to make me cut Mrs. Eckols’ yard across the street and would say, ‘It’s for good measure you do it and it will come back to you,” he said. “It was sort of a message my mom had seeded in my mind about doing good and the returns come back in many different ways.”

Tom could see the need for Good Measure and thought he was destined to not only make it successful but to also do something to honor his mother with a social conscious perspective. Eventually, the economical toll of funding a startup that was donating its proceeds to a nonprofit began to wear down his patience – and his bank account.

“It was hard going, I was pumping a lot of money into the project,” Tom said. “I wasn’t sure if it was economically viable to continue. I just prayed and said, ‘God, you are going to have to send me a message because I’m either going to shut this thing down this week or you’re going to tell me to keep it open,’ ” he said.

After several days of putting everything in place to end the operation, he got a call from a friend early one morning – Good Measure Meals was featured on the section front of the Atlanta Journal-Constitution praising the wonderful and beneficial program.

“The phones melted off the line,” he said, looking towards heaven. “I was like, ‘ok, I get the picture – whether I’m supposed to really own it and keep doing it, I just get the picture that it’s got to continue.’ ”

Doctors began calling and asking about the program and Tom’s original vision for the viability of the business was confirmed. “I realized that the social consciousness of a nonprofit and for-profit don’t always work consistently together but the right thing to do is not see this thing die, but to really give it a way to meet its total opportunity.”

Murphy’s Restaurant began as an idea Tom submitted in his thesis to his Georgia State college professor. He believed Atlanta needed a neighborhood deli similar to the corner shops in New York City, where he was born before his parents moved to Atlanta when he was a child. His GSU professor liked Tom’s idea so much she gave him an A and said she’d help him get a loan to turn his idea into a reality. Thirty three years ago, Tom opened Murphy’s in the Virginia-Highland neighborhood of Atlanta. Though Tom suffered economic loss by funding the start up of Good Measure, his restaurant in Virginia-Highland has continued to flourish, even during the recent recession.

Good Measure has provided specialized meal programs to meet dietary needs of people with diabetes and hypertension as well as providing meals for weight management. And it has earned more than $17 million in revenue since 2004 and is helping to fund Open Hand’s charitable work. The success of the wholly owned subsidiary of Open Hand has made them one of the largest contributors to the organization.

“They are serving more people than ever and the need is growing,” Tom said.

“I love Murphy’s and this is what I do for a living, but I think that this is really an opportunity that can touch so many more people,” he said. “And as they get better, so do a lot of people – and I’m really proud of that.”

Disclosure: Chris Schroder’s PR firm helped Murphy’s with a few projects in past years, including the launch of Good Measure Meals. 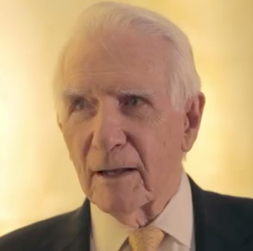 Next week in Moments: Frank Skinner

Next week in Moments: Frank Skinner, former BellSouth executive, on when he met a young boy on a United Way visit.