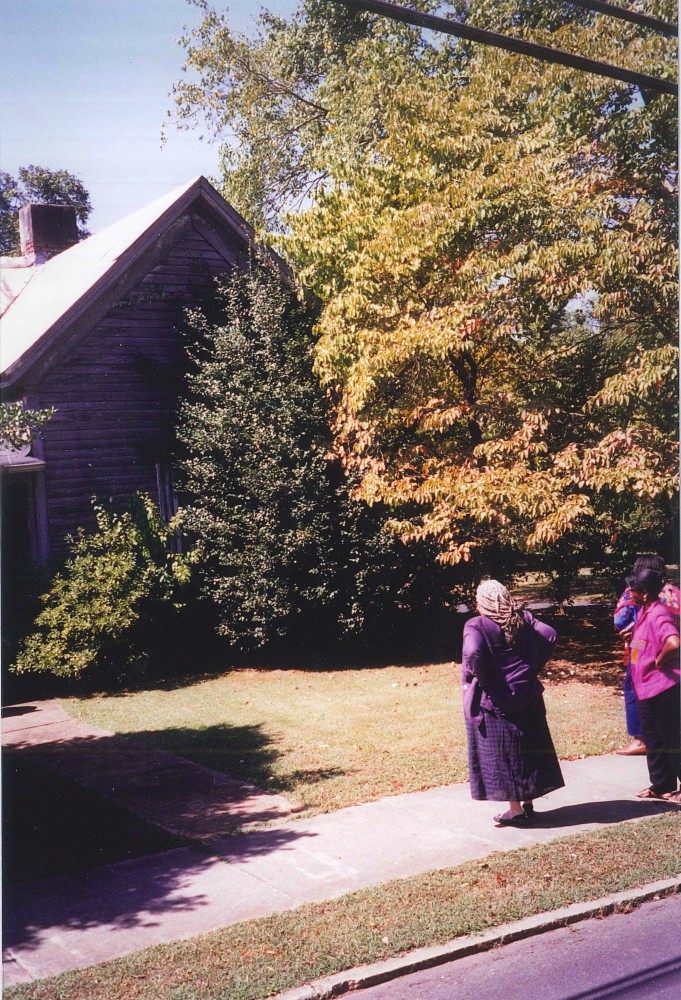 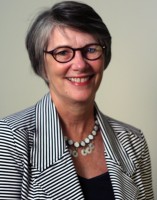 Over the last several weeks, literary and major media outlets have eagerly discussed novelist Toni Morrison and her new book, God Help the Child, her eleventh. Morrison, who is 84, is not a southerner, yet the South, and even Georgia, are all over her books. While we may not exactly claim the Nobel Laureate of Literature as a Georgia writer, Morrison has significant Georgia roots and so, too, do many of her characters. We can recognize our stories in hers.

Morrison’s father, George Wofford, was born in Cartersville, in Bartow County, in 1908. Her grandfather was a railroad engineer for the Western and Atlantic line that ran 138 miles from Atlanta to Chattanooga. By the early 1920s, life in Cartersville became unsustainable. George’s father lost his job to a white man and was demoted to working as a drayman. Numerous lynchings, reported with photographs in the newspapers, happened in their neighborhood. 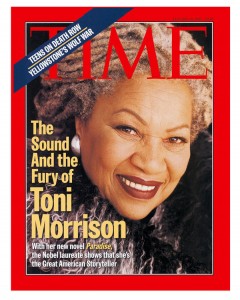 George Wofford and his family resettled in Lorain, Ohio; he later married Ramah Willis, whose family had lost her Native American great-grandmother’s Alabama land to a white man, moved to Kentucky, and then also to Lorain. Toni (born Chloe Wofford), George and Ramah’s second daughter, was born in 1931 and lived in Lorain until she went to college at Howard University in Washington, D.C. Morrison’s father visited Georgia often, but he never brought his family to the state he believed to be the most racist in the nation. 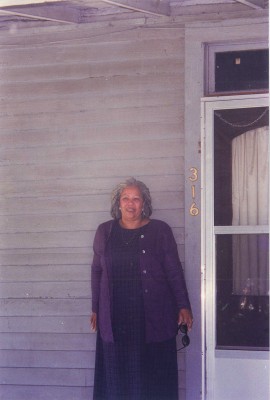 Novelist Toni Morrison, in 1998, outside the house in Cartersville where her father grew up. Credit: Pearl McHaney

Morrison had a champion in Georgia, nonetheless. In May 1993 Dr. Carolyn Denard (then associate professor of English at Georgia State University and now an associate provost at Georgia College in Milledgeville) led the founding of the Toni Morrison Society; five months later, Morrison was awarded the Nobel Prize for Literature. The first biennial conference for the society, “Toni Morrison and the American South,” directed by Denard, was held in Atlanta and Cartersville in 1998 with the Nobel Laureate in attendance.

This was Morrison’s first time to visit her father’s home. About 30 conference attendees traveled to Cartersville with Morrison—she, Denard, and a few dignitaries by limousine, the rest of us by bus. The first stop was the Cartersville Public Library on West Main, where folding chairs were arranged between the four-foot-high book stacks. We were met by State Supreme Court justice Robert Benham, a native of Cartersville who, in 1984, had been the first African American judge appointed to the Georgia State Court of Appeals and the first African American since the Reconstruction era to win the position in a statewide election.

With Morrison sitting in the front row, Judge Benham told the group first of the town’s history of African American communities and then of the lynchings in Morrison’s father’s town. He illustrated his report with photocopies of newspaper stories and photographs set inescapably at eye-level atop the book stacks. 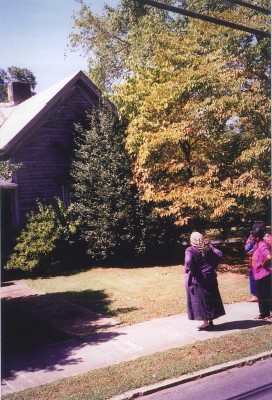 At first, Morrison declined to comment, and then she sat forward on her chair, turning slightly to address both Judge Benham and the rest of us, and told a surprising story of how the judge’s presentation helped her to realize something about her father. George Wofford had worked as a steel welder in Lorain, on Lake Erie’s shore. One day, as Morrison told the story, her father proudly reported having welded so perfect a seam that he had signed his name on it. Morrison and her siblings were unimpressed; no one would ever know, the seam would never be seen. But listening to Judge Benham, Morrison reported, helped her for the first time to understand both her grandfather’s loss of pride in Cartersville and, consequently, her father’s personal pride in his work.

We stopped at a church the Woffords had attended, had barbecue on the grounds of the 1923 Noble Hill School (a Rosenwald School), and followed the limousine to the street where her father had lived. We watched from the bus as Morrison walked toward the home. Before she stepped up onto the porch, she reached down, pinched up a bit of earth and dropped it into her pocket.

We can read Morrison’s renderings of Georgia, drawn from her roots and imagination, in several of her novels. Cholly Breedlove, Pecola’s father in The Bluest Eye (1970), recalls traveling to Macon to find his father; in Song of Solomon (1977) Macon Dead Sr. is shot by white men claiming his Georgia peach orchard; Paul D, a character in Beloved (1987), works on a prison farm in fictional Alfred, Georgia. More recently, Frank Money, a Georgia veteran of the Korean War, tells his story in Home (2012). Frank — traveling across the country to carry his brutally abused sister home to the fictional Atlanta suburb of Lotus — journeys into the dreams and nightmares of the past. “Home” is where both Georgia’s racism and her beauty heal the traumatized brother and sister.

Georgia is also home to a special bench — placed by the Toni Morrison Society — intended as a space for reflection on African American history. Part of the society’s “Bench by the Road” initiative, the bench is located outside the First Congregational Church in downtown Atlanta.

Wherever we live, great literature matters, and Morrison’s fictions will continue to reveal us to ourselves.