‘Tulip Fever’ – not an artful walk through the tulips 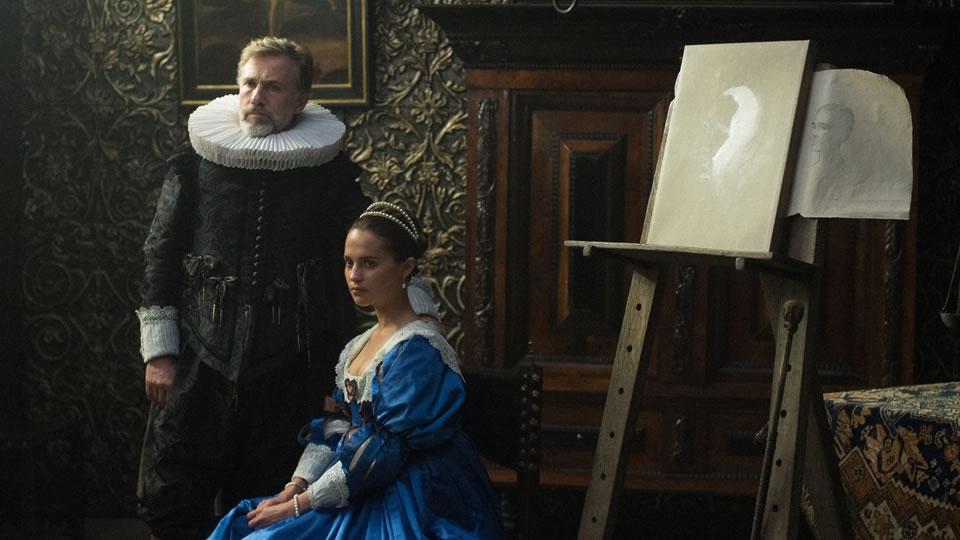 A scene from 'Tulip Fever'

Set in 17th-century Amsterdam when the city, we’re dutifully informed, “was captivated by the tulip,” this pretty but empty period piece can’t decide if it wants to be a melodrama, a romance, a farce or a tragicomedy. So it swings erratically, from one to the other, like a blindfolded drunk aiming at a piñata. 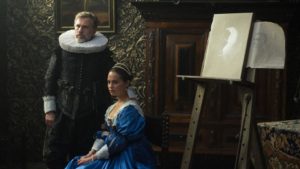 A scene from ‘Tulip Fever’

The piñata analogy is a poor one because if anything, the film does effectively evoke the Dutch city at its most bustlingly mercantile. The streets and docks are jammed with people, some buying, some selling, all in a kind of merchandising frenzy.

But never mind the fish and the farm produce, the silks and the savories, the real game is tulips which are traded like pork belly futures in crowded tavern basements. Think Wall Street, only with plumed hats and bodices.

Our protagonist is the winsome Sophia (Oscar-winner Alicia Vikander), an orphan saved from a life of poverty by a wealthy, much older husband, Cornelis (double Oscar-winner Christophe Waltz).

Blessed with every material good imaginable, he longs for an heir (preferably male, of course). He’s also plagued by memories of his first wife who died in childbirth. Seems that, when push came to, um, shove, he prayed that the child survive rather than his spouse. As it turned out, neither did.

Anyway, Sophia and Cornelis’s sex life isn’t exactly feverish. And after several months, she begins to fear that her husband might trade her in for a newer, more fertile model (never mind that, in those ancient, pre-Viagra days, she probably wasn’t the one at fault). 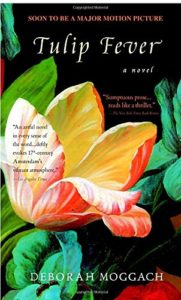 The movie is based on a novel written by Deborah Moggach. A cover of the bestseller – “Tulip Fever’

Perhaps as a way to reassure himself that he’s still got “it,” — I mean, look at my hot young wife — Cornelis commissions a portrait. And that’s how Sophia meets the handsome, age-appropriate, starving-artist Jan (Dane DeHaan).

Naturally, they fall in love.

Meanwhile, in a parallel, “below the stairs” plotline, Sophia’s housemaid Maria (Holliday Granger) is hot and heavy with the neighborhood fishmonger, Willem (Jack O’Connell) (Didn’t we just have fish for dinner, Cornelis dimly wonders.) Their sex life is doing just fine — to the point that she’s gotten pregnant.

Somehow, these two storylines become entangled. Also involved: the aforementioned tulip market where fortunes are made and lost by the hour; a tulip-growing Mother Superior (Judi Dench) who has a softer heart than it may appear; and a shady doctor willing to participate in a medical charade.

The movie is based on a 1999 best-seller by Deborah Moggach who co-wrote the screenplay with Tom Stoppard. Yes, that Tom Stoppard, the endlessly ingenious author of everything from “Rosencrantz and Guildenstern are Dead” to “Shakespeare in Love.”

How could “Tulip Fever” go so wrong? Damned if I know, but it does. On every level imaginable. Maybe that’s why it’s been sitting on the shelf for a few years.

A couple of possible impossible obstacles to consider: 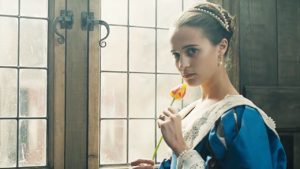 A scene from Tulip Fever

The movie has told the wrong story. What happens with Maria and Willem is a thousand times more interesting than the Sophia-Cornelis-Jan triangle.

That’s partly plot, but also an indicator of the picture’s second problem.  Vikander is a vacuous presence whose Oscar for “The Danish Girl” probably had more to do with her waifish appeal (she’s been nekked a lot) and PC-gone-wrong thinking (“The Danish Girl” was very sympathetic to cross-dressing) than to any actual acting chops.

We are asked to find her situation sympathetic; instead, it’s merely, well, pathetic. And Waltz, who can do just about anything, hasn’t been given anything to do.

“Tulip Fever” is the kind of movie that gives these kinds of movies a bad name. Something smells here — and it’s not tulip.