The Atlanta Hawks announced on Sunday that Koonin will be the new CEO of the Atlanta Hawks and Philips Arena — a move aimed at strengthening the brand of the basketball team as well as focusing on more strategic plans for the organization.

“We just felt we needed a CEO who could step out of our day-to-day operations, both on the business side and the basketball side,” said Bruce Levenson, the majority owner of the Atlanta Hawks, in a telephone interview Sunday night. “Steve is coming on board to weave a host of strategic initiatives, such as strengthening our identity in the community and working on our digital platform. If you look at what Steve has done in the past, it’s a perfect fit.”

Koonin, a nationally respected entertainment and marketing executive, has worked with the NBA for 28 years primarily in two different roles. 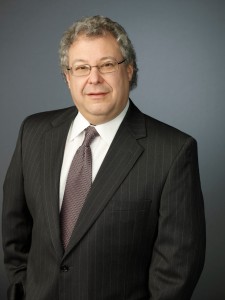 After a decade at Coca-Cola, Koonin joined Turner Entertainment Networks, where he has spent 14 years, most recently serving as the division’s president. He’s been overseeing programming, marketing, scheduling, strategy and operations for top-rated networks TNT, TBS, TruTV and Turner Classic Movies.

“I love Turner,” Koonin said in a phone interview Sunday night. “It’s been a phenomenal ride with Turner. If this one opportunity had not come up I would still be at Turner as long as they would have me. But to have a third act of my business career with my hometown sports team was too good an opportunity to pass up.”

More than a year ago, Koonin, 56, began talking to the Hawks owners about becoming a minority investor in the team. As time went on, both sides realized that Koonin’s role could be much larger than just being a minority owner of the team.

“Over the past couple of weeks, it really accelerated, and it just seemed right,” said Koonin, who expects to join the Hawks later this spring. “This leaked out before we got all the paperwork done.”

“Having those executives there is Steve’s good fortune because he will be able to focus on these big strategic initiatives and not get bogged down on the day-to-day operations,” said Levenson, who had a checklist of what he was looking for in a CEO. “Steve really checked all my boxes and them some that I didn’t have on my list.”

One of the boxes includes reimagining the area around Philips Arena and exploring the development and entertainment opportunities that exist. Another initiative is to map out a digital strategy for the Hawks. But perhaps Koonin’s most important task will be to create a stronger bond between the Atlanta community and the Hawks.

Koonin already is a passionate believer.

“I’m a hometown boy. Now I get to be part of hometown professional sports team,” Koonin said. “I’ve been a fan from the day they moved here. I’ve been a Hawks season ticket holder for at least 20-something years.”

Adam Silver, commissioner of the National Basketball Association, said in a statement: “I have known Steve for more than two decades, and based both on first-hand experience and his stellar record of accomplishments, he is one of the very best executives and creative minds in the entertainment industry. I am thrilled that he is joining the Hawks and bringing his expertise and passion for the game to the team and its fans.”

Koonin, who has lived in Atlanta all his life, has been quite involved in the community, serving the boards of Emory Healthcare, the Georgia Aquarium, the Fox Theatre and the Atlanta Symphony Orchestra. He also is a trustee of the Marcus Jewish Community Center.

He attended the University of Georgia, and he and his wife  recently established the Koonin Scholars Fund at the Grady College of Journalism and Mass Communications. The fund provides scholarships for students planning careers in the creative industries and media.

When asked what his first priority will be as CEO of the Atlanta Hawks, Koonin said to be accountable to the fans.

“The fans need to know that there’s someone who is accountable to them,” Koonin said. “I’m going to be out in the community. I’m going to help build this brand. We are going to make the Hawks a brand that people will want to invest their money, their time, their energy and their emotions in.”

It also was not lost on Koonin that once again he will be working for an entity that used to be owned by Atlanta’s legendary media mogul turned philanthropist – Ted Turner.

“I think I’m the guy who comes in after has gone and takes it to the next level,” Koonin said. “Hopefully I can do that with the Hawks.”

And then as though he had to pinch himself, Koonin said: “This is every boy’s dream. It’s humbling; but I’m excited.”