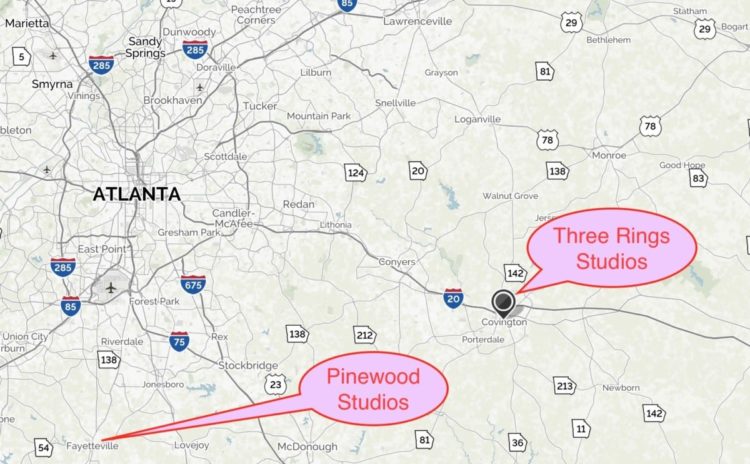 A new $110 million movie and TV studio for filming and editing productions is moving forward with plans to open in Covington in 2017, according to Georgia planning documents. Evidently, the company sees a great need to keep its cards close to the chest. 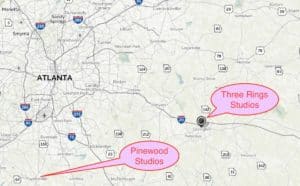 An entity named Three Rings Studios has submitted the paperwork necessary to begin the review process required to move forward with construction of a 700,000 square foot facility. That’s according to Development of Regional Impact forms the company’s agent submitted Aug. 25, as posted by the state Department of Community Affairs.

Reviews of the proposal have yet to be scheduled by the Northeast Georgia Regional Commission, based in Athens, and GRTA, according to the DRI. The governmental entities will review for compatibility with existing development plans for the 12-county region.

Three Rings Studios, LLC was incorporated March 24. The category where the nature of the industry is cited is completed with the words, “any legal purpose,” according to the articles of incorporation posted on the site of the Georgia Secretary of State. No officers of the company are listed. The agent is listed as Elizabeth Crockett, with a business address on Perimeter Center West, near Perimeter Mall.

The same address is provided for the applicant, Lou Passarella. Passarella is listed on Secretary of State records as the registered agent of two real estate developments firms; both of them provide addresses in Buckhead, Ga. – located between Covington and Lake Oconee.

Given the option of providing a street address, the applicant provided the DRI form with the GPS coordinates: 33°38’21.81″N 83°50’7.80″W. The City of Covington submitted the DRI forms, suggesting that the project is to be built within city limits, not in unincorporated Newton County.

The property owner is listed as the Newton County Development Authority. 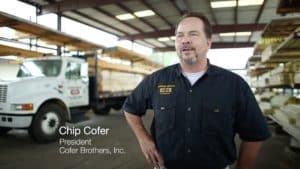 Demand for building materials created by Georgia’s TV and movie industry enabled the long-standing Cofer Brothers, Inc., in Tucker, to survive the collapse of the housing industry during Great Depression, according to Chip Cofer. Credit: georgia.org

Specifics that speak to the size of the project are provided.

The development is projected to generate $1.8 million a year in local property and sales taxes, according to the DRI.

In terms of environmental impact, the DRI states the project will use about 23,500 gallons of water a day; no water line extension is needed to serve the project. Wastewater in the amount of 23,500 gallons per day is to be processed by the Newton County Water Authority & City of Covington; sufficient capacity is available to handle the project, according to the DRI. About 3,200 tons of waste are to generated a year, and sufficient landfill space is available.

Although the size of the site is not provided, the DRI states that 35.45 percent of the site will be covered with imperious surface once the project is complete. Stormwater management is to be mitigated through the following measures:

Officials determined Aug. 30 that the project warrants review by local and state planners to ensure the project complies with the overall objectives for the region.