Under impeachment clouds, Isakson takes a last shot at stirring Congress to action 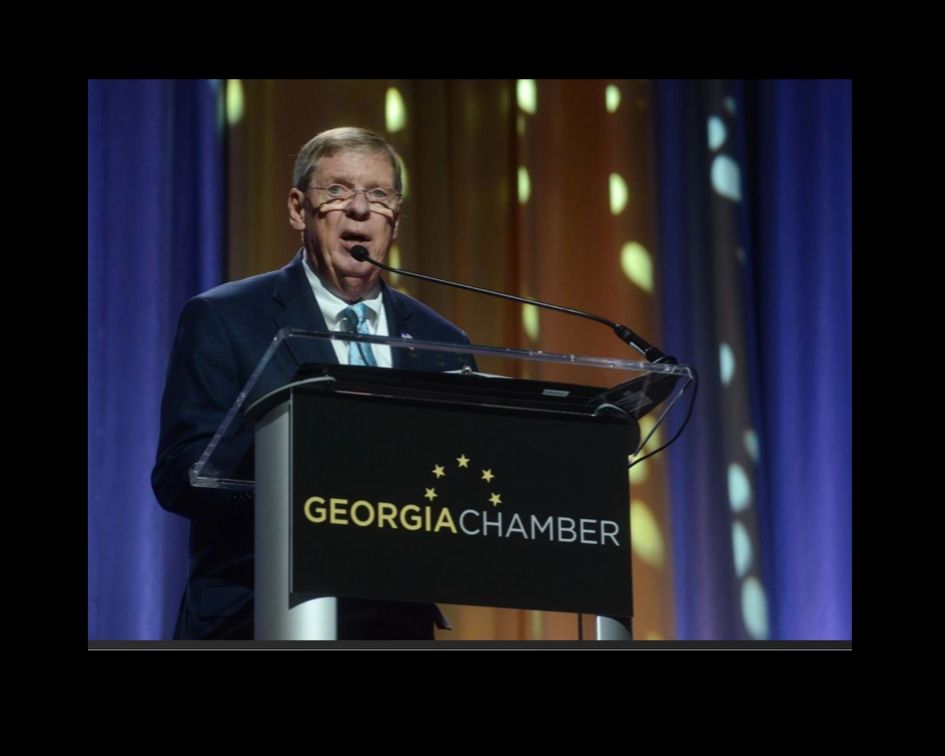 When U.S. Sen. Johnny Isakson let it be known that he planned to introduce one last big bill before his retirement at the end of this year, there was some speculation he might try to break the knot around background checks.

The legislation Isakson introduced last week  doesn’t get into that controversy — in fact it pointedly lumps firearms into a larger pool of “implements” which can be used to carry out “mass violence.” He proposes spending a total of $300 million, $75 million to the Centers for Disease Control for four years — to better understand why mass violence has increased while the crime rate has gone down overall.

“If you don’t think we have a problem with mass violence, you’re not thinking, in my judgment,” Isakson said.

Neither side in the gun debate is likely to have much use for this proposal, one side because it doesn’t go far enough and the other side because it goes at all. That in itself is good reason to look closer at Isakson’s idea, which may have more knot-breaking potential than it might seem at first.

For one thing, we shouldn’t assume we already know what four years of well-funded research might turn up, or that we understand all the reasons for mass violence, which the bill defines as the death or injury of three innocents in an incident not related to drug, gang or organized crime activity.

To this day there is no consensus on the link between leaded gasoline and violent crime. But everywhere this has been measured, violent crime has risen a couple of decades after the introduction of leaded gasoline, and declined after its removal. What havoc could have been avoided if that linkage had been discovered sooner?

We do know there has been a significant uptick in mass violence related to racial hatred, which doesn’t quite fit with Isakson’s description of “seemingly random” mass violence. Sooner or later you also have to consider the “implements” most frequently used, as well as the factors that trigger their use. This legislation would take some extremely politicized issues and put them under the microscope of experts on the subject of contagion.

We speak of mass violence in terms of a disease, but we could learn a lot more about that disease. Isakson’s proposal may seem at first to avoid the tough questions and forestall the inevitable debate over guns, but you never know where you’ll end up when you start at square one.

The total cost would be roughly equivalent to 10 Mueller reports ($32 million) or three times the president’s expenses for golfing trips as of last May ($102 million). That would be a bargain, if the research turned up anything useful.

This is the ultimate “even if” bill. Even if the winds of impeachment wafting from the U.S. House had not blown up into a hurricane, even this modest a proposal would have faced tough going in the U.S. Senate.

“Americans are right to demand action from their elected leaders, and I’m tired of seeing Congress respond with partisan politics instead of real solutions,” Isakson said last week.

Instead of accomplishing that action, Isakson’s parting action as a senator could be casting a vote in a Senate impeachment trial of the president. That storm is blowing hard right now, and it’s hard to imagine anything of substance getting done until it’s finished. But there may be a narrow opportunity.

The House Democrats have set an ambitious goal for completing the impeachment inquiry and sending their findings to the Senate by the end of October. On Monday, Senate Majority Leader Mitch McConnell said for the second time that he would have “no choice” but to begin an impeachment trial if the House votes for it, which means this drama could reach its climax by the end of the year.

Whatever happens regarding the Trump presidency, those in Congress interested in hanging on to their jobs should heed Isakson’s words. There is indeed a great hunger for them to do something, anything, besides bicker with each other. A bill which trains the resources of the CDC on the epidemic of mass murder could emerge as the most expeditious way to do that as the Senate waits for the House to finish its business. That would be a fitting ending for Isakson’s career.