By Guest Columnist NANCY FLAKE JOHNSON, president and CEO of the Urban League of Greater Atlanta

On more than one occasion when I share the many services of the Urban League of Greater Atlanta, I’ve had people say to me that our organization is one of the best-kept secrets in the city.

I have to agree with that sentiment. As the president of the Urban League of Greater Atlanta, one of my key goals for 2013 is to boost awareness about the League so more of our region’s residents will know of the many opportunities we have available to help them move up the economic ladder.

As one of the economic first responders in greater Atlanta, the League is committed to our economic empowerment focus in favor of our constituents (adults, youth and families throughout greater Atlanta) — whether it’s through jobs, careers, workforce education and training, youth development, housing or entrepreneurship.

Our objective is to foster investment in our region’s human capital and support youth and adults to achieve their highest human potential. We serve as advocates to ensure that all of our “human assets” in our community are linked to economic opportunities. 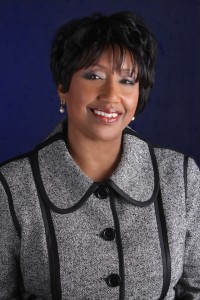 On Dec. 1, the Urban League will host our 51st Annual Equal Opportunity Day Dinner and Gala. This year, in addition to our distinguished group of metro Atlantan leaders, we will also have a special guest, Earvin “Magic” Johnson.

We are beyond thrilled to have him in attendance as we celebrate “Champions of Job Creation” — the theme for this year’s gala. We will present him with the “Business Champion of the Year” award for his record of investment in urban communities — including the City of Atlanta — which drives economic recovery and the opportunity to prosper which is a win-win strategy for all of us.

The Equal Opportunity Day Dinner and Gala, which serves as one of our primary fundraisers, recognizes individuals, corporations and organizations who champion equal opportunities for African-Americans and others in underserved communities.

As an example of our many programs, the Entrepreneurship Center (TEC) helps displaced workers create their own jobs and supports start-up and existing businesses to grow and expand, which helps create jobs and economic growth in our communities.

Two of our recent graduates, Hollie and Ellis Green, are proprietors of Jamaican Hots, a company selling gourmet pickles that are simply “DELICIOUS”!

The Greens began their TEC training with a strong desire to achieve the goal of business ownership. Over the years, they had experienced a series of setbacks that included unemployment, homelessness and health issues.

Ellis decided to take business classes at the Urban League TEC to update his business plan for his graphic design business, and his wife Hollie decided to tag along.

As she began to participate in the classes, she revealed she had a family recipe for a pickle product that she wanted to market. When they brought samples to the class, they were convinced they needed to redirect their business venture focus. The business plan classes and support services provided through the program helped the couple get to the next level.

The Greens have grown their business from selling more than 500 jars of gourmet pickles in four days at their first Americas Mart Gourmet Show in 2011 to their own 600 square foot commercial kitchen at the Sweet Auburn Curb Market in Atlanta.

According to Hollie and Ellis, “Without hesitation, we would not be where we are without the invaluable training, help and support that we received from the Urban League of Greater Atlanta. We were educated, challenged, informed and motivated from the first class.”

The Greens were also finalists in the Magic Johnson “What Inspires You” video contest recently and, while they did not win that ultimate prize, the success the Greens now have should serve as an inspiration for others who are facing tough times. These are the kinds of dreams we like to help come true.

We are excited about what the future holds for our country and our community. We believe that with the ongoing support of the people and the many community focused employers and organizations in the Atlanta area, we will continue to “Empower Communities and Change Lives” now and in the future.