Leinberger, the urban land use strategist and developer who also is a visiting fellow of the Brookings Institution, was the keynote speaker at Partnership Gwinnett’s Redevelopment Forum — put on by the Gwinnett Chamber of Commerce.

The half-day economic development conference at the Gwinnett Place Marriott in Duluth on Friday, Jan. 27, focused on redevelopment opportunities in the suburban county.

“I’ve been coming here for 30 years,” Leinberger told the group of 200 developers, engineers, architects, government officials and professionals. Metro Atlanta was part of Leinberger’s territory when he was working with Robert Charles Lesser & Co. 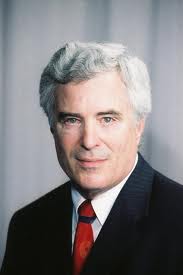 “I’m stunned,” Leinberger said of the county he knew has the home of Gwinnett Mall. “Here you are talking about fundamental change in how you develop your county. I’m shocked. It’s definitely not your grandfather’s Gwinnett.”

But Leinberger said Gwinnett and metro Atlanta have been falling behind economically — a stark contrast from the 1990s when the Atlanta region was one of the hottest markets in the country.

“You are being lapped in metro Atlanta. You are not hot today. You have been lapped,” Leinberger said. “I also know you can’t keep a good Atlanta down. There’s an entrepreneurial spirit here probably only second to Texas.”

“Basically, you have had a lost decade, and you may be winding up having a second lost decade,” Leinberger said. “Your housing market has tanked in the last decade. Your housing prices went down 29 percent.”

Leinberger also shared the bad news that in the recent rankings of the 200 world cities in the best economic health, metro Atlanta’s rank was 189 — “at the bottom of the world ranking,” he said. “This is not the Atlanta I’ve always known and loved.”

From his perspective, Atlanta lost its way when it quit investing in its transportation infrastructure — particularly rail. It also has been slow to meet the demand for people who want to live in walkable urban areas as opposed to “drivable suburban” communities.

“Atlanta was the capital of sprawl,” Leinberger said. That worked in an industrial economy. But that no longer works in today’s “knowledge experience economy.”

“If you don’t give the market what it wants, you will have a lost decade,” Leinberger said. “Young people in particular are demanding a walkable urban environment.”

Baby boomers now are becoming empty nesters, and they too are looking for different housing choices. The demographics also are changing. In the 1950s, 50 percent of the American population was households with children. Today, 75 percent of the nation’s households don’t have children, and that trend continues.

Leinberger spoke developer to developer. The land values of walkable urban neighborhoods are much higher than drivable suburban.

“Walkable urban places are different and complex to manage,” Leinberger said, adding that the financial rewards in developing walkable urban areas are “astronomical.”

Leinberger then gave the crowd a Top 10 list on what metro Atlanta needs to do to get back on top.

Items 1-5: Pass the transportation ballot measure. This is the most important infrastructure investment you can make. If you don’t pass it, you are condemned to be a 20th Century city.

6. Fast-track the BeltLine project in the City of Atlanta.

7: Identify 25 to 30 communities in the Atlanta region that can become walkable urban areas (don’t limit them to downtown and the central city. Develop areas that can be served by rail transportation.

“It’s not bus transit. It’s got to be rail,” Leinberger said. “I have yet to see the first dollar invested at a bus stop.”

10. Remember that metro Atlanta is one economy, similar to a baseball field —it only works when the infield and the outfield are working together.

As Leinberger sees it, arterials and multi-lane road ways divide communities. The solution?

Narrow those roadways, widen sidewalks, provide separated bicycle lanes. That will stimulate redevelopment opportunities that will contribute to a community’s property tax base by increasing land values.

Now the question is how Gwinnett will look like in 30 years.