From Valley Forge to Gettysburg, experiencing history makes an impact 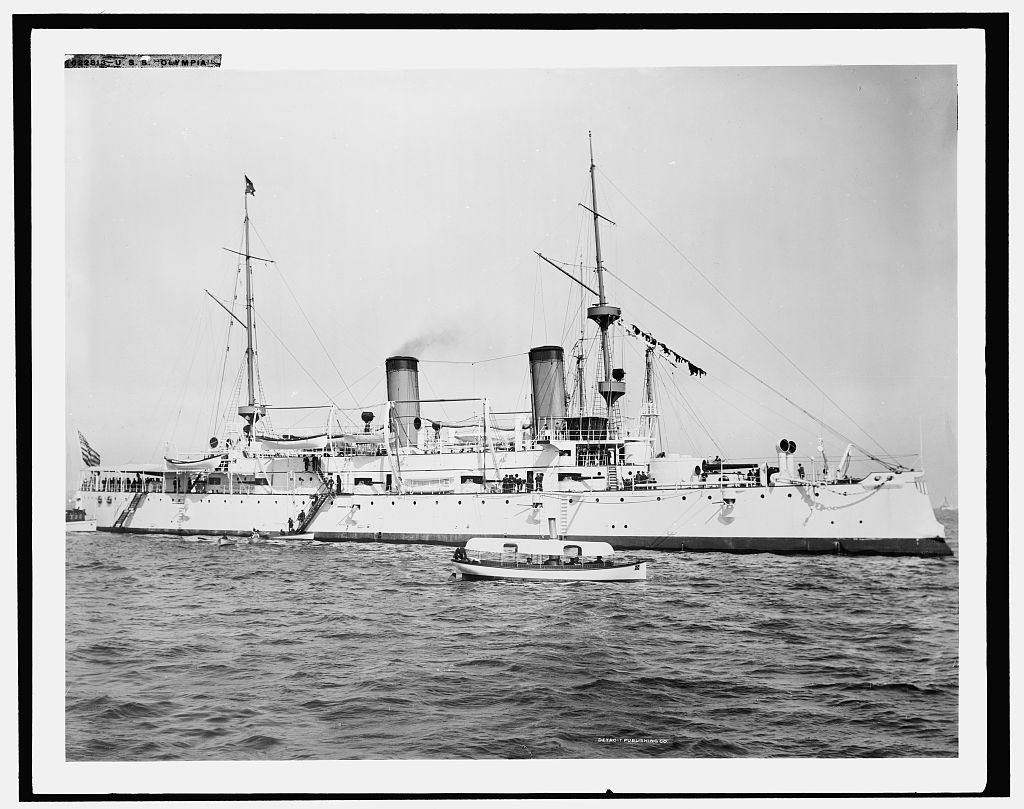 This week, CHARLIE CRAWFORD, president of the Georgia Battlefields Association, recalls the impact of childhood visits to historic sites. 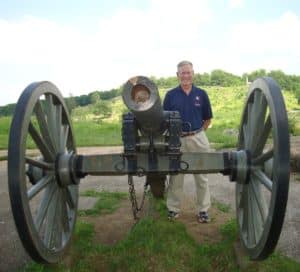 Charlie Crawford at the same gun seen below, 2016. Photo by Alice Mullis, courtesy of the author

When I grew up near Philadelphia in the 1950s, my school and family trips were often to historic sites, such as Independence Hall, Valley Forge, and USS Olympia, Commodore Dewey’s flagship during the Spanish-American War. I could read about and see photos of these places, but what better way to learn about their significance than to visit them?

Visiting Independence Hall on a hot summer day, I could better imagine being there in June 1776 debating whether to make the dangerous break from England, or in June 1787, arguing about whether to reform the Articles of Confederation or form a new type of government. On a bleak, windy February day at Valley Forge, even dressed in winter clothes and with a warm car not far away, I could get some idea of how Washington’s men suffered in 1778. Inside USS Olympia, I better understood what it was like for a sailor to be below deck, hot, cramped, and unable to know how the 1898 Battle of Manila Bay was going despite being an active participant.

Even in the days before the interstate highway system, Gettysburg was only two hours away from my home via U.S. 30. (We usually took U.S. 30, as Dad didn’t want to pay the toll on the Pennsylvania Turnpike.) Here was an even larger site to study, where the multiple-day battle became much more understandable once I had ridden the park service roads, clambered over the rocks of Devil’s Den, stood on the summit of Little Round Top, walked along the stone wall where a great uncle’s unit — the Philadelphia Brigade — had repulsed Pickett’s charge. 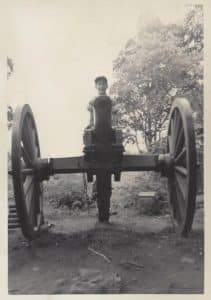 Charlie Crawford at Gettysburg, 1956. Photo by Robert Crawford, courtesy of the author

My interest in history continued, but I was fortunate to attend good public schools that augmented a seeming genetic capacity for math and science, and so I went to Georgia Tech in the 1960s. I left Tech with a B.S. degree and an Air Force commission. This led to many years in the service, where a scientific approach and an affinity for history and geography served me well.

In the late 1980s, while I was stationed in the D.C. area, a developer bought land adjacent to Manassas National Battlefield, about 25 miles west of Washington. The local media (TV, radio, newspapers — the internet not being ubiquitous then) picked up the story of preservationists resisting plans to build on land that, though outside the park boundary, included the site of Lee’s headquarters. The government had not wanted to spend the money to include all the historic land when Manassas National Battlefield Park was established 50 years prior. The limitation on how much land to include had always been an issue: the first four battlefields protected in the 1890s — Chickamauga, Vicksburg, Shiloh, and Gettysburg — were established as National Military Parks, with their acquisition costs partially justified by their potential as training areas in the event of war. Consequently, Chickamauga was used as a training ground for the Spanish-American War, and Gettysburg was the site of a large camp during World War I. Can you imagine something similar happening today?

In favor of the effort to prevent the development at Manassas and to have the federal government buy the land to expand the park, I joined a national group that was formed to prevent — or at least reduce — recurrence of such incidents. When I retired from the Air Force and moved to Atlanta, I sought out the local battlefield preservation organization, which led me to Georgia Battlefields Association. Working with state and local governments and national and local preservation groups, Georgia Battlefields Association has had some success in saving historic sites and increasing awareness not only of their existence but also of the need to preserve them. When I retire from my paying job, I envision doing volunteer preservation work  — looking for earthworks on undeveloped land, arguing for preservation at county commission rezoning meetings, conducting tours of historic sites, writing editorials, designing and funding historical markers — for as long as I’m physically able. Still, I often advise people that they should not get in the preservation business if they depress easily, as sites continue to be lost.

Chickamauga battlefield. Courtesy of the Georgia Department of Economic Development

So why continue the struggle? Preservationists want other people to better understand our shared history. Whether your ancestors arrived on the Mayflower or your family landed at Atlanta’s airport last year, you will be a better citizen and will be more prepared to cope with the disparate information that cascades towards us if you know how this country got to where it is. While you’ll learn from a visit to any historic site, whether it relates to the Revolutionary War or the struggle for civil rights, you should have some knowledge of the Civil War, quite likely the greatest crisis this nation ever faced. I want those battlefields to be around for this and every succeeding generation.

Charlie Crawford is office manager for an information technology consulting firm and president of Georgia Battlefields Association (www.georgiabattlefieds.org).  He retired from the Air Force after service in Vietnam, Europe, and several locations in the United States.  He has always liked to visit and learn from historic sites wherever he has lived.