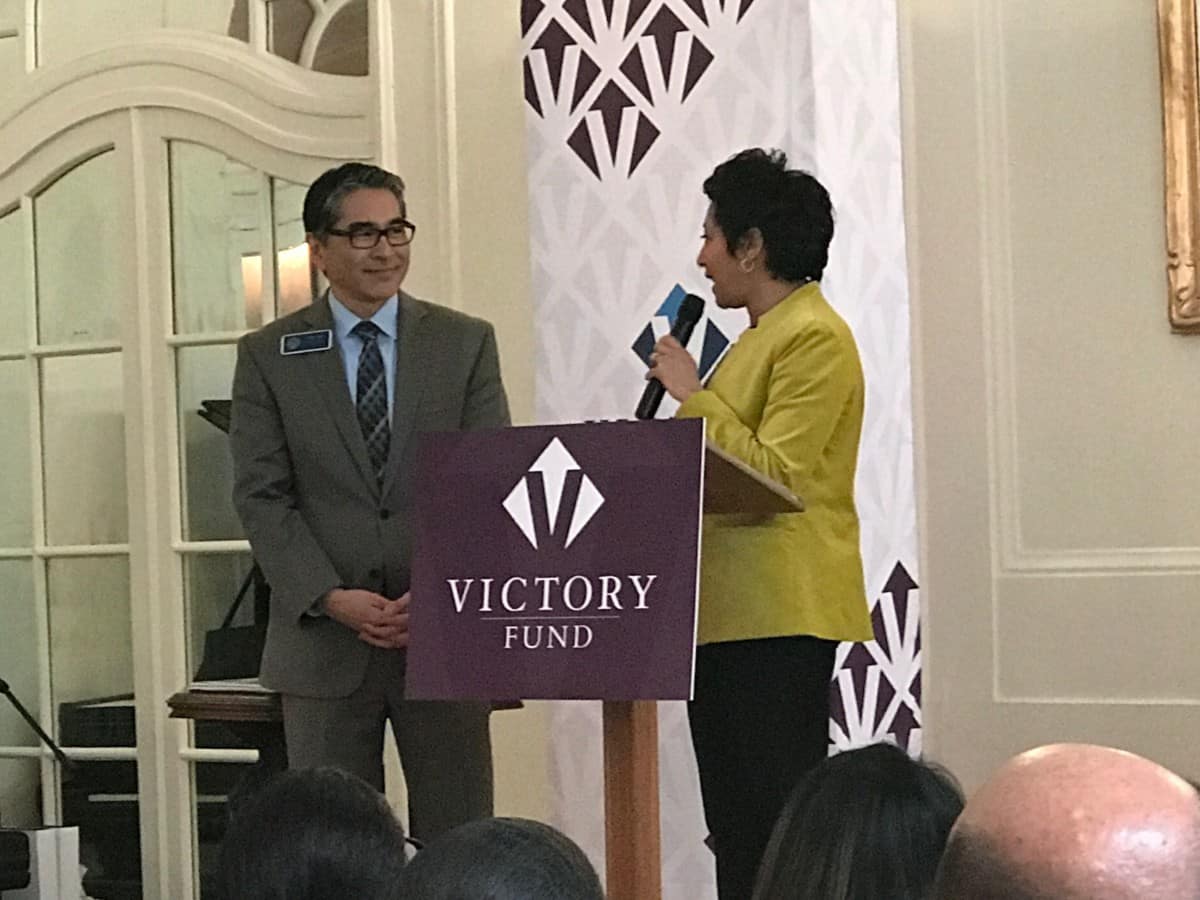 The Gay & Lesbian Victory Fund, the politican action committee dedicated to increasing the number of LGBTQ public officials in the country, brought its political might to Georgia Sunday.

The organization held a Victory Fund brunch at the Wimbish House with an expressed goal of electing Cathy Woolard as the next mayor of Atlanta and Alex Wan as the next president of the Atlanta City Council. Both of them received a Victory Fund Leadership Award.

“All eyes are on Atlanta right now,” said Aisha Moodie-Mills, president and CEO of the Washington, D.C.-based Victory Fund. “We are currently under attack by the current administration. LGBT leaders are the antidote to the leaders we see right now.” 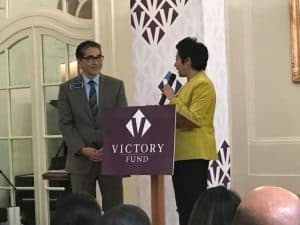 Moodie-Mills also said Georgia already stands out in country because there are more openly gay and lesbian elected officials in the state house than in any state in the South and the Mid-West.

But the Atlanta elections are particularly important she said because it would be continuing part of a legacy. Alex Wan is running for the office once held by Cathy Woolard, and openly gay advocate Kirk Rich is running for the City Council post currently held by Wan.

“We are going to invest every dollar that we raise today to ensure we have a victory in Atlanta,” Moodie Mills told the group of more than 100 people attending the brunch.

Both Wan and Woolard expressed appreciation to the Victory Fund.

“My love affair with the Victory Fund began a lucky 13 years ago,” Wan said. “Once you get elected, they help train us and educate us even more.”

Woolard said her association with the Victory Fund began 20 years ago.

“When I ran for the first time, there were no other gay elected officials in Georgia,” she said. “It helped so much to have this nationwide network.” 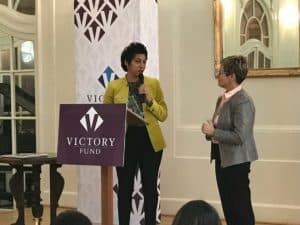 She then went on to say that “Atlanta is at an incredible transition point,” and the next mayor will determine how the city will grow. “We only have eight months.”

The keynote speaker at the brunch was LaWana Mayfield, the City Councilwoman from Charlotte, N.C., who has been at the forefront in the fight against House Bill 2, the controversial North Carolina transgender bathroom bill.

Calling it a bill that legislated hate, Mayfield said it has cost her state more than $562 million from business and sporting organizations that have decided to move their meetings outside of North Carolina.

She then urged everyone to commit to making a difference now by supporting and electing openly gay officials in their communities.

“You have amazing leadership here in Atlanta,” she said, adding that there are about 500 openly gay elected leaders in the country.

Previous Article
Column: Cristo Rey surpasses goal, raises $30 million for downtown school
Next Article
For a while it was king of the hill