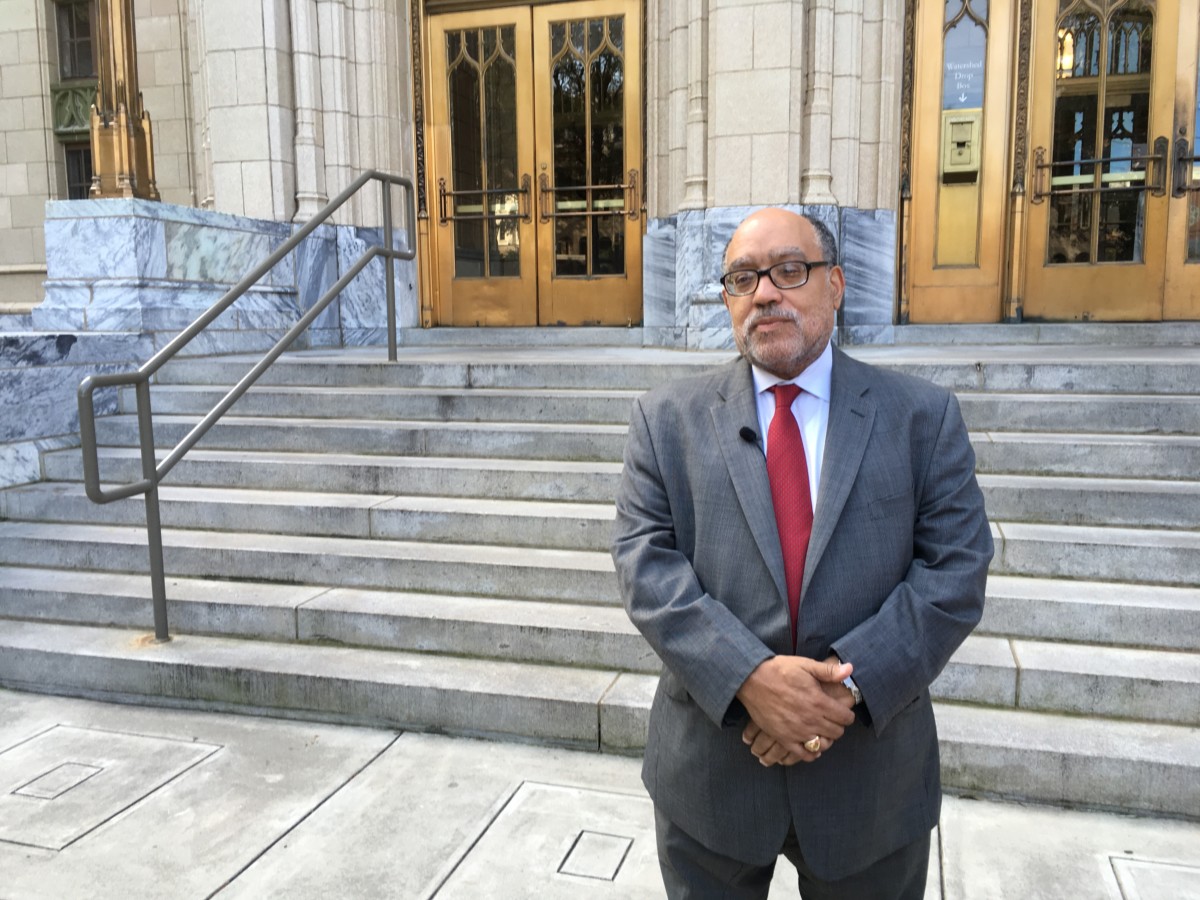 Vincent Fort, who got about 10 percent of the city's votes as a mayoral candidate, said on Wednesday at City Hall that he's not endorsing either runoff candidate but urged them to look to his platform. Credit: Maggie Lee
Share1
Tweet
Share
Pin
Pocket
WhatsApp
Buffer
Email
Reddit
1 Shares 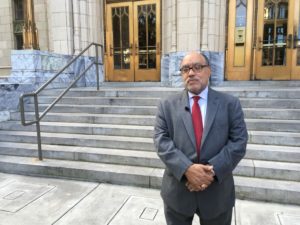 Vincent Fort, who got about 10 percent of the city’s votes as a mayoral candidate, said on Wednesday at City Hall that he’s not endorsing either runoff candidate but urged them to look to his platform. Credit: Maggie Lee

Vincent Fort, who said he ran a mayoral campaign designed to bring attention to the issues of income inequality and income immobility in Atlanta, announced on Wednesday that he’s not making an endorsement in the runoff.

“At this point, I’m asking my supporters to follow their consciences,” he said at a press conference on City Hall steps.

The choices for the roughly 10 percent of voters who went with Fort in the first round are Keisha Lance Bottoms and Mary Norwood.

He campaigned as a progressive insurgent — both Bernie Sanders and Killer Mike endorsed him.

“At this point, that [Fort campaign] issue platform is out there for both candidates to look at. And I hope they would use that as a template to approach the city’s issues,” said Fort.

He said the Fort campaign helped to focus not only the candidates but also the city on issues like housing affordability and income inequality. And he said his campaign and its allies helped accomplish things like the $15 dollar per hour minimum wage for city employees, a more robust conversation about affordable housing and lowering the punishment for small marijuana possession to a ticket only in Atlanta.

“Campaigns end but revolutions endure. The political revolution that my campaign embarked on for the last year will continue,” Fort said.

He said he sent a questionnaire to both Bottoms and Mary Norwood.

He said Norwood sent a detailed response which he will post online; and he said he’ll post Bottoms’ answers too, if they arrive.

He also said he’s known Norwood since the late 80s or early 90s when the Olympic stadium neighborhoods were being faced with redevelopment for the games. He said at that time, he was working with a coalition including neighbors there to try and get a better deal for them.

“I will just say that in my dealings with her [Norwood] and the coalition politics, that I’m a part of, I found that working with her was a viable option,” Fort said.

Pressed about those comments, Fort said not to interpret any comment as gravitating toward one candidate or another.

As for his own political career — Fort just left the state Senate, which he joined in 1997 — he said he’s not retiring. Though he has no immediate plans to run for any other office.

Previous Article
Another round of mayoral endorsements
Next Article
A glance back: Civil rights leader Hosea Williams and stolen Thanksgiving turkeys