Voluminous data shows the rich get richer, the older they get 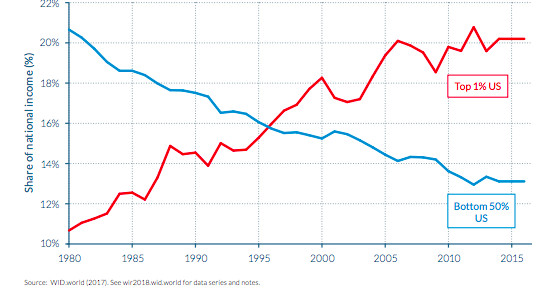 Over the past four years, the staff of the Center for Household Financial Stability at the Federal Reserve Bank of St. Louis has produced a series of essays titled “The Demographics of Wealth.” It draws on interviews with more than 40,000 heads of households, conducted over more than a quarter century, to examine how factors like race, age and education affect a family’s financial health.

You’re thinking, not exactly a summer beach read. No, but if you want a clear-eyed fix on the economy before the politicians start talking about it again, this is a great place to start.

A lot didn’t change over the years the economists surveyed. An older, college-educated white family was just as likely to be better off in 2013 than it had been in 1989. But some important things have changed.

The white working class decline, the essayists suggest, may be due to their “diminishing set of advantages over nonwhite working class families in terms of high school graduation rates, access to relatively high-paying jobs, and freedom from explicit workplace discrimination.”

How white upward mobility plays into this is a question addressed only in a few curious twists of the data. Your family wealth depends not only on whether you’re college educated, but whether your parents were college educated also. And if a child of college-educated parents doesn’t get a degree, they are likely to fall farther down the economic ladder than a child of working class parents.

There is no separate essay — yet — on the economic rise of Asian-American families, but this is one of the most dramatic changes documented in this mountain of research. In 1989 the median wealth of Asian-American families was less than half that of white families. They have passed white families already in median income, and are on course to pass them soon in median wealth. Seventy-three percent of the Asian-American heads of households in their late 30s had college degrees or certificates, compared to 54 percent of whites, 36 percent of blacks and 23 percent of Hispanics.

The most troubling changes in the nature of our wealth have to do with age. It’s the normal course of things for families to start out with few assets and accumulate more wealth over time, but the normal balance of age and wealth has been thrown seriously askew. Over a quarter century up to 2013, the median wealth of a family headed by someone 62 or older rose by 40 percent, while the median wealth of middle-age families plummeted 31 percent and younger families fell 28 percent.

Debt, and the Great Recession, have a lot to do with this. The 2008 recession eroded the wealth of Americans across all age groups. But older families, with older mortgages and no student debt, rebounded much faster than younger families.

Families headed by people born in the 1960s and 1970s are still behind schedule to be as wealthy as their parents when they get older, but it’s the families headed by those born in the 1980s who were hit hardest. They are the only age cohort which didn’t rebound after the recession: Between 2010 and 2016, they lost even more ground. This puts them at risk of becoming a “lost generation” for wealth accumulation, the authors write.

These essays measure changes that are slower, and deeper, than the monthly job reports or the market averages, which may make their political impact harder to measure. But they have a lot to say about where politics is headed.

Previous Article
Center for Workforce Innovation: Real Careers with Atlanta’s Leading Industries
Next Article
What To Do With 65 Masterworks