‘Vox Lux’ – movie starts with a bang, leads to boredom 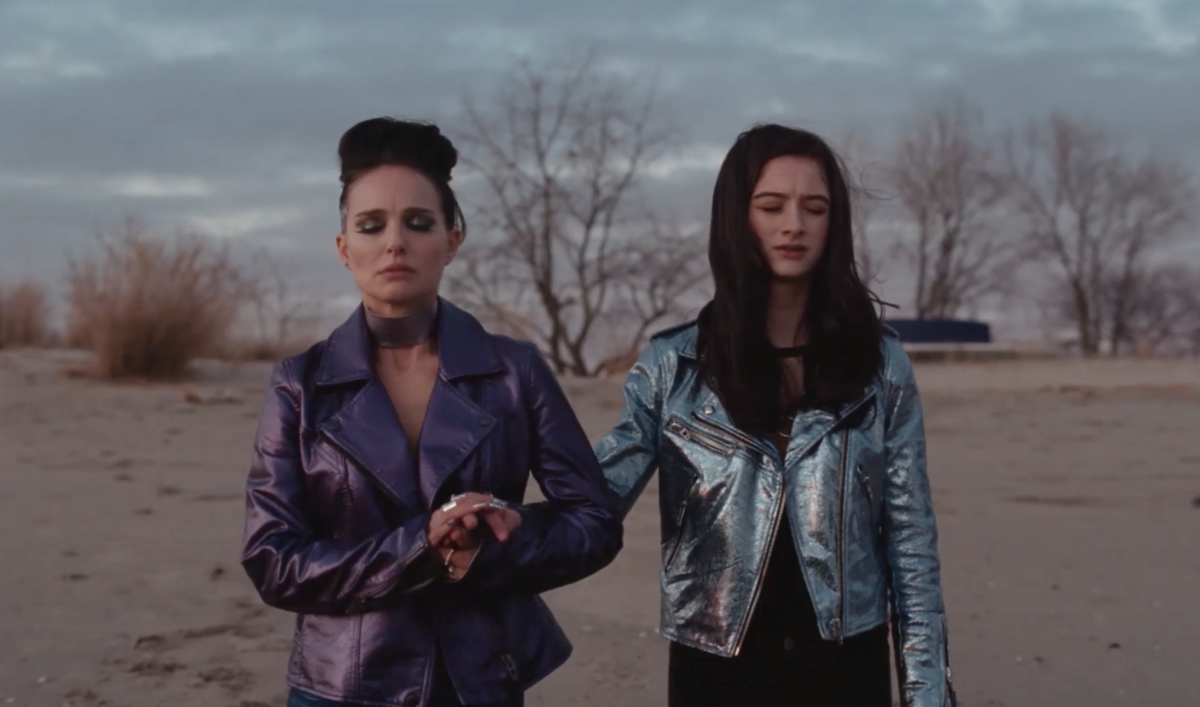 “She did possess that that proverbial something,” says narrator Willem Dafoe about the rock-star protagonist of “Vox Lux.”

The movie possesses that “proverbial something,” too, but whether that “something” is something you’d enjoy is debatable.

The film begins with a jolt. You could even say a bang. Literally. 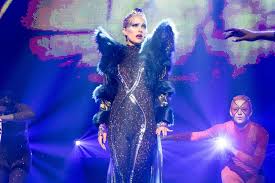 We’re in band class at a small Staten Island school in 1999, and the genial teacher is welcoming her students back from some sort of break. Then the door opens and in walks a crazy with a gun. As her classmates huddle helplessly in the back of the room, 13-year-old Celeste (Raffey Cassidy) tries talking to the gunman. “At least let everyone else go, and I’ll stay here with you,” she pleads.

Her courage is rewarded with a life-threatening bullet lodged in her neck and a long stay in rehab where she learns to walk again. Asked to speak at a memorial service for her classmates, she and her sister Eleanor (Stacy Martin) instead sing a song they’ve written.

The tune becomes a national anthem. And thus a pop diva is born.

Celeste travels to Sweden where she’s properly launched thanks to her somewhat sleazy manager (Jude Law) and a record company publicist (Jennifer Ehle) who massages her image. 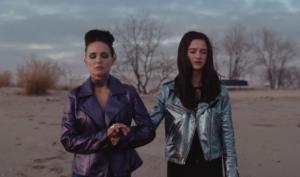 In other words, a star is manufactured.

We then skip ahead 17 or so years – the adult Celeste (Natalie Portman) is now a jaded and temperamental star with a daughter of her own (also played by Cassidy).  She’s about to perform a homecoming concert, but the day is shadowed by her usual demons – ego, alcohol, etc. And one more: there’s been a massacre at a beach resort in Croatia, and the terrorists were wearing iconic masks from one of Celeste’s earliest and most famous videos.

The film is divided into three acts: the school violence; Celeste’s rise to stardom; the day of her concert, which includes unhappy encounters with the press and fans; and the concert itself. 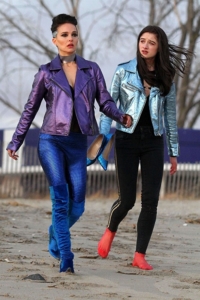 We are told by Dafoe that that Portman is “the prisoner of a gaudy and unlivable present,” which, I guess, is meant to explain why she’s such an uber bitch. But writer/director Brady Corbet doesn’t let us see Celeste’s transformation. One minute she’s a wide-eyed innocent (per Dafoe: “Kind and full of grace and at least she wrote her own lyrics”); the next she’s a total mess, a selfish and unrepentant harridan who speaks with a harsh New Yawk honk.

Portman’s performance is, in many ways, incredibly daring; at times her unrelieved nastiness recalls Jennifer Jason Leigh in “The Hateful Eight.” But she’s been given no grounding, no context. So her work also unbalances the picture.

But if I were as good as Portman and given as little as she’s been to work with, I’d probably swing for the fences, too. “Vox Lux” is a confused and unsatisfying attempt to comment on where we’ve been and where we are, put in pure pop culture terms. Interesting idea, but nihilism has rarely been this boring.