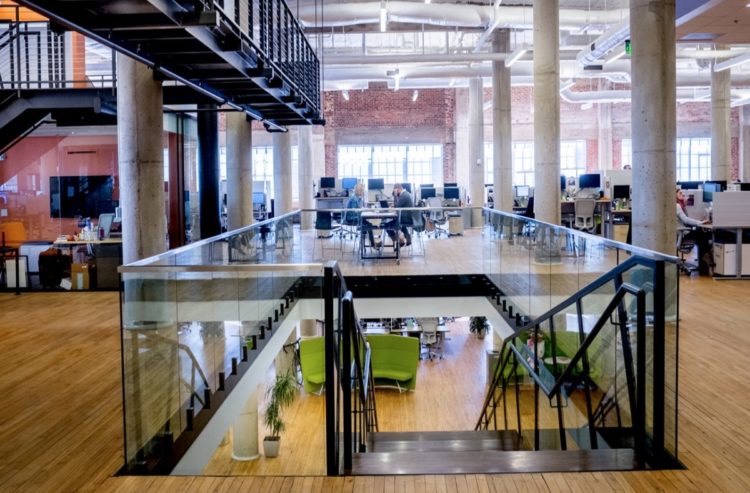 AthenaHealth, Inc., located at Ponce City Market, is among the high tech firms that have brought well-paid jobs to Atlanta. Some high tech companies are raising wages to attract workers, according to a new federal report. Credit: charlesrosearchitects.com

The tight labor market in metro Atlanta and across the Southeast is finally compelling employers to raise wages, if only for those in highly skilled and specialized fields, according to the Federal Reserves latest economic report. 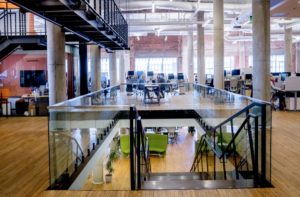 AthenaHealth, Inc., located at Ponce City Market, is among the high tech firms that have brought well-paid jobs to Atlanta. Some high tech companies are raising wages to attract workers, according to a new federal report. Credit: charlesrosearchitects.com

The report of higher wages stands in contrast to that of the Beige Book released in September. At that time, employers reported that they were turning down work rather than hiring more workers, especially in the construction sector.

What a difference three months have made. The Beige Book released Nov. 29 reported that employers are planning to hire, and to pay higher wages in those highly skilled sectors:

Some companies are going so far as to even open operations in areas where they can find an appropriate pool of labor:

Employers also expressed interest in hiring workers partly because the existing staff isn’t up to the task or is at, or beyond, its capacity: 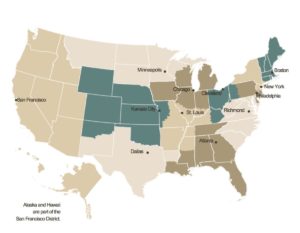 The Atlanta District of the Federal Reserve Bank covers Alabama, Florida and Georgia, and portions of Louisiana, Mississippi, and Tennessee. Credit: federalreserve.gov

Despite all this, the labor market is not all rosy in the Southeast. Employers reported that hiring is restrained by the bottom line:

That effort to keep costs low is manifesting in the use of incentives other than wages and total compensation to attract workers:

Employers also gave a nod to the notion that they want workers to feel a connection to their workforce:

This stands in stark contrast to the depth of the Great Recession, when large employers were jettisoning staff by the hundreds and creating workplaces that seemed design to encourage workers to quit.

As the economy has found its footing, a growing proportion of the workforce is contract labor. They have little in the way job security and benefits. Given the tenuous nature of the situation, workers seem to appreciate the new outreach from employers:

The Beige Book report by the Federal Reserve Bank of Atlanta contains anecdotal information provided by contacts in the private sector. The Atlanta Fed covers an area that includes Alabama, Florida and Georgia, and portions of Louisiana, Mississippi, and Tennessee.