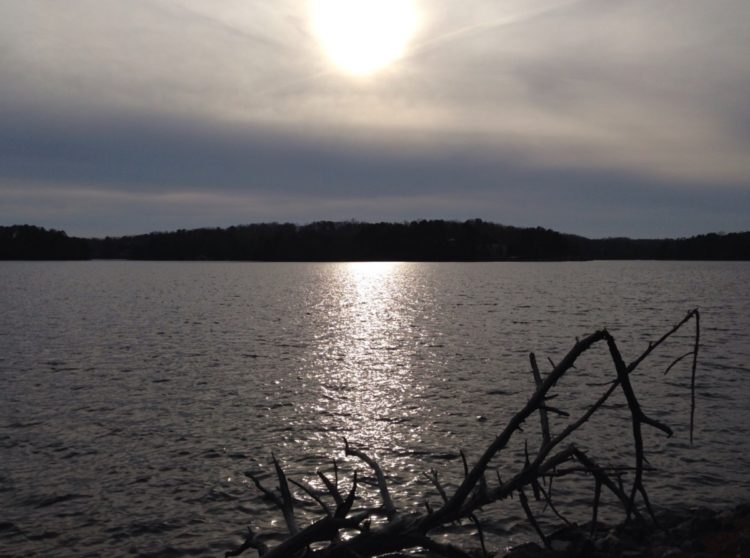 The water level in Lake Lanier rose about 4 feet in February due to rain and water conservation efforts, according to the Metropolitan North Georgia Water Planning District. Credit: wikimedia.org

The state has eased watering restriction in several counties in metro Atlanta. All types of outdoor water use is allowed, but landscapes can be watered only from 4 p.m. to 10 a.m., according to a new advisory from the Georgia Department of Natural Resources. 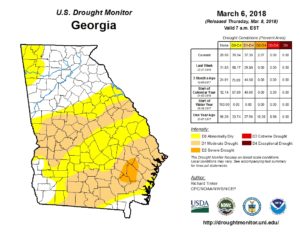 Dry and drought conditions have eased across portions of Georgia in 2018. Credit: droughtmonitor.unl.edu

“As expected, winter rains have refilled Lake Lanier, which serves as an important water supply for much of metro Atlanta,” Richard Dunn, director of the state Environmental Protection Division, said in a statement. “Drought-related restrictions were eased in other areas last fall, but the Level 1 Response was left in place to help the lake recover.”

The Level 1 response required public water systems that are permitted by the state to explain drought conditions to their customers and advise of the need to conserve water.

The Metropolitian North Georgia Water Planning District advised that Lake Lanier rose by about 4 feet in February. The increase was due to ongoing water conservation efforts as well as rain, according to the report, which advised residents to visit the mydropcounts website to learn more about conservation.

Dunn reminded that Lake Lanier’s water level is managed by the U.S. Corps of Engineers, which oversees the lake as a water reservoir and a source to maintain adequate water supplies along the Chattahoochee River basin. 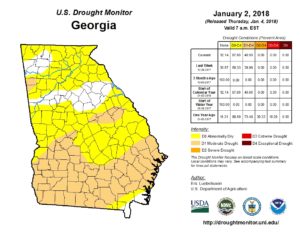 Portions of Georgia started the new year of 2018 in conditions that were abnormally dry or moderate drought. Credit: droughtmonitor.unl.edu

“The Corps is conducting navigation water releases from Lake Seminole in southwest Georgia to support river traffic,” Dunn said. “Although drought conditions have abated and there is sufficient streamflow into Lanier, EPD will continue to monitor conditions for any impact from the downstream releases.”

Maps produced by the U.S. Drought Monitor show dry conditions have lessened in parts of Georgia this year.

Particularly in North Georgia, the sections of abnormally dry land have been reduced from most of the state north of Sandy Springs to just the far northwestern area of the state.

Still, the dry conditions that have gripped Georgia remain in place, according to the report released Tuesday by the U.S. Drought Monitor. The Georgia report observed:

Looking ahead to the coming week, the dought monitor predicts moderate to heavy rains of 2 inches or more in northern sections of Georgia and Alabama. Rainfall in contiguous areas is forecast at less than a few tenths of an inch.