The unique initiative encourages folks to prioritize people over cars by creating safer and greener streets within our cities. There are several events hosted throughout the city this weekend — including Georgia Tech and Sweet Auburn — so be sure to check out the Park(ing) Day website to find a nearby event.

Officials with the Atlanta Police Foundation (APF), the facility’s lead planner, have repeatedly alluded to such programs in months of presentations to its Community Stakeholder Advisory Committee (CSAC), though it appears the actual discussions have taken place behind the scenes rather than in the public meetings.

At an Aug. 30 CSAC meeting, APF Chief Operating Officer Marshall Freeman said a “leadership building” that could double as hosting community events also would have a “recruitment hub” room. He said that would couple with the idea of “establishing some sort of academic or cadet program with the neighboring schools” and “youth programming” for grade-school students. He named the DeKalb County School District’s (DCSD) McNair High School as one potential partner.

DCSD spokesperson Donald B. Porter said the district and its police department have not heard anything from APF about such plans. Atlanta Public Schools did not offer comment.

CSAC chair Alison Clark previously proposed subcommittees to discuss such educational programs as well as green space. But, questioned by another member at the Aug. 30 meeting, she said those subcommittees are on hold for “logistics” issues. 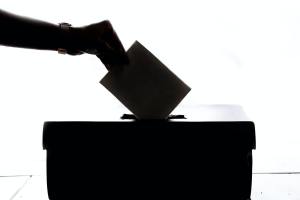 The policy change was approved by the County Board of Commissioners on Sept. 13. (Photo courtesy of Unsplash.)

DeKalb to offer County employees paid time off to vote

DeKalb County will offer its government employees paid time off (PTO) to vote in a new policy adopted this week.

The policy offers employees four hours of PTO to vote in any primary, general or runoff election, either on Election Day or for advance voting.

The County previously followed a state law that requires any employer to give employees two hours off to vote if their shift schedule does not already give them that much time to get to the polls before or after work. The law does not require that employees are paid for those two hours.

The policy change, approved by the County Board of Commissioners on Sept. 13, originated with a resolution from District 6 County Commissioner Ted Terry who originally proposed an Election Day holiday. The policy will take effect in time for the Nov. 8 general election.

“Our goal should always be to make sure voting is accessible to all,” Terry said in a press release. “By giving our workers designated time off to cast their ballot, we’re eliminating an obstacle that could keep them from the polls.” 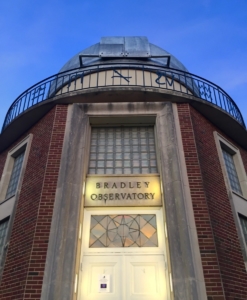 The college was ranked on a variety of categories, including first-year experiences, undergraduate teaching, social mobility, socioeconomic diversity and study abroad opportunities. (Photo by Kelly Jordan.)

Agnes Scott ranked no. 1 most innovative by U.S. News and World Report

This week, Agnes Scott College was ranked number one as the most innovative liberal arts college by the 2022/23 U.S. News and World Report Best Colleges rankings for the fifth year in a row.

The school also ranked highly in terms of socioeconomic diversity and social mobility. Nearly 60 percent of the student body comes from communities of color. One-third identify as African American and 14 percent as Hispanic. Two out of every five students are Pell Grant-eligible, and 29 percent are first-generation college students.

“Our goal is to promote a culture of excellence where our students’ intellectual curiosities are celebrated and nurtured and where inclusivity is a part of daily campus life,” said Leocadia Zak, president of Agnes Scott.

Under two new programs by the Georgia Strategic Charter School Growth Initiative, thousands of additional students throughout the state will have the chance to enroll in a public charter school.

Its two new programs — the Replication and Expansion Cohort and New School Leader Fellowship — were created to support the expansion, replication or creation of public charter schools, and nine schools were selected for each program.

The following schools were selected as participants in the first-ever Replication and Expansion Cohort program:

The inaugural cohort includes school leaders from Miles Ahead Charter School, Sankofa Montessori and The Anchor School. Participants will also receive a $100,000 stipend, and their schools will be eligible for up to $300,000 in grant funds to support their openings.

Out on Film, Atlanta’s 11-day LGBTQ film festival, is back from Sept. 22 to Oct. 2. In celebration of its 35th anniversary, Out on Film is screening over 150 movies — offered in person and virtually — telling stories for and about the LBGTQ community and its allies.

The festival kicks off with “Bros,” co-written by and starring Billy Eichner, followed by many films including “Taking the Long Road Home” by PFLAG National, Todd Flaherty’s “Chrissy Judy” and “Mama Bears” by Daresha Kyi.

Out on Film is an Atlanta-based news organization that helps showcase LGBTQ voices, supports artists and works with community leaders to elevate art’s role in the community.

For more details or to buy tickets for the film festival, click here.

This year's 11-day @OutOnFilm #LGBTQ+ festival in Atlanta, Georgia on Sep 22-Oct 2 is going to be uh-mazing! Share this preview of what you can expect at #OOF22 🏳️‍🌈🎬 pic.twitter.com/cPQIwP0Icj

Six journalists have been named to the Atlanta Press Club’s 2022 Hall of Fame class.

They will be inducted at a Nov. 10 ceremony at the Cobb Energy Performing Arts Centre. The honorees include:

Tickets to the induction ceremony are $75 for members and $100 for nonmembers. For details, see the Press Club website. 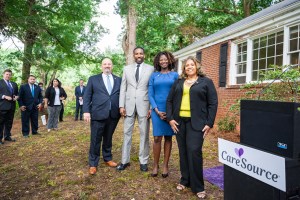 Earlier this week, CareSource announced a new investment in affordable housing in Atlanta, gifting $2.5 million to the ​​Atlanta Neighborhood Development Partnership (ANDP). The funds will support ANDP’s mission to acquire and rehabilitate 75 single-family homes that will be available as affordable rentals in the metro area.

ANDP is an Atlanta-based nonprofit that develops and advocates for affordable housing, aiming to increase access to safe housing and reduce the Black homeownership gap. With the help of CareSource’s investment, ANDP’s single-family rental portfolio has gone from 20 to almost 200 homes in 2022.

The announcement was made at a Sept. 12 event at a home funded by the investment that’s currently being renovated for the next tenant. Atlanta Mayor Andre Dickens attended the event, emphasizing the importance of affordable housing options in the city.

“We are indeed facing a critical shortage of affordable housing in the metro Atlanta region, and I remain committed to finding solutions to solve that problem and working with partners, whether they are state partners, federal partners, local partners or nonprofits and agencies like CareSource and ANDP to move Atlanta forward,” Dickens said.

As the state’s only nonprofit Medicaid provider, CareSource provides innovative programming and works with local organizations to address social determinants of health, health equity and access to care.

To combat the ongoing national nursing shortage, Atlanta philanthropist and businesswoman Audrey B. Morgan recently donated $5 million to fund nursing scholarship programs at Berry College. The industry took a hit during the height of the pandemic, compounded by a shortage of teachers and resources at local universities.

Berry also hired Carolyn Reilly, who comes from Emory University, to lead the growing program. Under this expansion, the college aims to double its number of nursing graduates.

The team is working on a fast-track program for students with extra credits from high school to complete a Bachelor of Science in Nursing one semester early. The nursing students also participate in a summer immersion between their junior and senior years to experience clinical nursing care in developing nations.

“While the care Berry students provide as nurses will be rooted in science, we hope it will be translated by their hearts and characterized by compassion fulfilling the unique educational mission of our founder Martha Berry,” Reilly wrote in a press release. “Our growth plan emphasizes the quality and compassion of our nursing graduates, and that has led to stellar NCLEX pass rates, 100% job placement before graduation, and success in health care settings.” 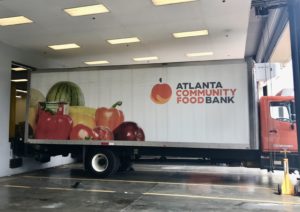 To mark Hunger Action Month, around 6,300 Publix team members across seven states will volunteer with 205 food banks and nonprofits that offer hunger relief. On Sept. 15, around 60 volunteers gathered at the Atlanta Community Food Bank to compile and help distribute food boxes.

In addition to this week’s service events, Publix Super Markets Charities (PSMC) will donate $5.65 million to 328 Feeding America member food banks and nonprofits throughout the Southeast, with $175,000 going to the Atlanta Community Food Bank.

The Atlanta Community Food Bank works with over 700 nonprofit partners to distribute over 65 million meals in 29 counties across metro Atlanta and north Georgia.

On Saturday, Sept. 17, the Southern Conservation Trust (SCT) is hosting its fourth annual Celebration of Conservation Benefit and Auction. Founded in 1993, SCT has over 65,000 acres under conservation in 13 states throughout the Southeast.

The event will celebrate conservation efforts throughout the region and the funds raised will support the nonprofit’s mission of expanding environmental education, access to nature in Georgia and SCT’s new Fayette Environmental Education Center.

The night’s line-up includes dinner, a raffle and a silent auction focusing on wildlife, outdoor recreation, sustainability and southern businesses. The main event is in person, but folks can join the silent auction online. The event will be held from 6 p.m. to 9 p.m. at The Dottie at Triumph Station.

Click here for more on the upcoming SCT benefit and auction.

IT'S TIME TO BID!

Our Celebration of Conservation virtual silent auction is now live! We have so many great items this year that you don't want to miss your chance to win!

Click the link below to start bidding on your favorite items!https://t.co/kclPpfkSOn pic.twitter.com/a1R9DijKzV