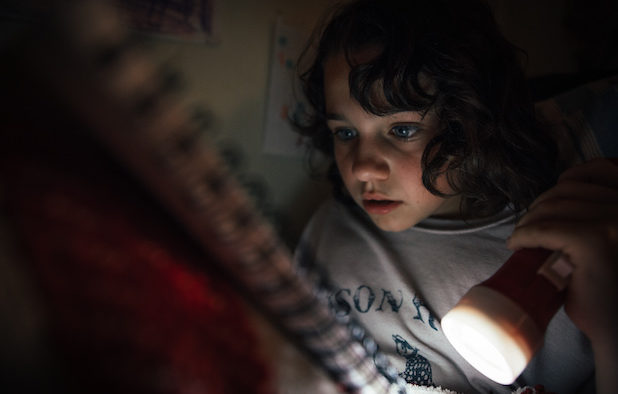 The tone of poetic fantasy that was so effective in Benh Zeitlin’s “Beasts of the Southern Wild,” proves a terrible fit for his newest work, “Wendy.”

A riff on J. M. Barrie’s classic, “Peter Pan and Wendy,” the movie begins promisingly at a dingy whistle-stop diner run by Wendy’s mom. It’s a friendly but distressingly dead-end place, where a boy who wants to grow up to be pirate is told he’s likelier to end up a mop-and-broom guy. 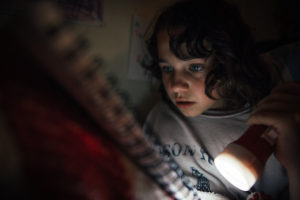 A scene from the “Wendy” movie

Within minutes, the kid has hopped a train to…well, it’s not Hogwarts. And for a time, his face shows up on milk cartons, along with those of other children who’ve disappeared.

Okay, so it’s not exactly Second Star to the Right and Straight on Till Morning. But for a mysterious way to get out of town, it has possibilities.  And one night, years later, a shadow appears in 10-year-old Wendy’s (Devin France) room.

It belongs, of course, to Peter (Yashua Mack), a bayou cherub in dreadlocks and a tattered prep school jacket whose cocky self-confidence is irresistible. No wonder Wendy and her twin older brothers follow him onto that same mystery train and are whisked away to, well, a strange island that could, if we’re being very charitable, pass for Barrie’s Neverland.

Here’s where things get…tricky?  Peter has a special relationship with Mother who is either a huge glowing catfish or a volcano or something. But believing in Mother is essential or else – gulp – you grow up. And in this Neverland, growing up is pretty pathetic; most everyone looks like they got lost at Woodstock and never made it out.

The movie simply gets more muddled and annoying – like late-period Terrence Malick. And anyone who treasures Barrie’s classic will find themselves getting more and more irritated by Zeitlin’s interpolations. For instance, in the original, “An awfully big adventure” doesn’t refer to growing up, as it does here. It refers to dying. And don’t get me started on what happens to a baby’s first laugh. 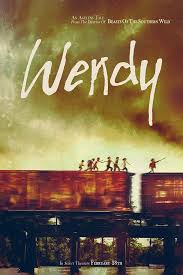 Of course, not every “Wendy” viewer is necessarily a “Peter Pan” purist. But the movie offers nothing in return. Fear of mortality isn’t the same thing as not wanting to grow up (though the two can be seen as intertwined). And what makes you grow up anyway?  Pain? Fear? Loss? Lack of belief?

Zeitlin obviously cares deeply about “Peter Pan.” He keeps circling it. He tells us that, in the end, Wendy grew up and Peter “become nothing more than a bedtime story.”

Compare that to Barrie’s version: “When they met again Wendy was a married woman and Peter was no more to her than a little dust in the box in which she kept her toys…You need not be sorry for her. She was one of the kind that likes to grow up. In the end she grew up of her own free will a day quicker than the other girls.”

Maybe there should be a moratorium on Peter Pan movies without his name in the title. The only version I can think of that is worse than “Wendy” is Spielberg’s “Hook.” And even then, it might be a toss-up.