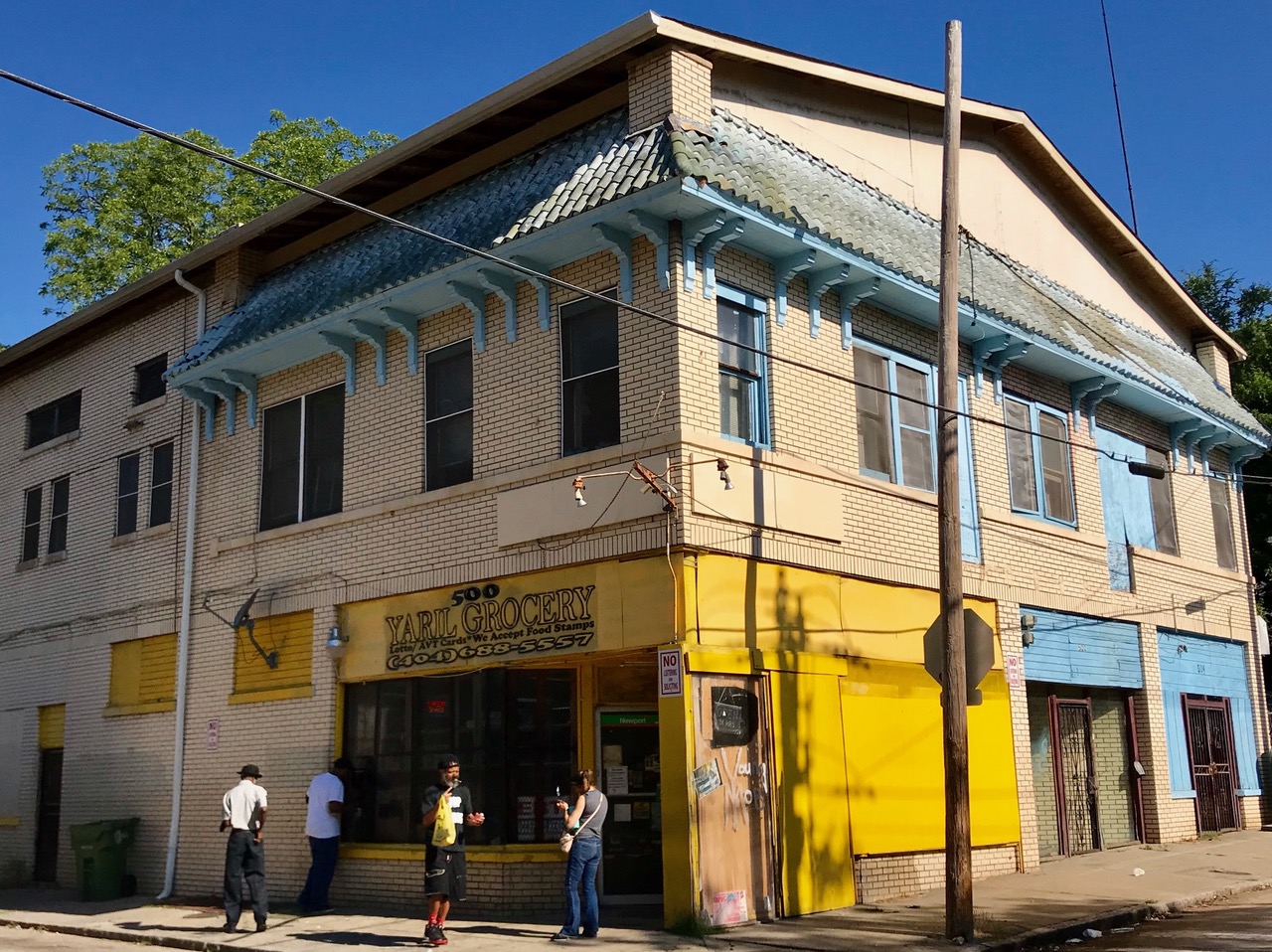 The Westside Future Fund has a acquired the “yellow store” – a key piece of property in the English Avenue community.

The announcement was made by John Ahmann, president and CEO of the Westside Future Fund, on Friday at the end of the Transform Westside Summit meeting at the Gathering Spot.

“The Westside Future Fund now owns the little yellow store on James P. Brawley,” Ahmann told the room of about 200 people. He added that the critical location of the building had been identified as a top priority for the community in the Westside Land Use Framework Plan. 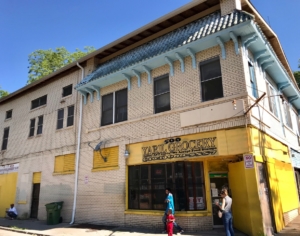 The “yellow store” in English Avenue (Photo by Kelly Jordan)

The Fund bought the property from Larry Cantrell for $600,000. His parents – Charles and Louise Cantrell – operated the Cantrell Sodas and Sundaes, a soda shop and ice cream parlor – going back 60 years. It served as a central gathering spot for residents during the heyday of English Avenue.

The property, however, has become a sore spot for the community in recent years where there was suspected criminal activity. There is only one tenant now in the building, and that operator will be out of the building within two weeks.

At one time, the building at 500 Kennedy St. NW (the former name of James P. Brawley Drive) was bustling with activity. It had four apartments upstairs, the soda shop, a record store and a shoe store downstairs.

The Westside Future Fund will commemorate the building’s legacy with a plaque dedicated to the former operators – Charles and Louise Cantrell – for their service as advocates for the English Avenue community for 50 years – often serving free food on Thanksgiving and Christmas to neighborhood residents. They also provided shelter to people in need.

“My parents would be thrilled to see the store they built come back to life as a community gathering place for everyone,” Larry Cantrell said in a statement. “I am proud to honor my parents’ legacy and look forward to its future plans.” 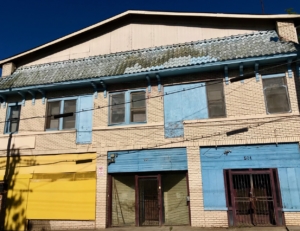 The “yellow store” in English Avenue (Photo by Kelly Jordan)

Ahmann told attendees at the Summit that the Fund will work with the community to decide the future of the building. There will be two community charettes for people to provide ideas for that corner.

“The building is in remarkably good shape,” said Lee Harrop, vice president of real estate development for the Westside Future Fund. “There will be some renovation we will need to do.”

Earlier this week, when Larry Cantrell dropped off the keys to the building, “he got teary-eyed,” Harrop said. Several people had approached him about buying the building.

Harrop said he decided to sell it to the WFF because “he wanted to sure his family’s legacy was preserved.”

The Westside Land Use Framework Plan – a two-year community process – addressed the need for housing, agriculture, historic preservation, market growth and amenities. The building at 500 Brawley was one of three locations that English Avenue neighborhood residents designated in the Westside Land Use Framework Plan for retail development to improve their access to essential goods and services to revitalize the community.

The “yellow store” is centrally positioned at the corner of Brawley and Cameron M. Alexander Boulevard. It is across the street from an agricultural garden, St. Marks Church and community housing. The property will fulfill key initiatives in the plan as it relates to diverse retail business growth and community amenities. 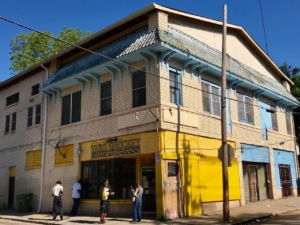 Another view of the “yellow store” in English Avenue (Kelly Jordan)

“As we work toward a greater inclusiveness and equity across our city, I am pleased that WFF is developing this property to encourage a thriving community in English Avenue,” Atlanta Mayor Keisha Lance Bottoms said in a statement..

Atlanta Councilmember Michael Julian Bond said he was excited to support the revitalization of the “historic yellow store” in the community.

“The Westside Land Use Framework Plan has been grounded in community input and involvement since the beginning, and this positive renewal of the ‘yellow store’ is another example of that resolution,” Bond said.

Atlanta Councilmember Antonio Brown agreed. “This is a win for the community, and I look forward to working with Westside Future Fund on the redevelopment of the historic ‘yellow store’ in alignment with the interest of the community and the Westside Land Use Framework Plan,” he said.

The Westside Blue Security Patrol will operate out of the property on a temporary basis until the WFF and the English Avenue Neighborhood Association along with other partners have been able to collaborate on a vision for development. The meetings will be facilitated by the Atlanta-based firm APD Urban Planning and Management. 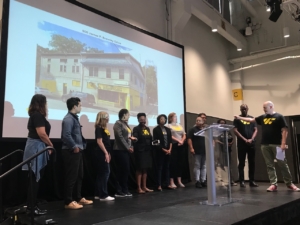 John Ahmann, president and CEO of the Westside Future Fund (far right), invites his team to the stage for the announcement of the “yellow store” acquisition (Photo by Maria Saporta)

“Our desire is to reignite the energy of the ‘yellow store’ that residents experienced so many years ago and to help revitalize this central location for the community in alignment with the objectives that English Avenue residents voiced in the Westside Land Use Framework Plan,” Ahmann said.

The purchase was embraced by community leaders.

“The ‘yellow store’ was a symbol of connection and camaraderie, and we want to ensure the community has a voice in how it can best serve English Avenue residents in the future,” Nicholas Stewart, president of the English Avenue Neighborhood Association, said in a statement.